‘Tummy time’ is important for your baby’s development 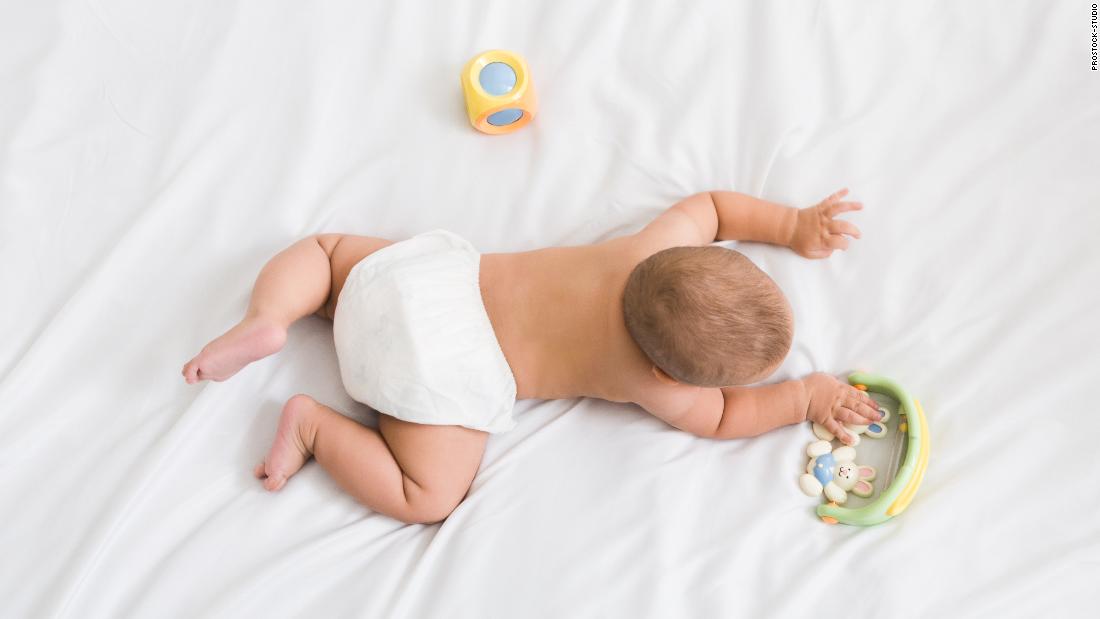 While you have a little extra free time in the house quarantining during the pandemic, it’s a good way to make sure you’re helping your baby develop optimally.

Tummy time is a type of physical activity recommended for babies who are less than 6 months old. Prior to their learning how to roll over or crawl, it’s a simple way to help babies begin to develop their basic motor skills.

Researchers from the University of Wollongong in Australia reviewed the findings that researchers had reported in 16 published studies. In total, those studies had examined 4,237 participants from eight countries. The review was released Tuesday.

The new paper, “Tummy Time and Infant Health Outcomes: A Systemic Review,” concluded that tummy time is positively associated with gross motor and total development, as well as the ability to move while prone or supine, which includes crawling and rolling.

During tummy time, the time the baby is awake on his or her stomach, can help ameliorate certain negative effects, such as plagiocephaly, or flat head syndrome. Head flattening can be associated with babies spending too much time laying on their backs and can require treatment later.

“Tummy time can sometimes take a back seat,” said Dr. Jennifer Shu, the author of “Heading Home With Your Newborn” and medical editor of the American Academy of Pediatrics’ website for parents, HealthyChildren.org.

But she noted that it’s important to try and carve out time blocks each day for the practice, totaling 30 minutes over a 24-hour period.

“This really does affect how your baby will roll or crawl,” she said.

In 1992, in reaction to the high prevalence of sudden infant death syndrome, the American Academy of Pediatrics recommended that babies be laid down on their back — in a supine position — to sleep.

The resulting Back to Sleep campaign is credited with helping reduce the number of babies who died from so-called “crib death.”
Although babies’ lives were being saved, pediatricians and researchers observed a separate trend: Babies laid down to sleep or rest on their backs tended to develop motor skills more slowly and had increased amounts of abnormalities in head shape. According to the American Academy of Pediatrics, these include brachycephaly — a symmetrically flat head — as well as plagiocephaly, a condition in which a baby’s head is asymmetrically flat on one side.

To easy into tummy time, experts recommended starting as early as when parents and a newborn return home from the hospital, starting with just a few minutes each day, gradually working up to a half hour daily, and then to a full hour daily.

Tummy time can lead to “small yet tangible goals parent can strive to meet,” the study’s authors wrote. These can include sparking the littlest developments that are part of being human: the ability to lift one’s head, the ability to move arms and legs while laying down and our ability to sit with our arms supporting us.

Tummy time can also improve a baby’s cardiovascular health and help improve an infant’s body mass index, or BMI, according to research included in the review.

The World Health Organization recommends tummy time as the best form of physical activity for infants less than 1 year old.

Many parents don’t give their babies tummy time

Though it’s been a recommendation for more than two decades, not all parents have their babies do tummy time.

In Australia, where the review was conducted, the authors pointed out data showing that adherence to infant physical activity guidelines is 75% for child care providers, but just 30% for parents. They say those low adherence rates can be correlated with older parents and low education levels, and that receiving information about tummy time from a pediatrician doesn’t actually have a significant mark on whether or not parents do it.

So the scientists argued for more research into the drivers behind why parents aren’t taking up the activity.

One basic reason tummy time might not be intuitive is that babies tend to cry when left by themselves on the floor, Shu explained. Parents not wanting to hear babies cry might scoop their kids right back up to soothe them.

“People are busy and babies don’t like it,” she said. That’s all the more reason to introduce tummy time gradually right from the time a newborn comes home so it becomes part of the daily routine for both parents and baby alike.

Shu advised parents that one of the best parts of the day for tummy time could be “right after changing their diaper.”