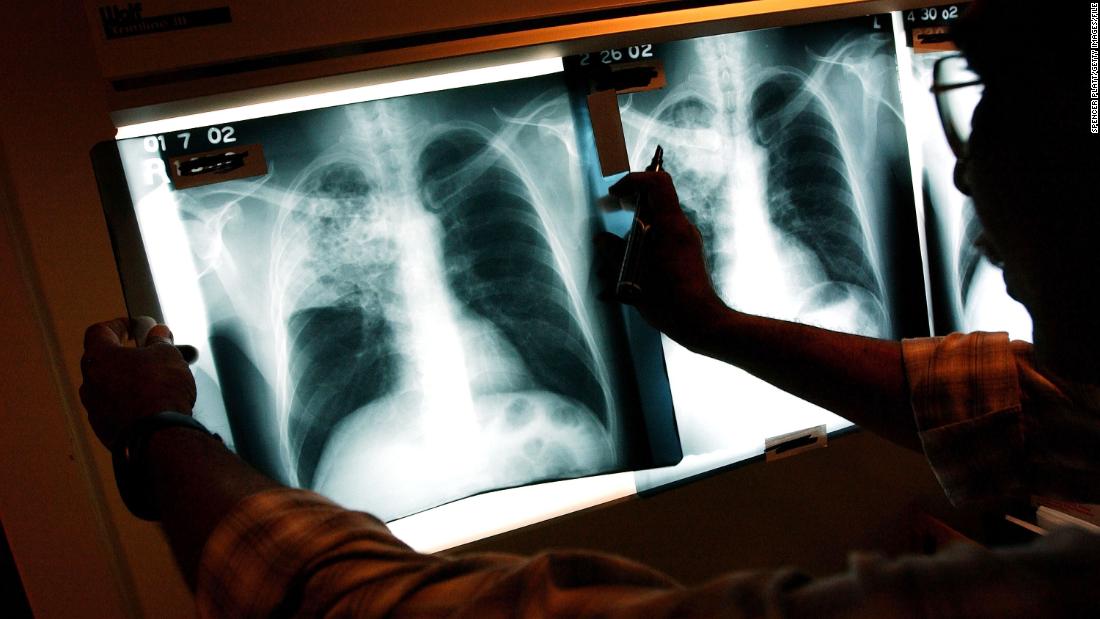 Latent TB infection:
– A person infected with latent TB shows no sign of symptoms and may not feel sick.
– A skin or blood test will indicate if a person has been infected with the bacteria.
– It is not possible to spread the TB bacteria from the infected person to others.
– Individuals with a latent TB infection may never develop the disease, as bacteria remains dormant. In other cases, especially involving people with a weak immune system, the bacteria may become active and cause TB disease.
– Treatment is required to ensure the infected person does not develop active TB disease but in some cases preventative treatment may not be an option.
– Without treatment, about 5-10% of individuals infected with latent TB will develop the disease.

TB disease:
– Symptoms of TB of the lungs include coughing up blood and chest pain.
– Other symptoms include weight loss, night sweats, fever, chills and fatigue.
– It is possible to spread the TB bacteria from the infected person to others.
– A skin or blood test will indicate if a person has been infected with the bacteria.
– Treatment involves a combination of drugs taken for six to nine months.
– Persons with a weak immune system, such as those with HIV or diabetes mellitus, are more prone to catching the TB disease.
– TB is one of the leading causes of death for people infected with HIV worldwide.

TB spreads through the air when a person with an active TB infection coughs, sneezes, speaks or sings. Germs can stay in the air for hours.

TB germs are not spread via sharing food, shaking hands and touching toilet seats.
In 2018, about 10 million people worldwide became ill with TB, and 1.5 million died (including about 250,000 with HIV).
Approximately two billion people, one-third of the world’s population, are infected with latent TB.
In 2019, a total of 8,920 new TB cases were reported in the United States, the lowest case count on record in the United States. Still, the CDC cautions that a recent model predicted that the goal of TB elimination in the United States will not be attained during the 21st century without increased investment in detection and treatment of latent TB infection.
Up to 13 million people in the US are living with latent TB.
Multidrug-resistant TB (MDR-TB) occurs when the bacteria is resistant to isoniazid and rifampin, two first-line antibiotics used to treat TB. Extensively drug-resistant TB (XDR-TB) is a form of MDR-TB that is resistant to isoniazid and rifampin, in addition to fluoroquinolones and injectable second-line drugs.

1865 – French military doctor Jean-Antoine Villemin proves the illness can transmit from human to animal or from animal to animal.

1800s – Tuberculosis causes as much as one-quarter of all deaths in Europe during the 19th century. Famous people who die from tuberculosis include John Keats, Frédéric Chopin, Charlotte, Emily and Anne Bronte, Anton Chekhov and Franz Kafka.

1930 – In Germany, more than 70 infants who received the BCG vaccine die of TB. It is later concluded that the vaccine was contaminated in the lab.

1944 – Microbiologist, Selman A. Waksman and his associates at Rutgers University reports the discovery of a new antibiotic called streptomycin.

1952 – A scientific journal publishes studies heralding the success of a breakthrough treatment called isoniazid.
1985-1992 – Tuberculosis makes a resurgence. Scientists attribute this to factors including the spread of HIV.
1994 – The World Health Organization declares tuberculosis a global emergency.
1995 – The WHO launches Directly Observed Therapy Short-Course (DOTS). It is a treatment plan containing five components including standardized recording and reporting.
2008 – The WHO reports the highest rates of multidrug resistant TB (MDR-TB) worldwide.
December 8, 2010 – The WHO endorses a new test that diagnoses tuberculosis within hours instead of months.

May 26, 2011 – Nearly 700 patients and 100 employees are exposed to tuberculosis at Emory University Hospital in Atlanta after interacting with a hospital employee carrying the disease.

2013-2014 – A sick employee at a Texas hospital exposes more than 700 infants and 43 staffers to tuberculosis.
2015 – Three hundred and fifty infants as well as 368 mothers or parents are potentially exposed to tuberculosis at a California medical center. Those exposed may have interacted with an employee who had TB and worked in the nursery.
2018 – A promising new vaccine called M72/AS01E is shown to be effective in many people already infected with TB.