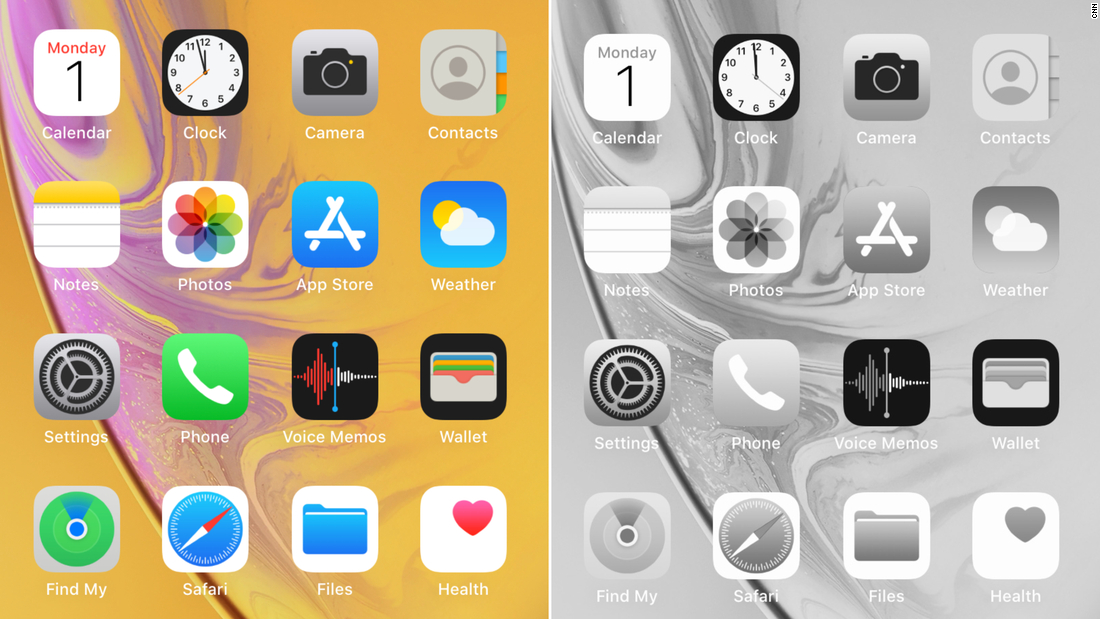 In fact, sheltering in place can lead to a nearly 60% increase in the amount of content people consume across all devices, according to a March report from Nielsen.
More than a quarter of parents and 36% of teens wake up to check their phones at least once at night, and more than half of teens and parents said they feel distracted by their mobile device at least once a day, according to a 2019 report from Common Sense Media.

American teens spent an average of seven hours and 22 minutes on screens each day in 2019 — not including screens used for school work. And that was before the pandemic pushed people’s social lives onto Zoom video chats.

Designed to grab you

There’s a reason why your phone is hard to put down: Those bright red notifications on your phone are designed to capture your attention. Science has revealed that human brains are triggered by things that are bright and shiny. That’s why one of the easiest hacks for combating cell phone overload is to zap the color out of your phone by putting it in grayscale mode.

“Research shows that we as humans are very visually based. We like to engage with visual things, including smartphone screens,” said Daria Kuss, an associate professor of psychology at the UK’s Nottingham Trent University. Kuss specializes in smartphone use and internet addiction.

“Once you are really engaging with a black and white screen, the likelihood of you spending a lot of time with that screen is certainly reduced.”

Grayscale mode is an accessibility setting in most smartphones that was created to help software developers design products for visually impaired users. But for other users, it also has the effect of making the screen less fun and engaging.

College students who put their phones in grayscale spent significantly less time browsing the internet and on social media apps, and their average daily screen time was reduced by nearly 40 minutes, according to a recent study by the University of North Dakota.

Grayscale helps subvert the tech designers’ goal of getting you to spend more time on your device, said Alex J. Holte, lead author and a doctoral student in the University of Dakota’s department of psychology.

“The individuals who create these applications want us to use them often,” Holte told CNN. “Each application icon is very bright and they are very attractive colors for our brains’ attentional center.”

It’s one explanation behind why Instagram and Google have redesigned their logos in the last several years to have bolder, warmer colors — vivid hues lead to more taps and clicks.

“Phone use becomes habitual. We associate phone use as being rewarding, so if you make it less rewarding, it kind of breaks that circular chain of events,” Holte explained. “So then if you would compare, ‘Oh am I going to go on my phone that’s in black and white or am I going to go outside?’ — it becomes more of an even battlefield in terms of choosing which option would be more gratifying.”

In a follow-up study, Holte found that students using grayscale also felt less compelled to check their phone notifications. But he noted that phone use differs greatly from user to user.

For example, even though red notifications are designed like tiny stop signs demanding your attention, there’s always that one friend who doesn’t mind having 10,000 unread emails.

Regardless of your phone use behavior, if you’re personally motivated to use it less, Holte said using grayscale mode is a good way to take back control of your device during lockdown.

Take back control of phone use

The Center for Human Technology, a nonprofit group run by a former Google design ethicist that aims to raise awareness about companies’ attention-grabbing business models, has argued that constant access to technology is creating shorter attention spans, smartphone addiction and turning life into a competition for likes.

The center has said grayscale is just one way to “take back control” — it also suggested removing nonessential apps from your home screen and turning off all notifications, except those that come directly from people, such as texts and phone calls.

Psychology professor Kuss agreed that turning off notifications is one of the most useful tips for more mindful smartphone use. That’s because checking notifications can become a force of habit and even evoke distracting emotions. Work emails can induce stress and social media likes can cause elation — but both emotions make you less focused from the moment you glanced at the phone.

“Research shows simply having your smartphone on the table without actually using it really distracts people from the task at hand, makes them less productive,” Kuss said.

She also recommended sometimes leaving your phone in another room, banning phones from the bedroom and having “smartphone-free” chunks of time built into your day. Spending a little time without your phone can make you more conscious of how much time you spend glued to it.

“It’s almost an adult pacifier,” Kuss said. “People don’t get a real sense of how much time is passing when they’re looking at the screen.”

Most people greatly underestimate the time they spend on their smartphone, Kuss told CNN. But she also said only a small minority of people are clinically addicted to their phones. For everyone else, though, more conscientious phone use can lead to better sleep, improved mental health and more productivity.

How to make your phone go gray

A word of caution: It will make your phone entirely less appealing, and you may even find yourself feeling less distracted and staring at the bright colors in the world around you.