Try this night walk: A listening adventure for you and your kids 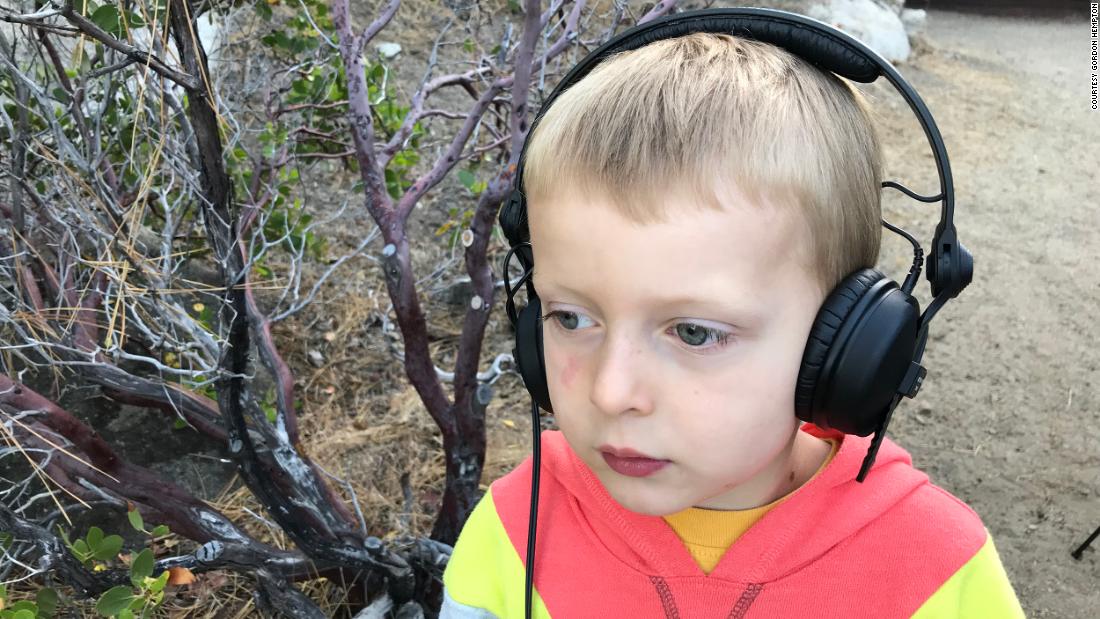 Nico and I were off on our first listening walk, and my first step was to loosen the reins.

“You want to be a true listener,” said Hempton, explaining that I should let my son lead us out into the evening and see where his curiosity went.

I had just heard from a mother of one of my son’s day care classmates that her child had a doll named Nico whom she constantly admonished to “Focus!” So, learning from Hempton that my son might be a good natural listener was music to my ears.

“Parents have adapted to a noise-polluted world by learning not to listen because noise is useless information,” he said, “So we actually teach our children, by example, not to listen.”

But children, Hempton told me, are born listeners.

“What if we stop what we’re doing and, while our children are still young and before they learn from us not to listen,” he said, “we instead just turn our attention to what they want to hear?”

The best part? Here was a little adventure we could embark on together right in our backyard. Nico was delighted to leave home under the cover of darkness. And I, too, was excited to switch up our routine.

So, we set out into the insect-filled Florida night to listen for what we might hear.

In the animal world, there’s no debate that natural listening skills are essential to survival. Consider a pond alive with the croaking of frogs or a coyote’s howl — even an alley cat’s yowl — and it’s clear that nature is in constant communication.

“All animals listen — closely — for predators, prey and mates,” said Jesse Barber, associate professor in the department of biological sciences at Boise State University in Idaho.

“For predators, repeatedly missing auditory opportunities can mean a season without reproduction,” he said, “For prey, a missed sound can mean their lives.”

Humans with healthy hearing are able to distinguish between very subtle changes in the frequency of sound, called pitch.

And young children, in particular, are tuning in.

“Kids are highly aware of all sounds around them in their environment,” said Brian Fligor, who has a doctorate in audiology and is the president of Boston-based audiology practice Tobias & Battite Hearing Wellness. “It’s one of the reasons they’re so highly distractible.”

Authority figures such as teachers and parents have a tendency to tell children not to be distracted, Fligor said, adding that it’s good to be able to focus on a task.

“But we have this blank slate when we’re born, this wonderful hearing ability to attend to the sounds of Mom’s voice and hear the way she says things,” Fligor said, “That’s an example of how finely tuned our hearing is that we detect the minute variations in the way things are said, not just how.”

Nature’s classroom is outside your door

With homeschooling and virtual learning becoming more mainstream in pandemic times — and with many of us spending more time in our own backyards — there is all the more motivation to get outside for some free lessons in nature right now.

And the benefits are many.

“A sense of ecological literacy is as important to our existence as a species as text-based literacy,” said Mark Bailey, a professor in the college of education at Pacific University, near Portland, Oregon.

Bailey founded the university’s Early Learning Community, a school for children in preschool through second grade that has a classroom under a 50-foot-tall Douglas fir tree where kids can “explore the world in numeracy, literacy and science — all in an outdoor setting,” he said.

Nighttime tends to bring the sounds of nature to the forefront as human-made noises taper off in the evening. And that’s also when many insects and other animals become most vocal.

“The natural world actually has a far better sense of hearing than sense of sight; it’s why so much of the natural world is alive and active at night,” said Bailey, who leads students on listening walks in wetlands in the Pacific Northwest.

But there is no reason why you couldn’t take a listening walk during the daytime, too, in a place with plenty of natural quiet, he said.

“I try to foster the sense of magic,” he said, “that sense of deep animal connection.”

Listening to my son listening

As I walked with my son around our local wetlands — the community retention pond that ebbs and flows with street runoff after summer storms — it turned out it was my son fostering the magic in me.

As he led the way, he shared a running commentary of the night calls and splashes around us: “Crickets!” “Frogs!” “A fish!”

A moth approached him from behind and he swatted as it buzzed by. “Mommy, I heard a butterfly,” he said.

A boy whooshed by on a bike in the darkness near where Nico sat inspecting some blades of grass. Unalarmed, without even looking up, he said, “That’s someone on a bike.”

When an out-of-sight neighbor began dragging a trash can up from the street, Nico bolted to my side. “Mommy, is it fireworks?” he asked.

I thought he’d missed a flock of birds squawking in V formation overhead at the same moment. “What kind of birds were those?” he asked, once he’d relaxed again.

Learn to do a listening walk

To head out on a listening walk, Hempton said to keep a few parameters in mind.

“If you don’t develop that sense of literacy and attachment and connection to the Earth early on, it’s really, really difficult later on,” Bailey said. “It’s ‘What can I get out of the Earth, (and) how the Earth can serve my purpose?’ instead of ‘How can I connect with this place?”

“Let the place happen,” Hempton said, “It’s not about what you’re thinking. There’s nothing to think but there’s everything to feel.”