Trump says US could return to normal by Easter. Health officials and state leaders are gearing up for a longer fight 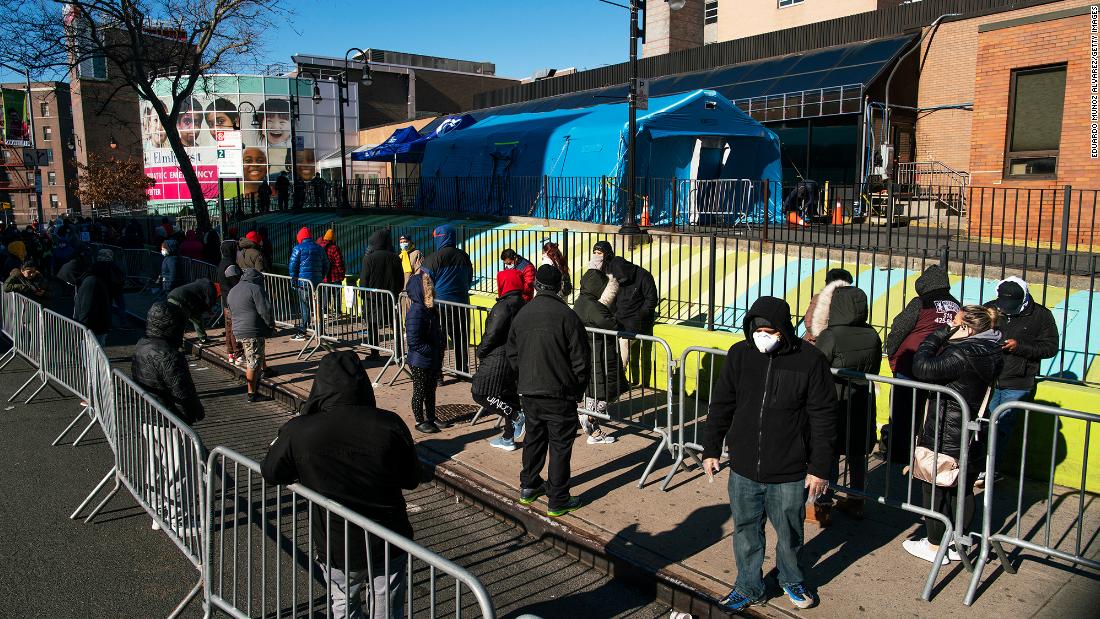 “I’m hopeful to have Americans working… by that Easter. That beautiful Easter Day,” Trump said, referring to April 12. “Rest assured every decision we make is grounded solely on the health, safety and well-being of our citizens.”

Trump’s comments came the same day World Health Organization (WHO) spokeswoman Margaret Harris said that based on a “very large acceleration” in the numbers of US coronavirus cases, the country has the “potential” to become the next epicenter.

At least 704 Americans have now died from the virus and more than 52,970 have been infected. Stay-at-home orders currently are in effect for more than half of the US population.

California Gov. Gavin Newsom, who issued a “stay at home” order last week said it’s likely the measure will stay in place over the next “eight to 12 weeks.”

“Hopefully then, we’ll be in a very different place than we are today but I think April for California would be sooner than any of the experts that I talked to would believe is possible.”

The state reported the death of a teenager from coronavirus on Tuesday. Although the Los Angeles County Department of Public Health later said there could be an “alternate explanation” for the death, the teen may be the first juvenile to have died from the coronavirus in the United States.

In Louisiana, which Gov. John Bel Edwards said is experiencing the fastest growth rate of coronavirus cases of anywhere in the world, residents have been ordered to stay home until April 12.
That order, the governor’s office said, will be revisited when it’s set to expire so officials can decide if it needs to be extended.

On Tuesday, the governor said the state was in need of more federal aid to battle the outbreak. The state has reported 1,388 cases and 46 deaths.

“It is still impossible to know exactly how long the COVID-19 pandemic will impact Louisiana, but what we do know is that we have more cases per capita than every state, except for New York and Washington,” Edwards said.

“We have overwhelmed our stocks of key resources needed for our hospitals, first responders and emergency managers. There will be a long-lasting impact on the state of Louisiana.”

As more states implement orders directing residents to stay home, the President has said he isn’t planning on a nationwide quarantine.

Social distancing guidelines set forth by the federal government earlier this month will expire next week. The “15 day pause” guidelines — among other suggestions — urged Americans to avoid public gatherings with more than 10 people.

But despite those guidelines, Trump told Fox News Tuesday that “packed churches all over our country” on Easter will fit “just about the timeline that I think is right.”

“I’m not sure that’s going to be the day, but I will love to aim it right at Easter Sunday,” he said.

One health official said the US has turned to Italy to understand how continuing social distancing measures can help slow the spread of the virus.

“We’re looking very closely around the world, specifically Italy right now because they are reaching their two weeks of clear social distancing — and looking at the impact, we are seeing the number of deaths starting to decline,” Dr. Deborah Birx, the White House coronavirus response coordinator, said on “The Today Show” on Tuesday.

“We’re in a space where people have made generalized recommendations for many decades on how to confront an epidemic,” Birx said. “Now we’re confronting a real epidemic.”

‘This is your future’

One state says the surge it is seeing in reported cases should be a warning as to what might come next for the rest of the country.

“We are just a test case,” New York Gov. Andrew Cuomo said. The state has seen the most dramatic increase in the number of reported cases prompting both Cuomo and the mayor of New York City — where about 58% of the state’s cases are — to appeal to the federal government for millions more medical supplies.

“Look at us today, where we are today, you will be in three weeks or four weeks or five weeks or six weeks,” Cuomo said Tuesday in a grim address to other state leaders. “We are your future. What we do here will chart the course for what we do in your city and in your community.”

The assistance is only the beginning of what the city needs, de Blasio said, saying the ventilators are the “difference between life and death for thousands of New Yorkers.”

Spikes across the country

New York wasn’t the only state to begin recording harrowing jumps in case numbers over the past week.

Michigan’s total rose from just 65 cases about a week ago to 1,791 Wednesday morning, including 24 deaths. Pennsylvania saw a spike of more than 200 cases overnight, bringing the total to 851 cases statewide. Seven people in the state have died.

Florida and Georgia — two states where political leaders have faced criticism over their timing on enacting restrictions — both crossed the 1,000-case mark over the weekend and continue to rise significantly each day. On Wednesday morning, Florida had 1,461 cases and 19 deaths, while Georgia had 1,097 cases and 38 deaths.

The different numbers in cases across the country mean that a timeline for when businesses can open back up needs to remain flexible, Dr. Anthony Fauci, with the National Institutes of Health, said in the White House news conference Tuesday.

“No one is going to want to tone down things when you see what’s going on in a place like New York City,” he said. “You find after a period of time there’s areas that are different from other areas of the country, you may not want to treat it as just one force for the entire country.”

CNN’s Jacqueline Howard and Elizabeth Joseph contributed to this report.