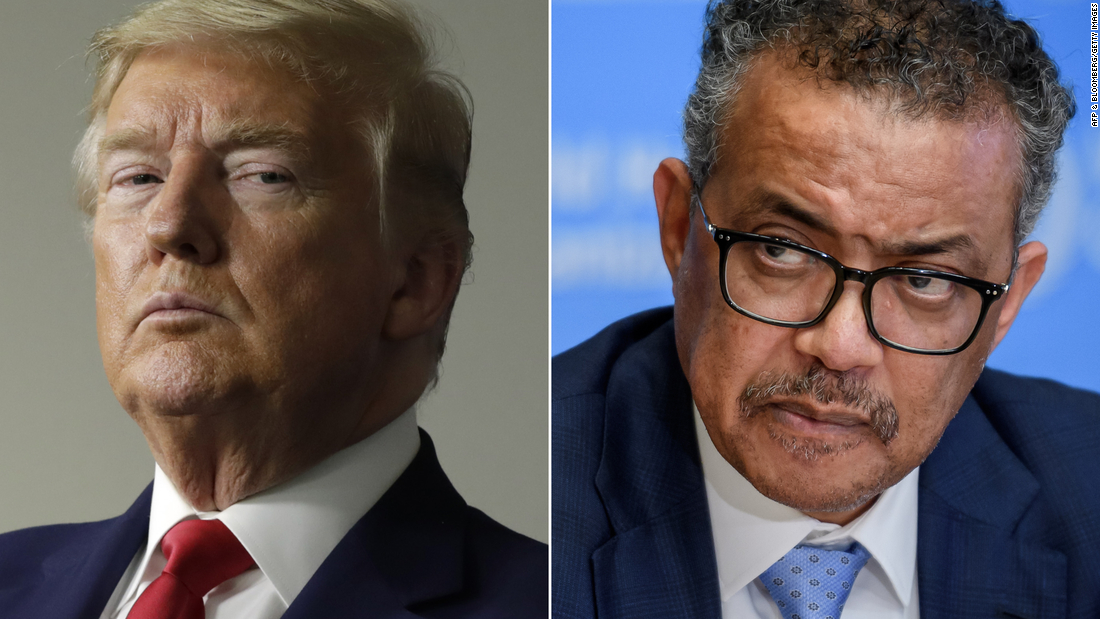 It could also endanger children, the American Academy of Pediatrics said. “The Trump Administration’s decision to withdraw from the WHO carries grave risks for the world’s children during an unprecedented global health crisis. The decision to withdraw risks causing a surge in polio cases and an increase in deaths of children from malaria, and it will further delay life-saving vaccination campaigns,” Mark Del Monte, CEO of the American Academy of Pediatrics, said in a statement.

“Withdrawing support from the WHO not only harms the global response against COVID-19 and prevents the United States from engaging the agency to enact meaningful reforms, but undermines the response to other major health threats impacting children. The American Academy of Pediatrics urges the administration to reconsider its position and continue to work with the WHO to combat COVID-19 and promote the health of children globally.”

The US has traditionally been the largest contributor to WHO, providing between $107 million to $119 million a year over the past decade, but has additionally given extra contributions of as much as $400 million a year. In April, Trump said the US would suspend financial contributions to WHO. Friday’s announcement would sever all ties, ending the traditional leadership role the US has taken at WHO, the health arm of the United Nations.

“This senseless action will have significant, harmful repercussions now and far beyond this perilous moment, particularly as the WHO is leading worldwide vaccine development and drug trials to combat the pandemic,” Harris said in a statement.

“COVID-19 affects us all and does not respect borders; defeating it requires the entire world working together. In the strongest terms possible, the American Medical Association urges the President to reverse course and not abandon our country’s leadership position in the global fight against COVID-19.”

The former head of the US Centers for Disease Control and Prevention, Dr. Thomas Frieden, weighed in, too.

“We helped create WHO. We are part of it. It is part of the world, and turning our back on WHO makes us and the world less safe,” Frieden said in a statement issued by the global health organization Vital Strategies.

“Now, China and every other country in the world will have a veto at WHO, and the U.S. won’t. This will make the U.S. more vulnerable,” Frieden said.

“This pandemic has demonstrated that neither national boundaries nor political positions can protect us from the spread of an infectious disease,” said Infectious Diseases Society of America (IDSA) President Dr. Thomas File. “We will not succeed against this pandemic, or any future outbreak, unless we stand together, share information, and coordinate actions.”

During his announcement Friday, Trump said China did not properly report information they had about the coronavirus to WHO and that China pressured the WHO to “mislead the world,” as reasons for the termination.

The President previously announced a temporary halt to funding for the WHO and sent a letter to the agency in early May warning that the US would permanently pull funding if the WHO did not “commit to major substantive improvements in the next 30 days.”

Jason Hoffman contributed to this report.