Toxic positivity: When does a good attitude become unhelpful? 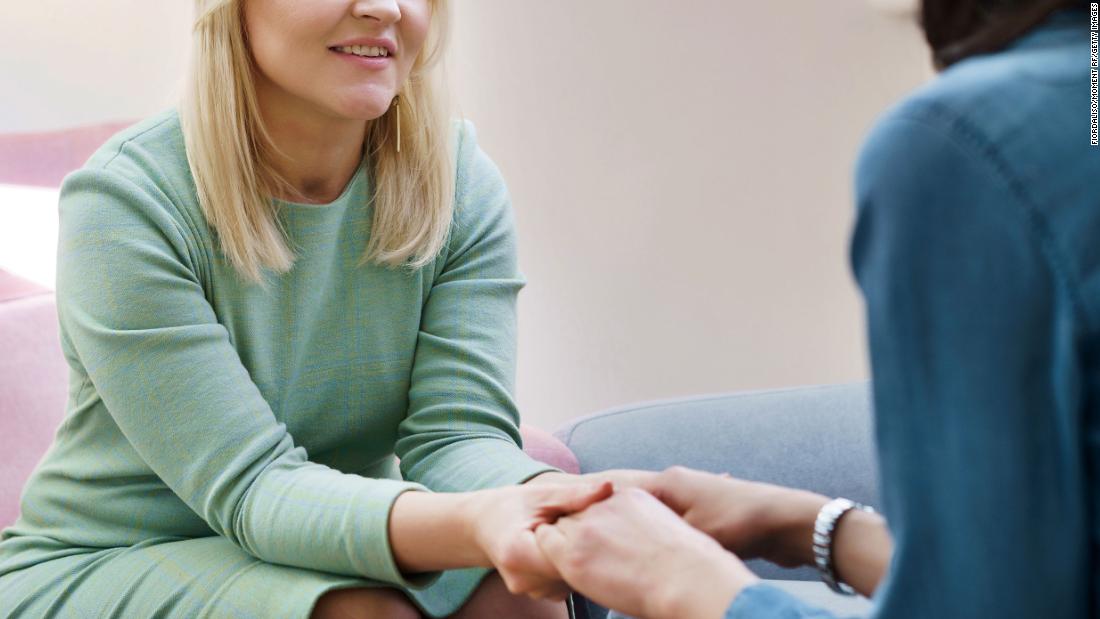 “I would sometimes say ‘I just want a minute to myself,'” Goins, of Knoxville, Tennessee, said. “People would be like: ‘Oh, you’ll miss it when they’re older.'” And that made her so mad.

It’s not that she disagreed. But in those moments, Goins wasn’t looking for a reality check. Instead, she wanted acknowledgement that the exhaustion she was going through was legitimate. Her friends’ responses sometimes left her feeling bad for wanting that alone time.

“I still want that minute to myself,” she recalled feeling. “But now I think that’s wrong.”

She tweeted out a simple question in late August: “Y’all ever encountered toxic positivity?”

With observations about parenting, writing and daily life, Goins’ tweets generally garner a handful of favorites. This one got more than 201,000. For many people, it seemed, her question struck a raw nerve.

Maybe it’s the pandemic that has come to define 2020, ushering in lockdowns, job losses and some serious mental health issues. People around the world are struggling right now, which experts say is a natural, healthy response to these extraordinary times.

And the last thing someone in crisis wants to hear is that it’s all for the best.

What’s wrong with being positive all the time?

It’s not that being cheerful is a bad thing. A positive attitude can be a gift to those around you, said Jamie Long, a clinical psychologist in Fort Lauderdale, Florida, but it shouldn’t take the place of listening thoughtfully to others’ experiences.

“When you are choosing to look at situations from one perspective — in this case a positive perspective — you are very likely to dismiss or minimize an authentic experience,” Long explained. That’s toxic positivity, which is what Goins received when she was looking for a bit of commiseration about the challenges of parenting young children.

Even if you’re trying to cheer up someone, diminishing someone’s difficult experiences can leave them feeling they should hide negative feelings in the future. “We have that disconnection between who we really are, and the mask that we’re putting on for the world,” Long said. “In that gap, there’s shame.”

Instead of trying to find a positive spin, Long suggested using accepting, validating language, offering examples in a blog post on toxic positivity that she co-authored with therapist Samara Quintero.

“It’s natural for us to want to be helpful, and to want to be encouraging,” Long said. Sometimes, though, it’s worth setting aside that first impulse to fix things. “What we need is validation. However, often what we get is perspective. And that’s not always really helpful.”

As examples of “positive” responses that might quash a friend’s ability to share their feelings, Long and Quintero listed: “Look for the silver lining”; “everything happens for a reason”; and “it could be worse.”

Instead, they suggested phrases that communicate a willingness to listen, and to share life’s difficult moments with the people you care about. Think: “This is really hard, I’m thinking of you,” or “I’m here for you, good or bad.”

“Sometimes we just need to say ‘Yeah, me too,’ or ‘That makes total sense,'” Long said. “It’s allowing someone to express something that’s authentic, even if it’s uncomfortable or even if it’s hard to hear.”

Turning toxic positivity on yourself

But toxic positivity doesn’t just show up in how we treat others. Many people put intense pressure on themselves to ignore difficult emotions, too. That can cause us psychological and physical harm, Long said.

Suppressing emotional responses, whether positive or negative, triggers a sympathetic response in the cardiovascular system, found one study. In another study, participants who accepted their own emotional responses to stimuli had lower heart rates; they also recovered from the experience more quickly.

Life is full of challenging things, from daily stresses to profound, lasting grief. Trying to push away those feelings doesn’t make them disappear. “When you keep that sadness, or shame, or guilt or anger in the body, what happens is it doesn’t go anywhere,” Long said.

Since ignoring difficult thoughts doesn’t work, Long said it’s best to just let ourselves experience the bumps in the road. In the end, it can make it easier to move on to other feelings.

Not only that, Long said accepting our feelings can make room for a more nuanced experience of the world, where we frequently contend with positive and negative feelings at the same time. “Look out for the either-or mindset,” she said. “If you’re falling into the myth that there’s a right way to feel in every situation, then you’re really limiting yourself.”

As an example, she described the complicated experiences that many have had during the pandemic, encountering a blend of grief, anger, gratitude and hope. Sometimes, those feelings come all at once.

“We can be really sad this is happening,” she said, “and be positive and hopeful for the future at the same time. It doesn’t have to be all or nothing.”

What if feeling bad is sometimes good?

That focus on nuance is at the heart of some recent research in the field of positive psychology, looking into the potential upsides of feeling down.

Since the late 1990s, practitioners of positive psychology have studied the keys to how humans thrive, learning from our joys and pleasures rather than depression or other mental illness. But while many think of sadness or anger as unpleasant experiences to be endured, positive psychologist Tim Lomas asserts that they, too, may be a key part of flourishing.

“Emotion is a kind of information about our world,” said Lomas, a lecturer at the University of East London. “It can be telling you something important, or something that can protect you in some way.”

Sadness could be an expression of care, whether you are longing for an absent loved one or feeling the grief that comes with loss, wrote Lomas in his 2018 paper, The Quiet Virtues of Sadness. In other cases, Lomas wrote, sadness signals a warning: a buzzing alarm telling you to check in with yourself.
It’s not just sadness. Lomas authored a paper on the value of anger, as well, and one about the creative potential of boredom. “(A feeling) can be negatively valanced, but in the long run it can be useful to well-being,” he said.

It’s all about balance

Still, the positive benefits of negative emotions may be best experienced in relatively small doses. Lomas underscored that appreciating the value of difficult feelings is all about finding balance. “Any negative emotion can go too far, become maladaptive or turn into a clinical or psychiatric issue,” he said.

Long, the Fort Lauderdale psychologist, agreed. “There is an abundance of research that really touts the benefits of positivity, and we’re not denying that,” she said. “When you do so to an extreme, when you dismiss authenticity, that’s where problems arise.”

When Priscilla Goins’ tweet about toxic positivity went viral, she heard from hundreds of people who had encountered toxic positivity — and many others who worried she was unfairly criticizing cheerful types.

For her though, the lesson of toxic positivity is not about the right, or the wrong, way to feel. Rather, it’s all about learning to listen to yourself and others. “I don’t ever want to not be empathetic to another person,” she said. “But I think happy people are great.”

Jen Rose Smith is a writer based in Vermont. Find her work at jenrosesmith.com, or follow her on Twitter @jenrosesmithvt.