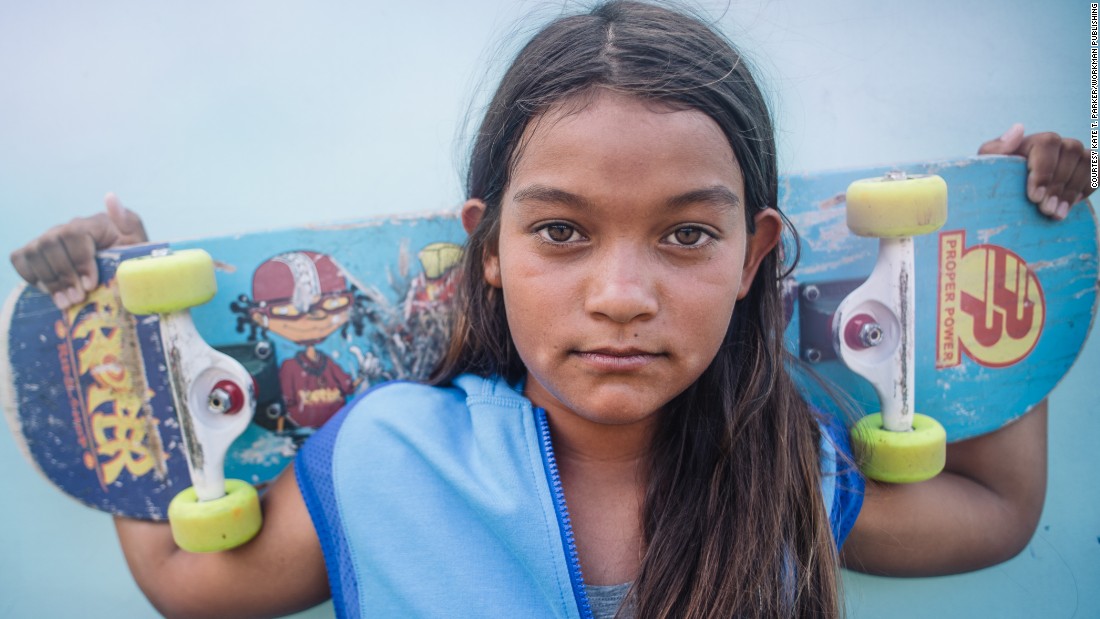 Davis did her best to support her daughter, letting her cross gender barriers despite occasionally feeling uncomfortable.

But we must reckon with the realities of society’s present-day expectations for children, even as we push to create spaces that are more open to all. Until then, social pressures that force people into what Davis called “ridiculously narrow boxes” will continue to damage everybody.

This is not just a tomboy or an LGBTQIA+ issue, she said. “We’re all impacted by the negative consequences of rigid gender roles.”

CNN: In your book you describe how, in recent years, we’ve seen parents and society at large ascribe to stricter gender roles than in earlier eras. Why?

Lisa Selin Davis: Today in this country, childhood is more hyper-gendered than ever before. The primary driver of gender rigidity is the brutality of capitalism. This approach has been a brilliant capitalist strategy for selling twice as many things. No longer could families rely on sharing hand-me-downs between their sons and daughters.

CNN: How did that transformation take place? In your book you cite the 1980s as a turning point. Can you explain why that is?

Davis: The last tomboy heyday in this country was the 1970s and early ’80s. A dominant strain of feminism changed our ideas of what was acceptable — and even preferable — for girls.

Lots of girls wore short hair and what were called “unisex” clothes: corduroys or sports shorts with stripes on the side and T-shirts, tube socks and Keds. The Sears catalog even had boys-to-girls size-conversion charts. Messages everywhere suggested that girls deserve equality with boys and access to their worlds.

But that model of equality emphasized emulating boys. Then, in the Reagan era, feminist backlash began putting an end to that. The rise of “girl power” promoted empowerment through femininity. That was liberating for some girls who weren’t tomboys and didn’t want to be “masculine,” but constraining for others who were not interested in, or couldn’t measure up to, traditional notions of femininity.

CNN: How does our modern-day understanding of “sexuality” as distinct from “gender” play a part in the role expectations we place on kids? You write that at a certain point in history, children become “groomed to inhabit adult gender roles.” When and how did that shift happen?

Davis: Originally, in the 1920s, stricter gender roles for children began growing out of the rise of both psychology and homophobia, when some psychologists promoted the belief that homosexuality resulted from nurture instead of nature.

The influence of homophobia continues to this day when parents avoid dressing their boys in pink or buying them dolls. Beyond action figures, which are also, of course, dolls!

We’ve seen boys’ worlds opened to girls, but girls’ worlds haven’t been opened to boys. That remains a tough thing for parents. If your boy likes a dress, if your boy wears pink, if your boy is sweet and kind and other-centered, why is that so threatening and scary?

We’re still stuck in this thinking that says if we don’t teach our kids how to be properly masculine or feminine, things are going to be hard for them. So, we wind up imposing gender roles on them. But the problem with dressing kids in ways that directly communicate their gender to the outside world affects how other people see and treat that child.

CNN: What is the cost of filtering our children’s lives into pink and blue?

Davis: In the ’90s, there was a lot of “girl crisis literature” about eating disorders, low self-esteem and the academic achievement gap. This focus on girls in crisis fueled efforts to help them.

Now there’s discussion of a crisis among boys. Many boys are socialized to suppress emotions, to be dominant and to demean women — all under a narrow definition of masculinity that is pretty punishing for boys. The backlash against this kind of toxic masculinity is focused on redefining possibilities for a range of masculine presentation.

But, it’s important to note that one thing we haven’t yet tried is degendering boys’ and girls’ personalities, their hopes and dreams, their toys, their clothes. Who would our kids be if we didn’t gender their emotions and all the material stuff around them?

CNN: How does children’s play affect who they grow up to be?

Davis: There’s been very little research about how this hyper-gendering is affecting children. But what we do know is that the way children play helps them develop skills that affect them for life.

The blocks that Lego markets as “for boys” build spatial relations skills that can lead you to an engineering degree eventually. Meanwhile, the Lego Friends they market to girls help build valuable skill sets of nurturing and communication. But why would we want any child to only have one of those skill sets?

CNN: Toys and activities and how adults talk to kids all combine to create what you describe as the powerful “imprint of socialization.” What can parents do to resist society’s hyper-gendered messaging?

Davis: You can do what I do, which is lose my temper and say, “We will not reject anything because it is ‘for girls’!” Because how horrible is it when a boy dismisses a color, a toy, an interest, a piece of clothing by saying, “That’s for girls!”? Are hearts and rainbows and sparkles and unicorns bad things? Actually, they’re associated with love and magic and joy.

Lots of parents are relieved when their daughters shift out of their princess phase, but research has shown that a 6-year-old girl’s sudden declaration that she hates pink is basically a sign of internalized sexism. With my own family, I work really aggressively to try and counteract those messages.

Kids need to feel free to explore the whole world, including what is inaccurately marked as off-limits for them.

If we really want a more equitable world, we need, in addition to allowing our girls to embrace their so-called masculine side, to raise boys who feel they have access to what is wrongly deemed as “for girls.”

Parents need to notice that today’s hyper-gendered childhood, with roles that have gotten narrower and more stringent in recent years, is a social construct. We don’t have to buy into it.

Jessica DuLong is a Brooklyn-based journalist, ghostwriter, book coach and the author of “Dust to Deliverance: Untold Stories from the Maritime Evacuation on September 11” and “My River Chronicles: Rediscovering the Work that Built America.”