Tokyo’s Sumida Aquarium wants you to FaceTime its shy eels 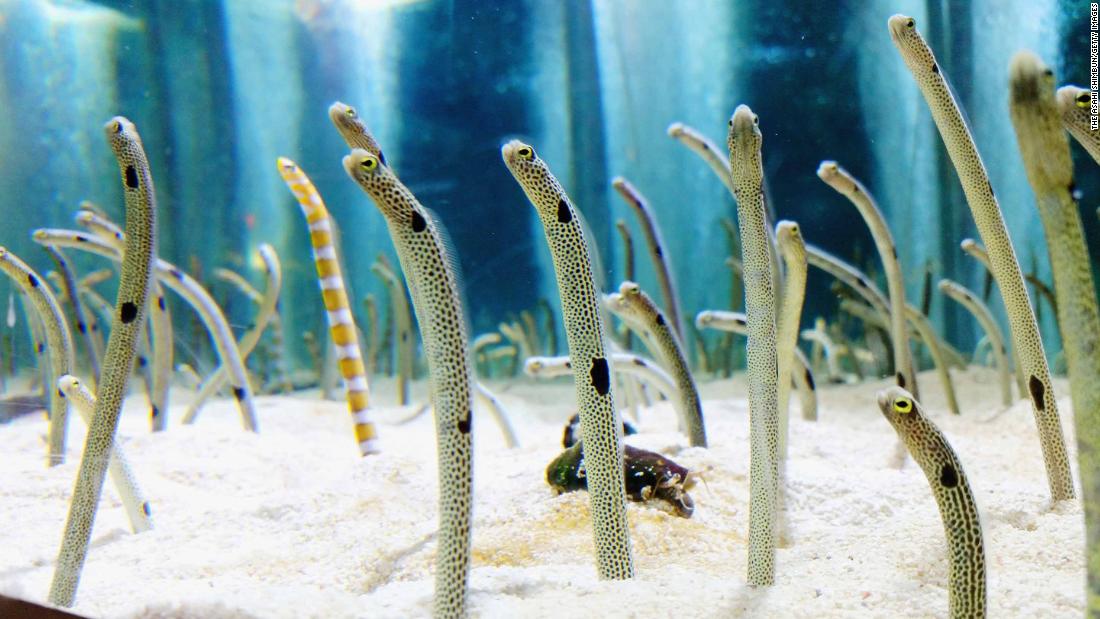 Tokyo, Japan (CNN) — With much of the world’s human population stuck at home during the coronavirus pandemic, one Japanese aquarium is exploring a new way to ensure its inhabitants don’t get too used to the peace and quiet.
In an appeal this week, Tokyo’s Sumida Aquarium asked for volunteers to FaceTime its 300 spotted garden eels, which have had limited interactions with humans since the aquarium was forced to close in March.
“As the (aquarium) has been closed for a long time, the animals aren’t seeing any other people other than the staff …they’re beginning to forget about humans,” the aquarium said in a statement.

“The garden eels in particular have started to burrow themselves into the sand and hide even when aquarium (staff) pass by their tank,” they added.

This, the aquarium says, is a problem — the eels’ newfound shyness means staff are unable to check up on the fish and make sure they are healthy.

In order to keep their fishy friends socially engaged, the Tokyo aquarium is organizing a “Face Show Festival.” During the festival, which will run from Sunday to Tuesday, it will install five tablets near the tank.

The aquarium is asking members of the public to video-call the eels in an attempt to re-familiarize them with people.

Callers will be asked to wave and show their faces to the eels, but are reminded not to make loud noises, as this could upset them.