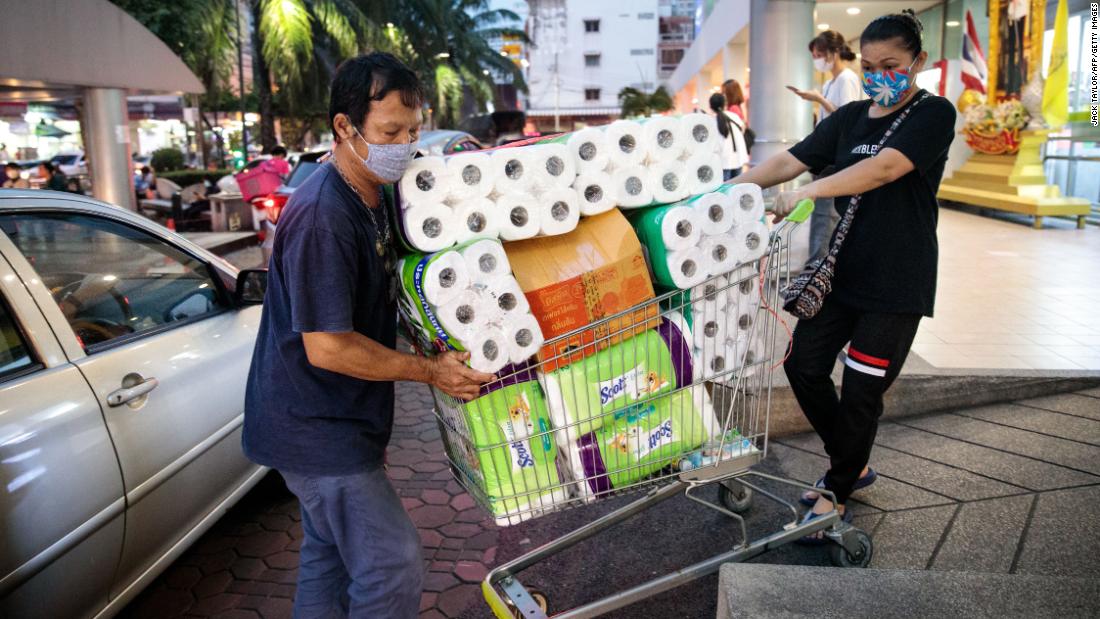 In the early days of the pandemic, with toilet paper nearly impossible to find, there was a breakthrough moment when — after multiple trips to the store — you scored a sweet victory.

You finally tracked down a roll of toilet paper.

You walked to the back of the grocery store. You saw something white glinting, practically smiling at you. You broke into a giddy almost-run, seemingly hearing a soaring movie soundtrack as you glided toward that precious commodity you took for granted for years, but have now grown to appreciate so very, very much.

You’ve stayed up wondering about it, and now science is giving us new data into what drove the Great Toilet Paper Shortage of 2020.

People who panic buy and hoard toilet paper score high in personality assessment for traits of “conscientiousness,” according to a new study published in the open-access journal PLOS ONE.

“We didn’t have a theory in mind. We just wanted to explore the personality factors at play,” said study co-author Lisa Garbe, a doctoral student in the department of political science at the University of St. Gallen in Switzerland.

While under lockdown as a visiting researcher in the United Kingdom, she hatched the idea for the study with coauthor Theo Toppe, a doctoral student in the department of comparative cultural psychology at the Max Planck Institute for Evolutionary Anthropology, and they roped in coauthor Richard Rau, a research assistant in the psychology department at Germany’s University of Münster.

The three researchers surveyed 1,029 adults from 35 countries across the US and Europe. They asked questions about subjects’ recent toilet paper purchasing during the height of the coronavirus pandemic from March 23 to March 29.

Then they collected participants’ responses on a personality assessment called the HEXACO Inventory.

Developed in 2000 by psychologists in Canada as a way to map personality attributes across different cultures, the HEXACO Inventory measures people’s characteristics in six broad domains: Honesty-Humility, Emotionality, Extraversion, Agreeableness, Conscientiousness and Openness to Experience.

The inventory uses “Conscientiousness” as an umbrella term that covers traits such as organization, diligence, perfectionism and prudence.

People falling in that category were the ones most likely to self-report either hoarding or panic-buying toilet paper. This is the friend you know who likes to plan ahead and overprepare. In this case, preparedness, rational or not, had the relative effect of ordering an otherwise disordered existence.

The final part of the study asked respondents whether they felt threatened by coronavirus. Those who felt most threatened by Covid-19 were the most likely to hoard toilet paper.

“That was the most important finding in the study,” Garbe said. “”Once you feel threatened by something, you start behaving irrationally. That is very human.”

In March, some companies reported a 700% increase in toilet paper sales, and manufacturers were overwhelmed by the unexpected demand. The heart of the matter still remains a mystery.

At the time psychologists pointed to several underlying factors explaining the phenomenon. For one thing, conflicting messages from national and state officials can create an environment of anxiety. Panic buying can beget more panic buying.

Now this study offers some new empirical data backing up exactly who was driving the rush on toilet paper.

“People, being social creatures, we look to each other for cues for what is safe and what is dangerous,” clinical psychologist Steven Taylor said back in March. He literally wrote the book on the subject, “The Psychology of Pandemics.”

“When you see someone in the store, panic buying, that can cause a fear contagion effect,” he noted.

Given the underlying science about how Covid-19 spreads, the mad rush to grab hand sanitizer, cleaning products, thermometers and masks makes perfect sense.

But why do other things such as toilet paper get caught in the crossfire? Garbe and her team can’t point to the specific reason. Though it’s irrational, we can point to rational reasons for what drives outbreaks of irrational behavior.

“Unless people have seen … official promises that everyone will be taken care of, they are left to guess at the probability of needing the extra toilet paper, sooner rather than later,” said Baruch Fischhoff, a psychologist and professor in the department of engineering and public policy and the Institute for Politics and Strategy at Carnegie Mellon University, who wasn’t involved in the study. “The fact that there are no official promises might increase those probabilities.”

Scottie Andrew contributed to this story.