To take on the coronavirus, US vaccine makers consider an unprecedented strategy: working together 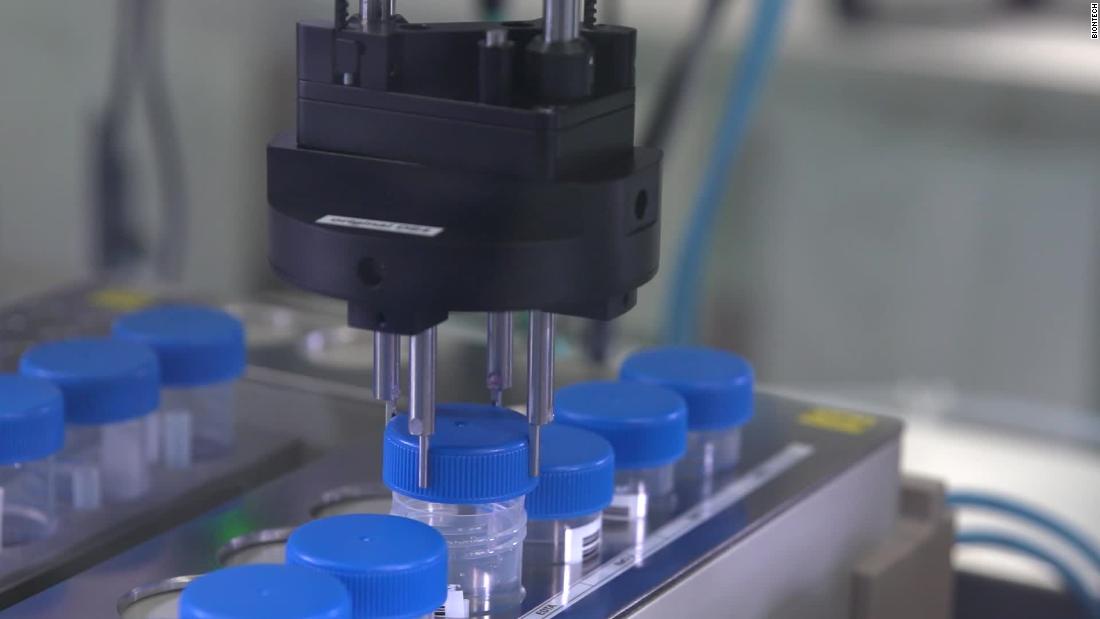 One approach is more typical, and involves each company working independently on its own trial, according to two members of the Accelerating Covid-19 Therapeutic Interventions and Vaccines group, or ACTIV, which was organized last month by the National Institutes of Health. The second, they said, involves several vaccine developers working in one large trial — an unprecedented method for vaccine development in the US.

“There haven’t been any final decisions as of yet on which approach ACTIV will take,” NIH spokeswoman Renate Myles told CNN in an email.

Members of ACTIV’s clinical trials working group are expected to discuss the options on a call Wednesday. Those members include representatives from the vaccine companies.

“I’m hoping we’ll have more to share in the coming weeks since things are moving very quickly,” Myles wrote.

Bioethicist Art Caplan said it’s unprecedented that a plan for competing US vaccine companies to work together in one large trial is even being considered.

“This is all very recent,” he said.

Three US companies are already testing their vaccines on humans, according to the World Health Organization. They’re still in phase 1 or phase 2 trials, which typically involve giving the vaccine to dozens or hundreds of study subjects.

Moderna, based in Massachusetts, is working on a vaccine with the National Institute of Allergy and Infectious Diseases, a part of the NIH. Pfizer is working with German company BioNTech, and Pennsylvania-based Inovio is also in clinical trials.

A fourth US company, Johnson & Johnson, announced last week that it plans to start clinical trials in September.

If the vaccine developers band together in one large phase 3 trial of all of their experimental vaccines, they could all use the same placebo group and wouldn’t have to recruit their own.

“Certainly, this is the most efficient way to do it,” said Dr. Paul Offit, director of the Vaccine Education Center at Children’s Hospital of Philadelphia, and a member of the ACTIV group.

But another member said there are advantages to each company doing its own trial, since each company is currently at a different stage.

“One trial is going to start in July for sure and another in late summer and another in September and another in October,” said Dr. Lawrence Corey, president and director emeritus of the Fred Hutchinson Cancer Research Center in Seattle, and a member of the ACTIV group.

Caplan said each trial method has advantages and disadvantages.

“I don’t think in all of history there’s ever been an infectious disease that infected more people in such a short time,” he said.

Whatever route is taken for the trials, Dr. Anthony Fauci, director of the National Institute of Allergy and Infectious Diseases, on Monday dispelled any hope that a vaccine would be ready by autumn.

“The idea of having treatments available or a vaccine to facilitate the re-entry of students into the fall term would be something that would be a bridge too far,” he told senators at a hearing. “Even at the top speed we’re going, we don’t see a vaccine playing in the ability of individuals to get to school this term.”

He did mention that if a vaccine turns out to be successful in the trials, “we hope to know that in the late fall or early winter.”

Fauci made it clear that it’s possible a vaccine might not even work.

“There’s no guarantee that the vaccine is actually going to be effective,” he said.

He then added that he felt “cautiously optimistic that we will have a candidate that will give some degree of efficacy.”