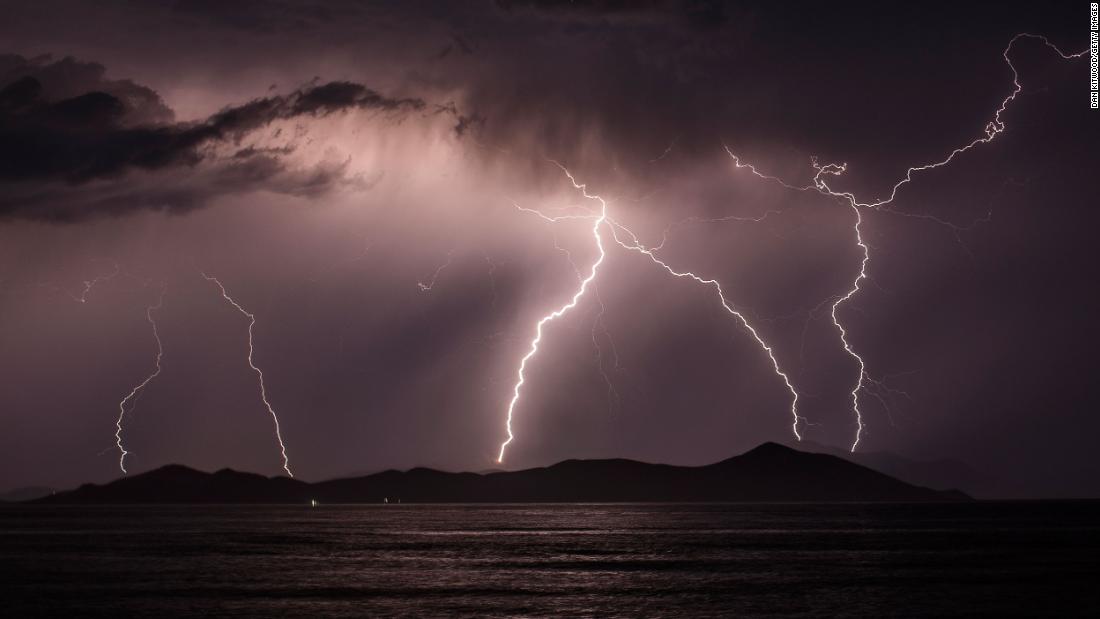 During the days before a major thunderstorm hits, emergency room visits for seniors who suffer from asthma and chronic obstructive pulmonary disease (COPD) rose significantly, according to a research letter published Monday in JAMA Internal Medicine.

Although the study used Medicare data for those 65 years and older, the danger is just as real for younger people with severe respiratory illnesses, said study author Dr. Anupam Jena, an associate professor of health care policy at Harvard Medical School.

“It could certainly impact children and younger adults with asthma,” Jena said. “We just needed to have the specific data Medicare provides so we could compare hospitalization rates with weather patterns in small areas.”

The study found the emergency visits peaked the day before the storm, with a mean 1.8 additional visits per million beneficiaries.

“The visits were not during the thunderstorm when the rains are coming down,” Jena said. “And after the storm is over, we saw the rates of visits to the ER went down.”

The phenomenon of “thunderstorm asthma” was first recorded in Birmingham, England in 1983 and in Melbourne, Australia in 1987, where widespread waves of asthma attacks appeared to be connected to violent thunderstorms during high pollen counts.

It happened again in Melbourne in 2016, killing eight people and sending some 8,000 to the emergency room.

No one understood why this might happen since rain typically washes pollen out of the air. In addition, the size of the rye pollen spores in the Melbourne area were too large to be easily inhaled and typically lodged in the sinuses before they could reach the lungs.

So why would a rare storm with that type of pollen cause such an extreme reaction?

University of Georgia researchers studied the Australian event and published a paper the following year. They found that downdrafts of cold air inside a storm send mold and pollen high into the clouds where humidity levels and lighting rupture the spores. Returning to the ground as much smaller fragments, the tiny particles can then pass through the nose and sinuses into the lungs.

“In our study we found that pollen didn’t rise in the days before the thunderstorm, which makes it odd to then attribute the increase in hospitalizations to pollen, at least exclusively,” Jena said.

Nor did levels of nitrogen dioxide, sulfur dioxide, carbon monoxide and ozone change in the days preceding a thunderstorm, Jena said. All levels, however, did drop after the storms ended.

“Prior studies suggest that rapid temperature increases can precipitate respiratory problems, and we observed changes in temperature in the days prior to thunderstorms,” he added.

“The last thing to note is that this was a study of thousands of thunderstorms occurring across the US, matched to high-frequency data on environmental parameters and hospitalizations, which makes these findings potentially more generalizable than previous studies on this topic,” Jena said.

Day before storm is more dangerous

The study analyzed Medicare insurance claims for emergency room visits tied to acute respiratory distress between January 1999 and December 2012, comparing the data to atmospheric and lightning data from the US National Oceanic and Atmospheric Administration for every US county.

“We found ER visits rose in the days leading up to the thunderstorm when temperature is rising and the amount of particulate matter in the air begins to rise,” said Jena.

Particulate matter is a mixture of solid and liquid matter found in the air. Dust, dirt and smoke particles are larger but there are also extremely small, inhalable particulates that can’t be seen with the naked eye. Those are called PM 2.5 because their size is generally 2.5 micrometers or less.

That’s really tiny — for comparison, an average human hair is 30 times larger than a PM 2.5 particle. Because they are so small, these particulates can get deep into the lungs and wreak havoc with our lungs and bodily functions.

Rain, on the other hand, washes away particulate matter.

Using census data, the study estimated there are 37.7 million Americans who are 65 years or older. Using those numbers, the study estimated an additional 52,000 emergency room visits over the 14-year period due to respiratory distress in the three or more days surrounding major storms.

“If you know a thunderstorm is coming, be mindful just as you would when pollen counts are high, and take a little extra care,” Jena advised.