There’s hardly any flu this year. Coronavirus restrictions may be responsible 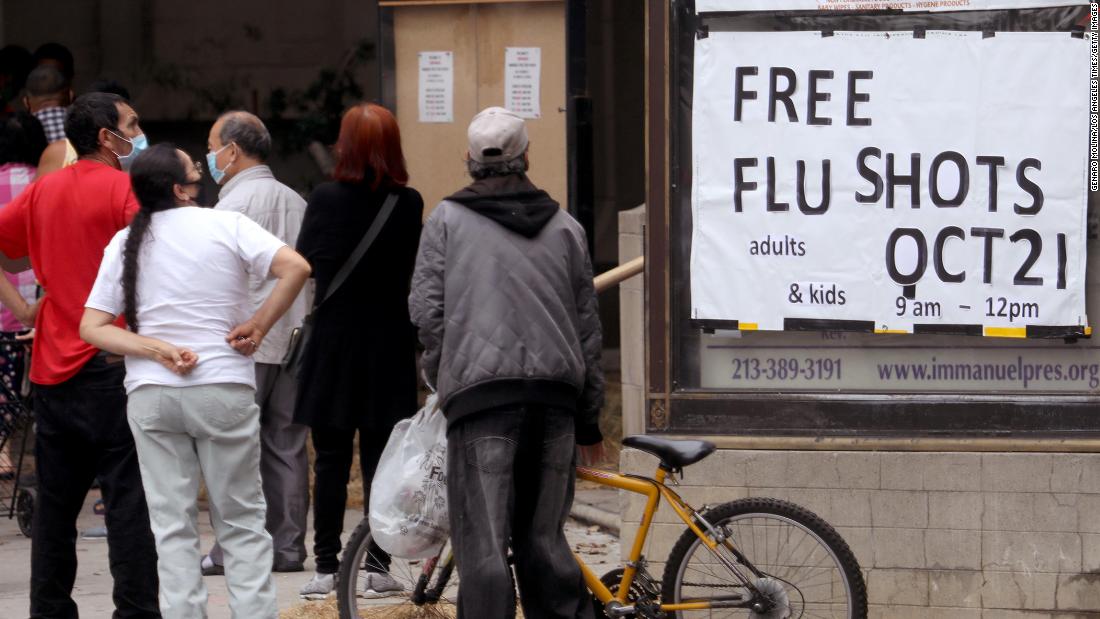 Yet this year, the US Centers for Disease Control and Prevention reports, there’s very little influenza activity.

The CDC’s map of flu activity across the US is often a sea of red during the first half of February — red meaning cases are high and increasing. Yet for the entire flu season so far this year, the map has been a reassuring wash of green — indicating little to no flu activity.

Lynette Brammer, who heads the CDC’s domestic flu surveillance program, is not ready to declare victory yet.

“I’d hold off for a little while longer before saying we are completely out of the woods,” Brammer told CNN. “Flu can do odd things.”

But the numbers are compelling. This same week last year, the CDC reported widespread flu activity in nearly every US region, with “high” activity in 45 states. In an average year, hundreds of thousands of people are hospitalized with flu. So far this flu season, just 155 people confirmed to have influenza have ended up in the hospital.

“Right now, there is nowhere in the country that we are seeing a real uptick in flu. It is pretty much very, very low everywhere,” Brammer said.

And 78 children had died of flu at this point last year. This year, just one pediatric flu death has been reported.

“Flu activity is unusually low at this time but may increase in the coming months,” the CDC says on its website.

It would be no surprise if the precautions many Americans are taking to prevent the spread of coronavirus were also preventing the spread of flu. Influenza and other respiratory viruses, including coronavirus, spread in similar ways — on tiny particles of mucus and saliva that spew out when people cough, sneeze, talk and even breathe.

These particles fall onto surfaces where people can pick them up on their hands or fingers and transfer to those nose, mouth or eyes. They can also remain suspended in the air and spread in poorly ventilated rooms. Or they can spray directly from one person or another.

Staying apart, wearing masks and avoiding crowded indoor situations can all help slow the spread, as can frequent handwashing.

“It is likely that measures taken to slow or prevent spread of SARS-CoV-2 have had an impact on the spread of other pathogens, including influenza. Measures, including extensive reductions in global travel, teleworking, school closures, social distancing, and face mask use may have played a role,” the CDC says. “Less travel likely played a role.”

Each year, hundreds of different viruses cause flu-like symptoms among people. They include influenza, but also viruses such as adenovirus, rhinovirus, parainfluenzavirus, metapneumovirus and respiratory syncytial virus or RSV. Then there are the common, garden variety coronaviruses.

The CDC stressed the need for vaccination against flu, and is preparing figures now on how many Americans got vaccinated against flu this season. But each year, only about half the people who should get flu vaccines actually get them. The CDC recommends everyone from the age of 6 months up get one, with a few exceptions.

And it’s not too late to get a flu shot, Brammer noted.

While there’s evidence that people are not seeking the right medical care in many cases because of fear of catching the coronavirus in a hospital or clinic, or out of worry they’ll stress an already overwhelmed medical system, Brammer believes flu testing is accurately capturing the spread — or lack thereof.

“There is probably a little higher amount of testing than you would normally see in a low flu season,” she said.

It’s good news on more than one level. Doctors had been very worried that flu and coronavirus would both circulate over the winter. People can be infected with two viruses at once – and that would be serious. But because flu also puts people into the hospital, it would have meant even more pressure on an already stretched system.

One thing is for sure, the CDC says. Flu can surprise you.

Some years, flu season starts early — in September or October. Other years, it can come later, only picking up steam in January and February. Sometimes there are two waves of flu and often one strain will hit early and a second strain will hit later — sometimes as late as April.

Brammer said there is some evidence flu activity is picking up in parts of Asia that have eased the restrictions meant to control coronavirus.

“When they loosen up on those measures, flu comes back,” she said.

Influenza circulates year round — it’s usually only at very low levels in the summer, but there are no rules.

“I think I’ll stay on the edge of my seat,” she said. “Flu could start to happen. Keep your eyes open.”