The1918 flu vs. coronavirus: Pandemic lessons learned and ignored 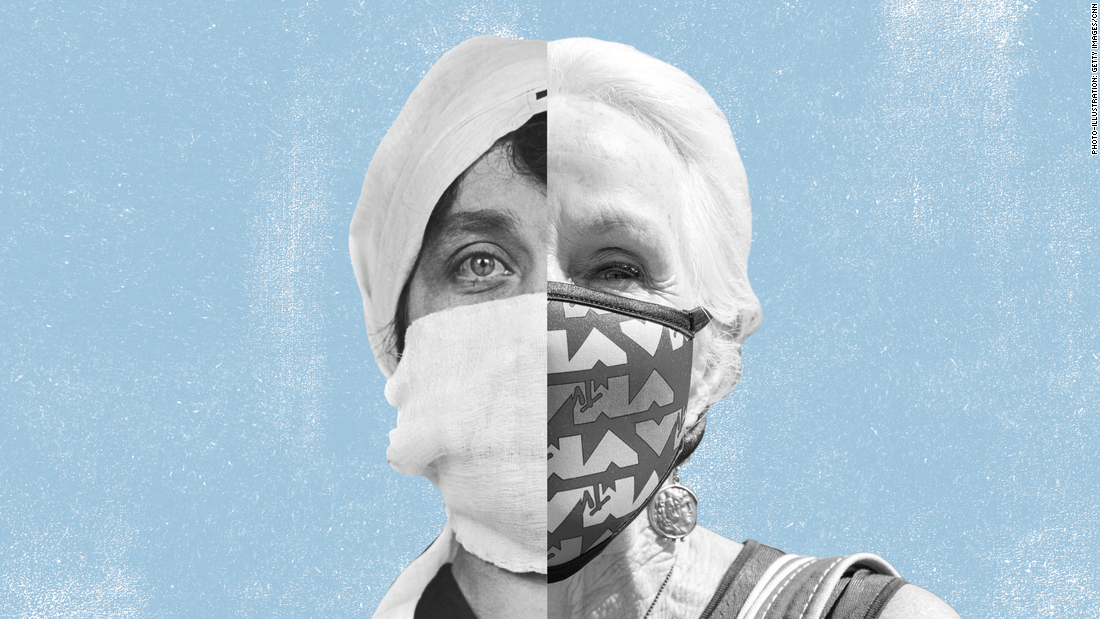 This pandemic, however, actually isn’t without precedent: The last time we dealt with a pandemic so mysterious, uncontained and far-reaching was in 1918, when influenza devastated populations around the globe.
The 1918 flu killed 50 million to 100 million people through 1919. There are eerie parallels between the 1918 flu and the 2020 coronavirus pandemic: a disease with a startling range of symptoms for which there is little treatment, human behavior as a hindrance to public health and cluster outbreaks that have become widespread, to name a few.

For 102 years, influenza scholars and infectious disease experts have attempted to educate the masses in hopes of preventing future pandemics. And yet, here we are.

To be clear, the coronavirus at fault for the current pandemic isn’t a flu virus. And yet the 1918 and 2020 pandemics share similarities in terms of their basis on a novel, formidable virus that took the world and every aspect of society by storm. To learn the lessons of the 1918 flu, the missteps we’ve taken since and our post-pandemic future, CNN spoke with three experts on the subject.

These conversations have been edited and condensed for clarity.

CNN: What are the lessons of the 1918 pandemic?

John M. Barry: Number one, tell the truth. Number two, nonpharmaceutical interventions work. The Asian countries, New Zealand, Germany and Senegal have done an incredibly good job because of transparency. But we’ve demonstrated you can actually control the outbreak if you do the nonpharmaceutical interventions (social distancing and masks). In the United States we haven’t done them. We haven’t adhered to them; we’ve played with them.
Dr. Jeremy Brown: There was a backlash against the wearing of masks in San Francisco in late 1918 and early 1919. People essentially were fed up. There was a group of libertarians who suggested that it was a breach of their rights and freedoms to be forced to wear masks, and actually ended up preventing the board of health there from renewing a mandate to wear masks.

What happened was another spike in San Francisco in influenza cases in early 1919, and they went back to wearing masks. The message is, perhaps, that things are not as novel as they might seem, and that human behavior in response to pandemics of this magnitude is actually fairly predictable.

Gina Kolata: Even though we know exactly what the 1918 virus looks like, we still don’t know why it was so deadly.

And here we have the coronavirus, and we know so much more, and we still don’t really know why it’s so deadly or what it’s doing. I think that’s a very powerful lesson that you can think, “I know molecular biology, I know about viruses, I know how they replicate,” and still there can be these diseases that you do not understand.

CNN: Experts on 1918 and infectious diseases have stressed heeding history to prevent future pandemics. Where do you think we’ve gone wrong since the 1918 flu?

Brown: We have to be very careful saying, “Well, it was obvious, do this, do that.” But I think it was fairly clear that the next pandemic threat was going to be a virus and not a bacteria, fungus or parasite. Most people thought that it would be an influenza pandemic, and I was one of them.

Unfortunately, we know that funding for these things comes in waves. Funding money is allotted based on essentially what’s going on today. There’s very little attention paid to what may happen down the road, and we’ve become complacent with our belief that we have the ability to control everything. We’re all subject to the great extremes of weather but also nature.

Had we kept the pandemic planning front and center, then we would, I think, have been in a much, much better place. But each year that you fund pandemic planning, you’re saying no to funding something else. When there is no pandemic on the horizon, it’s very easy to say, “Why don’t we take these many millions of dollars and put them into curing Alzheimer’s disease?”

CNN: How did the 1918 pandemic eventually end, and how do you think the current pandemic will subside?

We’ve seen those three effects through history in 1918, and we will see some variant of that today. There’s no doubt that we will see an end to Covid-19. The big question is, what will be the cost and when will that be?

CNN: Given what you know about the 1918 flu, what are you particularly worried about right now?

Barry: The thing that’s most disturbing would be that we know the virus does damage to the heart and lungs, even if people have no symptoms whatsoever. It probably damages other organs even in people who have no symptoms. So, we don’t know the long-term effects, whether that damage is going to heal and whether it will haunt them and affect their lives 10 or 25 years from now.
Brown: I’m most worried about the selfishness of people and this thought that, “If I’m OK, that’s all that matters.” I think that the message we’ve seen is that people are selfish to a remarkable degree that I don’t think we’ve seen before. The selfishness of people and their inability to have empathy for others who aren’t like themselves is one of the very, very worrying aspects that the disease has highlighted. I think this is a deeply rooted part of American society.
Kolata: I worry about society, employment, people who’ve lost everything and people who don’t have enough to eat. I’m worried about the kids in school because remote learning does not work. And college kids who have to go to college remotely. People who just graduated can’t get jobs. They’re sort of like a lost generation when they should be starting their careers. I worry about people who are long haulers — they just sort of never recover. I worry about people who lose family members.

CNN: Is there anything about the current pandemic that gives you hope?

Barry: Trump is right about one thing: This virus won’t disappear; it’s going to be here forever. But I think eventually, people’s immune systems will adjust to it with or without a vaccine. It probably won’t be as dangerous in the future as it is now. At least there’s a good chance of that.

Brown: First of all, people seem to get back to normality very quickly. Now I think that’s because infectious disease was such a common occurrence at the turn of the century — we had no vaccines against diphtheria, measles, hepatitis or meningitis, so waves of these diseases were very common in Europe and the United States. People have been dealing with infectious diseases in their lives for centuries. In 1918, they bounced back relatively quickly.

With Covid-19, I think it remains an open question as to whether there will be an economic bounce back and, more importantly, an emotional bounce back — where we are reminded in ways that we’ve never been reminded before that we are subject to the whims of nature when it comes to diseases.

Kolata: Societies have somehow come through, recovered and survived some pretty horrible pandemics in the past that were much worse than we’re going through now. Now, at least, we have a chance of getting a vaccine that might actually stop this virus before it runs through the entire population and affects everybody that could be affected. So, I have some hope.