The world may never eradicate coronavirus, but it can get it under control, Fauci says 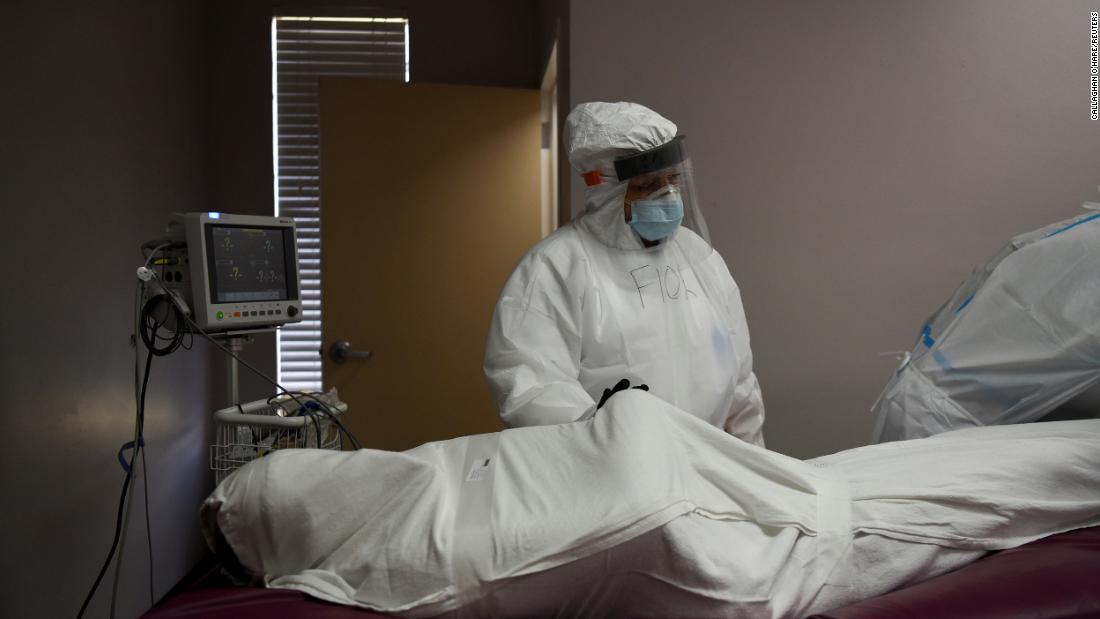 With 4.7 million cases and 158,249 deaths across the US alone, Dr. Anthony Fauci said Wednesday that the “highly transmissible” virus isn’t likely to be eradicated from the planet. The conclusion drawn by the nation’s leading infectious disease expert contrasts with that of President Donald Trump, who on Wednesday said the virus will “go away.”

Fauci said the US can get on top of the virus with a good vaccine and prudent safety measures — like masks, hand washing and social distancing.

“We may need to go through a season of it and then by next season, if we have a vaccine, it won’t be a pandemic, it won’t be immobilizing the world, it won’t be destroying the economy,” he said.

At least 39 states as well as Washington, DC and Puerto Rico have put some type of order in place that mandates the use of masks, and vaccines are advancing through development in hopes of reaching the public in 2021, Fauci has said. Still, the nation still is missing the cohesive response to the virus he would like to see.

“We had a disparate response,” Fauci, the director of the National Institute of Allergy and Infectious Diseases, said. “But totally, as a nation, we are in that situation where we’ve got to get that control way down to a low baseline.”

States taking matters into their own hands

Without a strong national game plan in place, state leaders are taking control of coronavirus measures.

Testing, contact tracing, masks and distancing have all been stressed by health experts as measures that could help reduce the spread of the virus and bring numbers down to the baseline necessary to reopen safely.

To ramp up production of tests that can give results in 15 to 20 minutes, governors from Maryland, Louisiana, Massachusetts, Michigan, Ohio and Virginia reached an agreement to run a total of 3 million rapid antigen tests, according to a statement released Tuesday.

Meanwhile, when people do test positive in Virginia, a new app announced by Gov. Ralph Northam Wednesday will alert those they have been in close contact with them of their potential exposure. COVIDWISE uses Bluetooth Low Energy technology, not personal information or location data, to detect when people have been in close enough range, according to a release.

North Carolina is extending Safer at Home Phase 2 for another five weeks to reduce the number of people congregating and spreading the virus as schools reopen, Gov. Roy Cooper announced Wednesday. And Mississippi, with the fifth-highest recorded case count in the country, has gone from mandating masks in only the counties with the worst numbers to requiring them at public gatherings statewide.

“I (had) taken a piecemeal approach (to masks) because I believe firmly that this was the best way to get the most number of people to participate,” Reeves told reporters Tuesday. “I believe that there is enough motivation (now) to safely get our kids in school that we can really juice the participation of mask wearing throughout our state for the next two weeks.”

Young people and those without symptoms driving up cases

Case numbers are being driven up by people who are not taking the virus seriously, Fauci told CNN’s Dr. Sanjay Gupta.

That makes it difficult to present a clear and consistent message about the dangers of the virus.

“As long as you have any member of society, any demographic group, who’s not seriously trying to get to the end game of suppressing this, it will continue to smolder and smolder and smolder,” he said. “And that will be the reason why, in a non-unified way, we’ve plateaued at an unacceptable level.”

“This is also the age group that is most likely to be attending the large parties that we keep seeing,” said Dr. Ferrer

As a result, the county health officer has imposed a new “legally binding” order prohibiting gatherings, including parties.

School districts have been at the center of a difficult debate about whether or not to reopen schools for in-person classes as infections continue to spread.

Early in the outbreak, health experts believed severe infections and spread were less likely among children. But more recent data shows that while children are far less likely to die from Covid-19 than adults, they can still pass the disease on to others.

As schools have begun to resume classes on campus, students and teachers have tested positive or were sent into quarantine from the virus.

But keeping students home could lead to millions of parents being forced to quit their jobs, according to economists from Goldman Sachs.

Single parents, those whose jobs do not allow them to work from home and those without access to child care are at risk of having to choose between sending their children to school, despite whether or not they think its safe, or quitting their job to stay home with them, said Dr. Edith Bracho-Sanchez, a primary care pediatrician and assistant professor of pediatrics at Columbia University Irving Medical Center.

“We have failed the parents and the kids of this country,” she said.