The US needs to perform millions of coronavirus tests per week, experts say 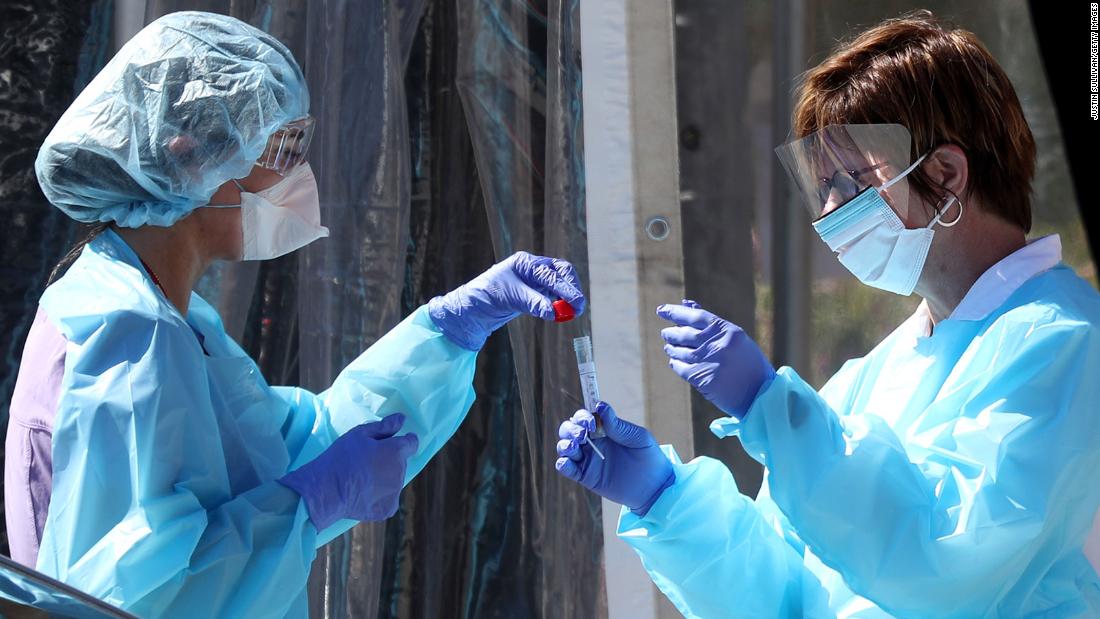 The two reports differ in their recommendations for just how much testing is needed. One calls for 3 to 30 million tests a week, while the other says the country will need to be doing 20 million tests a day to get a handle on the pandemic.

Both proposals, though, cast doubt on the country’s readiness to relax social distancing measures, which some states are already beginning to do.

So far, the US has only performed about 4 million coronavirus tests, and governors have reported continued shortages of the materials needed to run tests, from chemical reagents to swabs.

But experts say testing will be critical as the country returns to some sense of normalcy. Without testing, they say, officials won’t be able to detect new infections and notify those who have been exposed so they can avoid infecting others.

And without contact tracing and targeted isolation — both of which rely on testing — there could be a resurgence of cases that again threatens to overwhelm the health care system, the reports warn.

While many have called for increases in testing, Dr. Deborah Birx, the White House coronavirus response coordinator, said in a Friday press briefing that “it is beyond the possibility to test everyone in this country every day.

The proposal calls for an emergency network to coordinate testing nationwide. It says coronavirus outbreaks will continue for the foreseeable future given how contagious the virus is and how little immunity the population has against it. Because the virus is new to humanity, virtually everyone is susceptible to infection.

“Reopening the economy will be most successful if we move decisively to both increase testing capacity and optimally deploy testing supplies,” the authors said, noting that their plan would be “the largest public health testing program in American history.”

Widespread testing would be paired with contact tracing, and the proposal calls for a “Covid Community Healthcare Corps” of up to 300,000 people to find people exposed to the virus. New technology — including digital apps — could help track cases.

The plan would cost the US around $100 billion, according to the Rockefeller Foundation, which says it is investing an initial $15 million into the project.

Up to 20 million tests could be needed each day, Harvard report says

According to a different group of experts, whose work was also supported by the Rockefeller Foundation, the US will need to deliver at least 5 million tests per day by early June to begin reopening. It says as many as 20 million tests per day would be needed to fully remobilize the economy, ideally by late July.

The “Roadmap to Pandemic Resilience,” published Monday by Harvard University’s Edmond J. Safra Center for Ethics, argues that without widespread testing, state and local officials will get caught in cycles of opening up and then clamping down again on commerce and free movement.

“What we need to do is much bigger than most people realize,” the report reads.

It recommended an approach called “targeted isolation.” Under the scheme, tests are given to those who have symptoms and those with presumed exposures, such as health care workers.

People who have had contact with a confirmed case are tested, too. While anybody who tests positive would need to self-isolate, those who test negative wouldn’t necessarily have to go into quarantine — unless they’re waiting for initial test results.

That would allow people with possible exposures to continue participating in society — so long as they’re tested regularly during the virus’ “incubation period.”

To oversee the mass increase in testing, the Harvard report called on the federal government to set up a “Pandemic Testing Board.”

The board would have “strong but narrow powers” and would have “the job of securing the testing supply and the infrastructure necessary for deployment of testing.”

At least 100,000 personnel would be needed to assist with contract tracing, the report said, citing earlier research from the Johns Hopkins Center for Health Security.

But even 20 million tests a day may not be enough to protect public health. Facing an emergency, the report said universal testing might be required as an alternative to national quarantine. As many as 100 million tests a day could be needed, with tests administered through work or school.

“By the time we know if we need to do that,” the team wrote, “we should be in a better position to know how to do it.”