The upcoming school year has everyone worried. Here’s what experts say 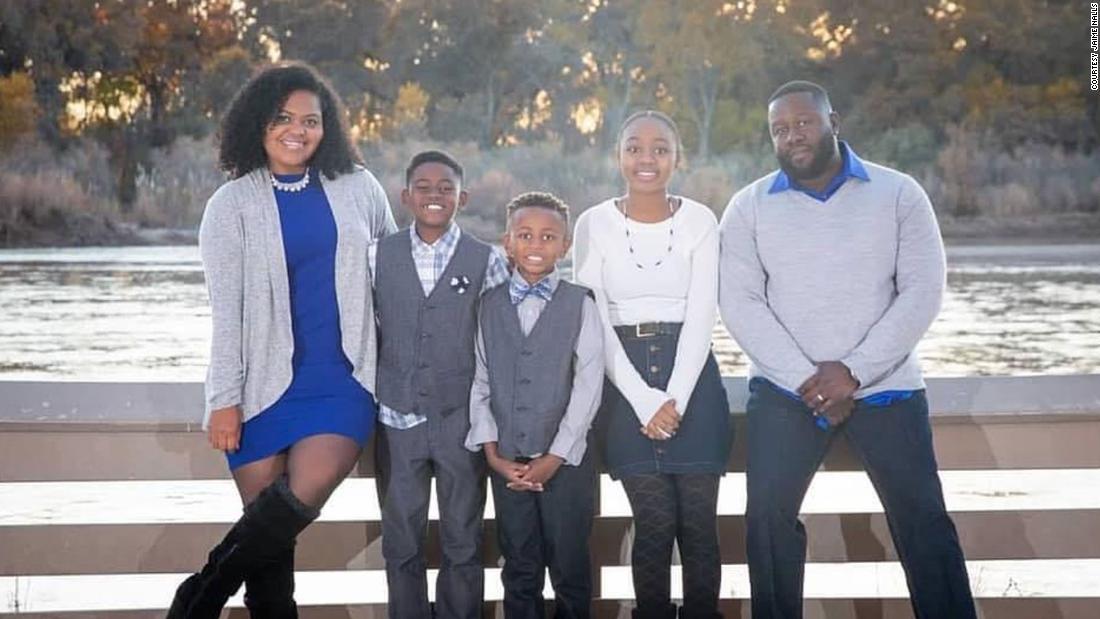 It’s a question that goes beyond pandemic safety, say experts, because student well-being encompasses a wide range of factors. And for some parents, what’s best even seems to vary from child to child.

Each of Nalls’ four children is different.

Nalls thought her rising junior, who is eager to return to class, would be fine. It’s a different story when it comes to her youngest, a 9-year-old with asthma.

“It scares me to send him back to school not knowing if other people are taking precautions, or trying to educate their children about keeping their masks on,” she said.

Private school was not an option, Nalls decided, since it would be too expensive and inconvenient. Keeping her child at home would mean quitting her full-time job, she said, leaving the family dependent on her husband’s income alone. Neither idea seemed great.

For her youngest child, Nalls would prefer to keep some schooling online. If he does go in, she hoped to see mandatory masks, social distancing or even transparent barriers between desks.

Kelly Ruth of Mechanicsburg, Pennsylvania, saw things differently. “You’re not going to be able to keep children from interacting with children,” said Ruth, whose kids are 12 and 13 years old.

Ruth wanted her kids back in class, but she was wary of the very precautions that Nalls preferred. “I don’t want my children to go to school feeling like they’re in a prison, with shields everywhere, and face masks and gloves.”

If parents are worried about schools, that’s understandable, said Dr. Nathaniel Beers, a pediatrician at Children’s National Hospital in Washington, DC. “It’s not a decision that’s easy for any parent,” he said.

But while Beers suggested families talk to their own pediatricians about choosing what’s right, he emphasized that concerns of infection aren’t the only issue.

“School plays an incredibly important role in the social-emotional development of children,” he said. Not only that, Beers said recent data suggested the virus may pose a lower risk to children than previously feared.

What do pediatricians think about school?

While some children have experienced severe side effects after becoming infected with the novel coronavirus, the American Academy of Pediatrics noted in a recent statement that children and adolescents do not seem to play a big role in driving Covid-19 outbreaks.

“More and more data has been coming out around the severity of the illness, and the likelihood of infection for children, both of which are substantially lower than they are for adults,” explained Beers, who serves on the Council of School Health for the AAP.

Given that, the AAP is now emphasizing the importance of getting kids back in classrooms. Even when it means accepting some trade-offs about social distancing and other infection mitigation strategies.

“The AAP strongly advocates that all policy considerations for the coming school year should start with a goal of having students physically present in school,” read the statement from the organization, which represents some 67,000 pediatricians.

That’s because staying out of the classroom can put kids at risk.

Keeping kids home would have a disproportionate negative impact on vulnerable populations, said the AAP, with implications for racial and social equity. Time out of school can also mean diminished social-emotional development. Lost academic progress could be slow to return.

In some cases, that concern for broader student well-being means the AAP recommendations differ even from guidelines put forth by the US Centers for Disease Control and Prevention.

The CDC says schools should place desks at least 6 feet apart. But if spacing out desks means less classroom time, the AAP recommended schools consider putting kids in seats regardless of proximity. (Dr. Beers also referred to a June 1 study in the medical journal The Lancet that found physical distancing of 1 meter, about 3 feet, also offered benefits.)

Whatever schools decide to pursue, the AAP suggested that the process of educating teachers, parents and students about new measures must start as soon as possible, hopefully at least several weeks before the school year begins.

Time is running out for that to happen.

Most K through 12 superintendents aren’t ready to say when their schools will open for in-person instruction, according to a nationwide survey released in June by AASA, The School Superintendents Association.

Only 5% said they were confident of reopening when state and local guidelines allowed.

Many superintendents who participated in the survey also said it’s been a challenge providing for students equitably through the pandemic, citing the difficulty of offering adequate special education, online learning, health services and other essentials. Lack of internet access in students’ homes is also a problem, said 60% of superintendents.

When it comes to adapting the school year to the pandemic, superintendents said options could include a traditional schedule (70%); combined in-person and remote learning (74%); alternating days or weeks (59%); half days (37%); and extended school days (22%).

But even as professional educators hesitate, some policy makers are projecting confidence.

Both states are currently weathering a surge of Covid-19 infections. And many teachers are worried by the politicians’ announcements.

“Educators are eager to return to their classrooms and teach their students in person, but they don’t want to do it without a plan that adequately protects everyone,” said Randi Weingarten, president of the American Federation of Teachers in a June 22 statement responding to Gov. Abbot.
Everyone is relieved to see growing evidence that children are not as severely impacted by the virus as adults. But teachers are more vulnerable. Secondary school teachers in the United States have an average age of 42.9, and many work into their 50s and early 60s, when a severe Covid-19 illness becomes more likely.
One out of every five teachers said they’re unlikely to return to school in the fall, according to a USA Today/Ipsos poll.

“A no-mask, no-testing, no-worries attitude is exactly what will spread the virus,” Weingarten said.

The families who are looking elsewhere

As parents weigh the benefits — and potential costs — of returning to either classrooms or virtual learning, some families are considering other options.

Interest in homeschooling in recent weeks has been “explosive,” said J. Allen Weston, executive director of the National Home School Association. “I just can’t keep up with it,” he said. “Thousands of emails coming in, and on some days the phone just continually rings all day long.”

It’s not just the risk of infection that has parents considering homeschooling, Weston said. He’s hearing from many families who are worried that the classroom experience will be diminished by pandemic precautions.

While many imagine homeschool as limited to single households, Weston said that some 70% of families contacting his organization have expressed interest in forming multiple-household homeschooling groups. (The NHSA calls these Parent Organized Discovery Sites.)
Similar ideas are also gaining traction, such as the in-home “microschool” model Prenda. Website traffic was up 737% this June over the same month last year, said Prenda founder and CEO Kelly Smith.

Both Weston and Smith emphasized that these nontraditional models aren’t just for families with a stay-at-home parent.

Many, if not most homeschool families have two parents working full time, said Weston, adding that the virtual schooling we saw this spring likely took far more of parents’ time than a homeschool group would. “The idea that homeschooling takes up an enormous amount of time … is a complete misnomer,” he said.

Still others are looking for ways to leave the classroom behind altogether.

Interest in outdoors-only “forest schools” is also rising, according to Kimberly Worthington, president of the board of directors of the American Forest Kindergarten Association. In this model, kids spend their days outside in small groups, regardless of weather.

That appeals to Sean Bleything of Winooski, Vermont, whose 4-year-old son is currently enrolled in Burlington Forest Preschool. Bleything hopes his son can keep a spot there in the fall.

“Every day, they’re outside all day long, climbing trees and chasing frogs,” Bleything explained. Preschool is a big expense for the family, said Bleything, but it allows both parents to continue working full time. The kids will stay outdoors all year, even when the northern Vermont winter brings below-freezing temperatures.

Experts say virus transmission is much lower outside, which is a relief to Bleything’s family.

“They’re able to follow all the [social distancing] guidance inherently because of the way it’s set up,” Bleything said. “It’s been perfect.”