The pandemic is testing sibling rivalry — and you 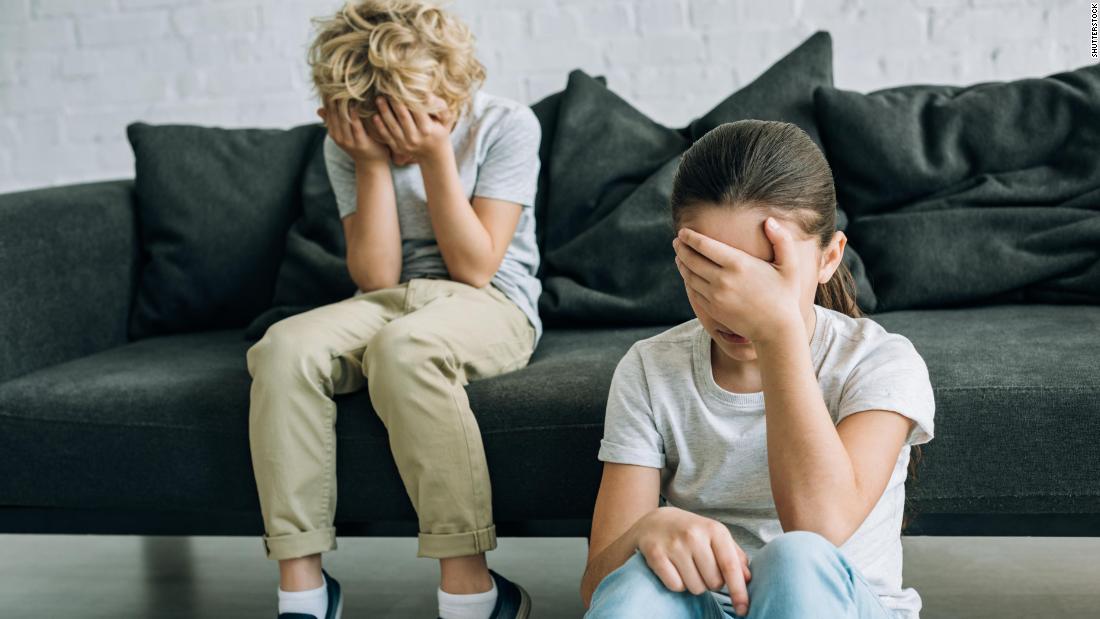 Parents struggling to work while kids snarl insults and hurl objects at one another can be forgiven for thinking that it’s the former scenario that’s playing out while schools are closed as a result of Covid-19.

But with the distraction of friends, soccer and playdates an increasingly distant memory, some kids may be realizing that a sibling can, in fact, be a decent playmate, potentially strengthening a relationship that will support them throughout their lives.

Early findings from a study involving more than 500 families in the United Kingdom indicated that two-thirds of families reported stronger sibling relationships and fewer than one in five reported increased conflict, said Claire Hughes, a developmental psychology professor at the University of Cambridge’s Centre for Family Research.

“There may be some really positive things that come from this,” said Hughes, who is researching how family relationships are affected by stay-at-home orders and other coronavirus-related restrictions.

Hughes, who is the coauthor of “Why Siblings Matter: The Role of Brother and Sister Relationships in Development and Well-Being,” cautioned that her research is at a very early stage.
The parents with time to fill out an online questionnaire right now are likely to be the ones who have more resources, she added. But from the sample she had so far, “the message we’re getting is that siblings are stepping up and reconnecting with each other.”

That’s what Anna Blest, a London mother to three children, ages 6, 4 and 2, has been experiencing.

“I really did expect more rows. It hasn’t been like the Waltons, but it’s been more pleasant than I expected, given there’s no other children or activities to leaven the mix,” she said.

“It’s them on their own. Boy, girl, boy. (My eldest) likes typical boy activities like football, but he’s been at home playing really imaginative things. Staging a show and involving his sister. He’s been kind.”

Why siblings are important

There are three considerations to take into account when it comes to sibling relationships, which can help parents understand what’s going on between brothers and sisters trapped at home with only each other for company.

First, they’re involuntary. We don’t choose our siblings and as a result, “there is an inherent love/hate dynamic,” which means that “interactions have a no-holds barred characteristic,” Hughes said.

Second, they are the longest lasting of all our close relationships. Siblings are our fellow travelers. “They will know you inside out, and this shared history can be really valuable when you are going through a crisis.”

There’s some research that has suggested sibling relationships are more influential than relationships with friends or one’s own children for maintaining good health in old age.

Three, they’re incredibly important developmentally, even though sibling ties have often taken a back seat in debates around the importance of parents. They help children try out new social and emotional behavior, particularly when it comes to conflict, helping them learn ways to manage emotions, particularly negative ones, and develop awareness of other people’s thoughts and feelings.

“They can withstand a lot of negativity. Things that wouldn’t fly in a friendship. You would lose a friendship, but your sibling is there the next day,” said Laurie Kramer, a professor of applied psychology at Northeastern University.

It’s this dynamic that Nathalie Towner has seen play out during London’s lockdown between her son, 11, and daughter, 6.

“The older one is usually all about his friends and is off to secondary school soon. He’s frustrated, and the first and only available victim is his younger sister,” she said.

“But when they’re not goading each other it can work as well. He’s played games with her he hasn’t played in a long time — like hide and seek — that he wouldn’t normally do.”

Sibling relationships are also highly variable with huge differences as a result of age gaps, birth order and gender. Nor, it’s important to note, is a sibling “necessary or sufficient” in life. It’s not like only children are missing a bit,” said Alison Pike, a professor of child and family psychology at the University of Sussex in the UK.

In the same boat

In times of stress the natural tendencies of people get highlighted, Pike said, for good and bad.

“My kids are playing more together more than they ever had. But they are getting on each other’s nerves more and fighting. It kind of exaggerates things across the board,” Pike said.

“If you imagine a graph with ups and downs. I think it (the pandemic) exaggerates the ups and downs. You’re going to see positive and negatives heightened,” she added.

Pike thought the shared experience, whether it’s the glee of unlimited screen time or dealing with your parents arguing more, could help forge closer bonds.

Good relationships often improve under difficult situations, with some siblings drawing closer, for example, during parents’ divorce, said Jonathan Caspi, a therapist and professor in the department of family science and human development at Montclair State University in New Jersey.

But the reverse can be true — poor relationships can get worse.

“Spending so much time together, generally, makes for better relationships because you’re forced to have to work through conflicts,” he said.

“This is a great moment in history where we’re at home, where parents can take advantage of this,” Kramer added. “How can we use this as a moment to get siblings to engage with each other more positively?”

Instead of parents asking each child what they want for breakfast, Kramer said one child could ask the other or guess what the sibling might want — helping them learn what Kramer called “perspective taking.”

Another suggestion as parents grapple with homeschooling is to find out what the older and the younger children could teach each other.

She has created an online resource that can help encourage “fun, friendly and low-conflict interactions” between brothers and sisters ages 8 and under.” Other advice included finding activities where there is no winner or loser and kids have to cooperate to achieve a goal.

How to stay sane

But if the caterwauling and fights just won’t stop, here are some tips on what you can do to stay sane and help kids get along.