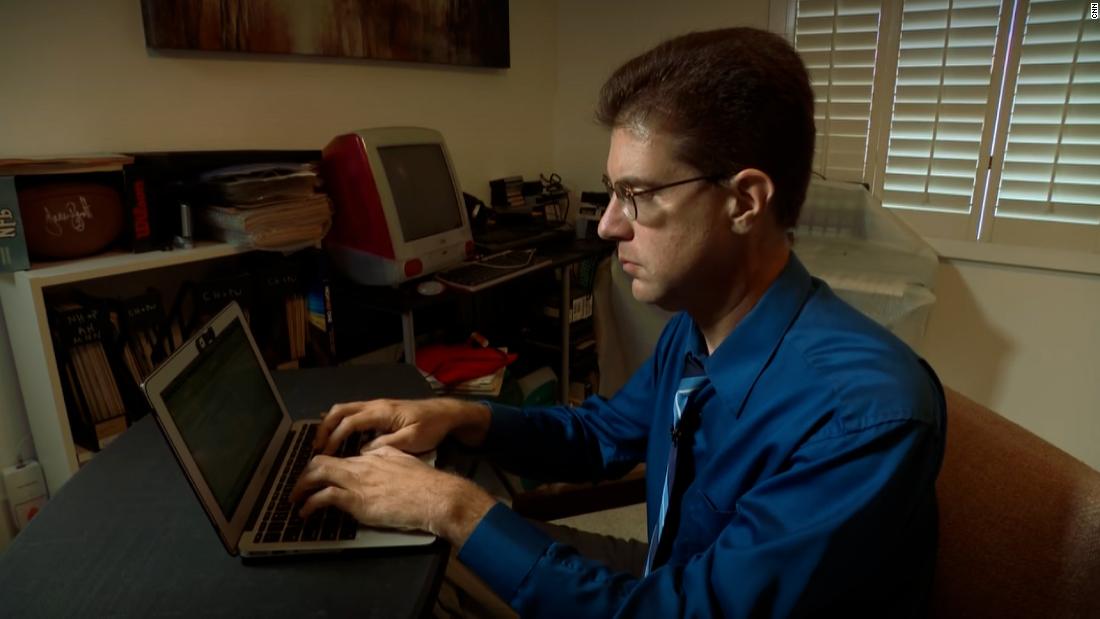 “From what we saw was going on in China at the time, it potentially, it could be very big,” he said.

On April 4, 2020, Kaiser took actions more protective than the state’s health orders, including prohibiting gatherings of people from different households in his county, as well as an order for people to mask in public.

He knew none of this would be easy, but he didn’t expect the backlash.

“We never really dealt with a situation where people simply told us to go jump in a lake when we had to make those necessary orders to protect society,” Kaiser said.

A month later, dozens of citizens came before the Riverside County Board of Supervisors — many of them saying that their personal liberties had been infringed upon.

“You are trampling on the Constitution by agreeing to extend Dr. Kaiser’s recommendations,” declared one resident.

Another said: “When we are inside, locked up because of health orders by Dr. Kaiser, we are weak. The American people are a free people.”

A fake Twitter account was created with Kaiser’s picture and a Hitler mustache, calling him Führer Cameron Kaiser.

Kaiser says there were many people in the community who supported him, and he did try to acknowledge their concerns. But there were also those who were very vocal and angry. “Listening to the anger, the vitriol, again, they were coming from people who had legitimate concerns, but some of them were also, frankly, simply ways to get at me directly. And that was really hard to listen to. That’s the kind of thing you never want to go through again in your life,” he said.

On May 8, 2020, the Riverside County Board of Supervisors directed Kaiser to rescind his orders, so that the county would be more in line with the state. He said in the months that followed, the threats continued, and he was given fewer and fewer responsibilities at work.

Two months ago, Kaiser received a call from the Riverside County CEO telling him that his services were no longer needed. Kaiser says since his appointment as the county health officer in 2011, he’s had no issues or complaints about his work.

Kaiser’s experience is far from unique, said Lori Freeman, CEO of the National Association of County and City Health Officials (NACCHO). Since the beginning of the pandemic, she said the group has tracked more than 250 public health officials leaving the field. While some of it is part of the normal ebb and flow of the workforce leaving or retiring, Freeman says much of it is “due to the pressures of this pandemic.”

“Public health officials sit in this really unique space in the community where they are managing the health of that community and taking measures to keep communities safe and healthy. But they also often report to boards of health, and other elected officials and groups that sit in the business and other communities where there might be conflicts of interest or differing opinions about what mitigation measures are needed,” Freeman said.

She said health officials are stuck between a rock and a hard place. “They really do play a fairly political role, even at that local level. But public health mitigation measures are not political. Those are real, and they’re intended to keep people safe.”

Every three years, NACCHO conducts a census of the country’s local health departments, known as the National Profile of Local Health Departments. As part of the current ongoing survey, they ask why people have left their jobs. “We largely found that they were due to just extensive pressure — elected official interference with public health measures, and really kind of efforts to diminish the authority of public health officials during the pandemic,” Freeman said.

The pressure has been personal, too. “We have seen the gamut — everything from personal attacks on individuals in our families, through social media, through radio advertisements. We’ve seen military groups actually take out ads against local health department staff,” she said.

“Someone said, ‘Let’s find out where she lives, we’ll post her address,’ those types of things,” Jones told CNN. “Not being an elected official or anything, I mean, I wasn’t used to that, and it did make me really kind of fearful.”

“It really has taken on a lot of ugly overtures,” Freeman said.

Last week, the governor of Colorado signed a law making it misdemeanor to threaten a public health official or their family by posting their personal information online or disseminating it some other way. California has a similar executive order protecting the privacy of public health officials.

In Kansas alone, more than 30 health officials have left their posts since the beginning of the pandemic, a Kansas Department of Health and Environment spokeswoman told CNN. According to NACCHO, that is a loss of staff from about one-third of the state’s 100 health departments.

Among them is Dr. Gianfranco Pezzino, who served as the Shawnee County health officer for nearly 14 years.

While the community was fearful at first and abided by the initial lockdown and school closure orders, what followed was months of pushback from county leaders about other mandates and recommendations, he said.

Pezzino resigned in December, after county commissioners decided to relax the rules on one of his public health emergency orders which, he said, came at a time the county was seeing its “worst” coronavirus numbers since the pandemic’s start.

“There was a continuous scrutiny and questioning of everything we were doing. And so that became really difficult to manage, and frankly, emotionally draining. These were already days where I, like all the other people on my team, were working eight, 10, 12 hours a day — and that alone could be enough to burn out just about anybody,” Pezzino said.

“These folks are really dedicated to their communities and to keeping them safe and healthy. And they’re not really used to playing politics. They really are used to people, listening to them and trusting what they have to say,” said NACCHO’s Freeman.

“It’s almost the perfect virus to exploit those differences in society. We had never really planned for that in public health,” Kaiser said. “Most of our public health planning have been based around things such as pandemic flu, and other things where it was fairly clear and they were well understood entities.”

The fallout is both an emotional drain for individuals but also on human capital. “You’ve got a brain drain situation,” Dennis Kriesel, executive director of the Kansas Association of Local Health Departments, told the Kansas City Star.

It’s a loss that worries Freeman. “You just can’t replace that level of leadership at the local level,” she said. “There’s not a bench that exists in health departments because they’ve been defunded for so long. So replacing that leadership is going to be a challenging job for us all.”

Despite what he has been through, Kaiser said he would make the same decisions again and wants to work in the field in the future.

“It’s more than just smoking and cholesterol and communicable diseases. There are so many issues that affect people’s health and the way that they live their lives, and you get a chance to be part of it,” he said. “When the job’s at its best, there’s no better job in the world.”