The economy can’t recover until parents have child care again 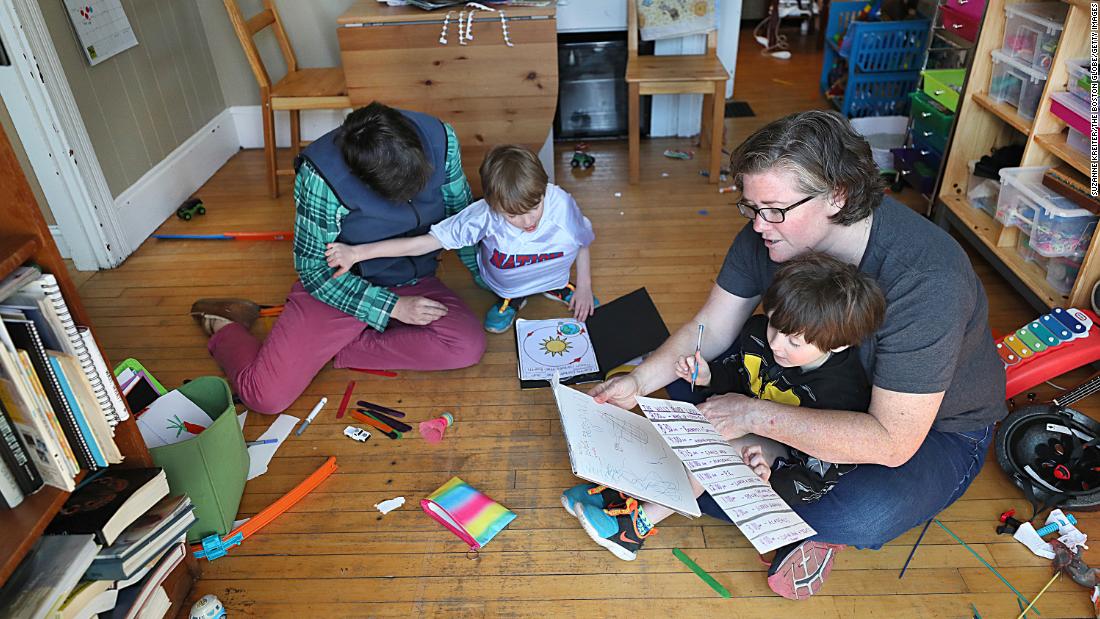 “Covid-19 has taught us a lot of things, but one critical thing it’s showed us is how important child care is to a functioning economy,” said Frances Donald, chief economist and head of macro strategy at Manulife Investment Management.

Beyond the risk of workers burning out, millions of people staying at home is a strain on the economy. And economists fear that could slow down the recovery.

In the economy everything is connected. If people aren’t going to work, that has a knock-on effect: Working from home means people don’t spend money on train tickets, gas, lunches or dry cleaning.

These might sound like mundane or small-ticket items. But they’re an important engine of economic activity, and if that kind of everyday spending remains on hold, it will slow down the pace of the recovery, Donald said.

Early data are already showing the economic effects of the pandemic: Personal consumption expenditures dropped 7.5% in March. US GDP collapsed by 4.8% between January and March, its worst performance since 2008.

It’s not clear when, or even if, parents will be able to get back to the office this summer. Day cares remain closed, and some summer camps across the country have already delayed start dates and payment deadlines. The American Camp Association told CNN in an email that camps are awaiting further guidance from the CDC and local governments, while also working on contingency plans including virtual programs.

But if summer activities simply move online, parents still can’t go to the office. And even if camps do open for the season, parents might not feel comfortable sending their kids there.

Mike Englund, principal director and chief economist at Action Economics, said all of this means households with two working parents will need to adopt a strategy to cope, perhaps with one parent working from home, quitting their job or not looking for a new one if they were laid off.

That continues the knock-on effect.

The future of work and child care

Child care is also a problem of privilege because it’s expensive. And the current unemployment situation is highlighting that inequity.

A lot of jobs that were lost because of coronavirus were on the lower end of the income spectrum. And parents with lower incomes might have to choose between child care and reentering the job market when the economy begins to reopen, said Elise Gould, senior economist at the Economic Policy Institute.

“This will dampen how families, particularly low-income families, access the economy that is opening up to them again,” said Donald.

In the future, there might be more government support for child care, she suspects. That’s already happening in places like Illinois, for example, where the state is now picking up the child care costs for essential workers.

Since April 1, essential workers in health care, human services, government and infrastructure qualify for the state’s child care assistance program. That means Illinois will cover most, if not all, of the costs of child care for essential workers, irrespective of their income.

Between these kinds of social programs and the mainstreaming of remote work, coronavirus could change the nature of work forever.