The doctor who battled the 1918 influenza pandemic is a lot like Dr. Fauci 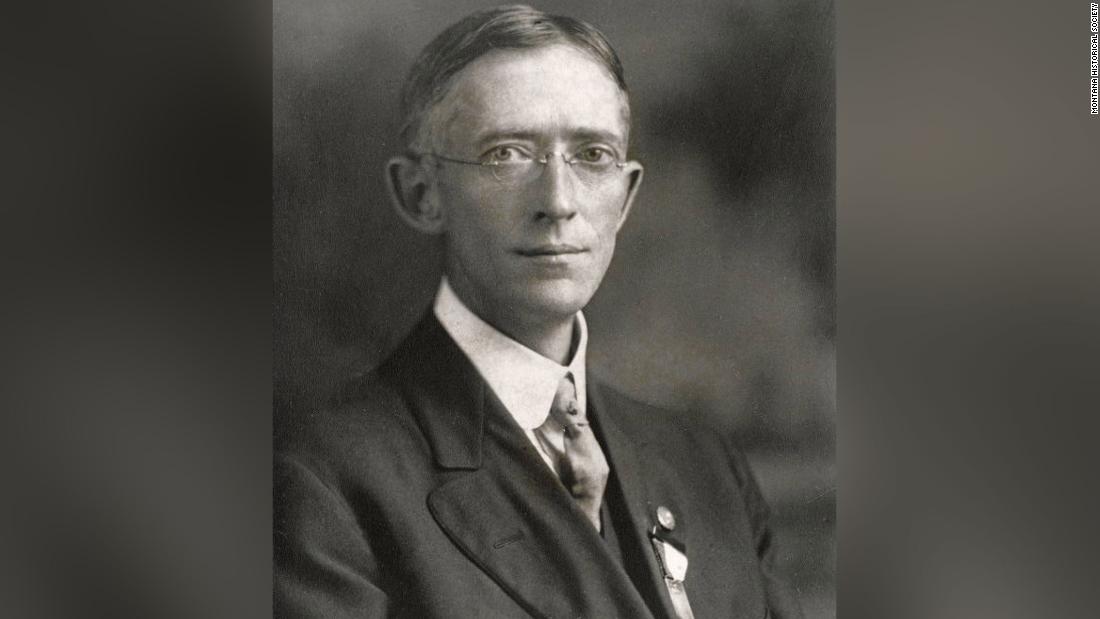 He advised Americans to cancel social gatherings and wear masks in public.

He warned of a disease resurgence if restrictions were lifted too soon.

He was also born in the 19th century.

Before there was Dr. Anthony Fauci, there was Dr. Thomas Tuttle, a Washington health commissioner who shepherded the state through the devastating 1918 influenza pandemic.
The comparison was first made in a Forbes piece published in April.

A century separates the two physicians, and they worked under different circumstances: Tuttle was a state official and Fauci is a national advisor on coronavirus. Tuttle communicated his health recommendations via telegram and Fauci appears weekly on TV. And the pandemics of their eras were two very different beasts.

But the two have shared similar advice for ending pandemics — social distancing, masks and quarantine among them. And it doesn’t hurt that the two bespectacled physicians look alike.

He raised the notion of asymptomatic transmission

In battling the 1918 influenza pandemic, Tuttle raised the notion of asymptomatic transmission, though he didn’t call it that.

In the Washington Board of Health’s Twelfth Biennial Report, published in 1919, Tuttle wrote that a “carrier” was a “person who has been exposed to a disease but who is apparently immune from that disease, and yet will carry with him or her the germs of the disease and transmit them to others.”

He noted that among passengers on a steamship traveling from Nome, Alaska, to Seattle, Washington, 150 of them showed signs of influenza. This was despite no reported cases of influenza in Nome — proof that the vessel must have carried asymptomatic passengers.

Now, community spread is a hallmark of the virus. Fauci said he believed asymptomatic transmission was occurring in January, two months before the coronavirus would become a pandemic.

Asymptomatic transmission is the reason health officials today changed their stance on masks.

Like Fauci, Tuttle asked the public to make fairly drastic changes to weaken the virus’s spread — and that includes social distancing and wearing masks.

“All public gatherings except those absolutely essential to the maintenance of life and to the prosecution of essential war industries were prohibited,” Tuttle wrote.

He advised people to wear masks in public and quarantine themselves (to the chagrin of the public, but more on that below), too. In a retrospective, the Centers for Disease Control and Prevention said that these efforts were “applied unevenly.”

His strategy for Washington state seemed to work, though: With early intervention and a nascent vaccine, Tuttle wrote that the death rate from influenza in the state was “as low as any state in the US, if not lower than any other state.”

Meanwhile, in the 21st century, early April evidence suggested that stay-at-home orders were slowing the rate of infection, the death rate is suspected to rise now that most US states are reopen.

As with Fauci, not every arm of the government — or the public — agreed with Tuttle’s proposed restrictions.

In a telegram to the US Public Health Service, Tuttle asked how long a period of quarantine should last for patients with the virus.

“Service does not recommend quarantine against influenza,” the service responded.

In 1918, after about six weeks of social distancing (though it wasn’t called that then), Tuttle wrote that restrictions were lifted — and within two weeks, infection rates quickly grew.

Meanwhile, Fauci has disagreed with President Donald Trump on a number of the latter’s claims: Trump touted the anti-malaria drug hydroxychloroquine as a treatment for coronavirus, while Fauci warned of its dangers. Trump originally hoped to open the country by April 12, a date Fauci called an “aspirational projection.” And Fauci has some reservations about the majority of states reopening this month.

He warned of a resurgence

Despite the progress the state and nation had made in quelling the pandemic, Tuttle warned of a resurgence later in the season. Though the 1918 influenza outbreak began in the fall and peaked in winter, he warned that it could peak again in the following winter after a relatively mild summer.

“Our fight with this disease is not finished,” he wrote. “In fact, we are simply in the midst of it. We must, therefore, be prepared to meet the situation.”

He turned out to be right — the pandemic stretched into spring 1919. By its end, at least 50 million people worldwide had died from it, including 675,000 Americans.

The coronavirus death toll in America isn’t suspected to near that — more than 135,000 deaths is the latest figure cited by the White House — but a US resurgence is all but guaranteed.

“I’m almost certain it will come back, because the virus is so transmissible and it’s globally spread,” Fauci said during an Economic Club of Washington webinar last week.

Fauci predicted the coronavirus will resurge in the US in the fall and winter, just as flu season kicks off. To prepare for it, Americans must be ready to resume stay-at-home orders at a moment’s notice.