The coronavirus vaccines are highly effective, and the chance of an adverse reaction is rare 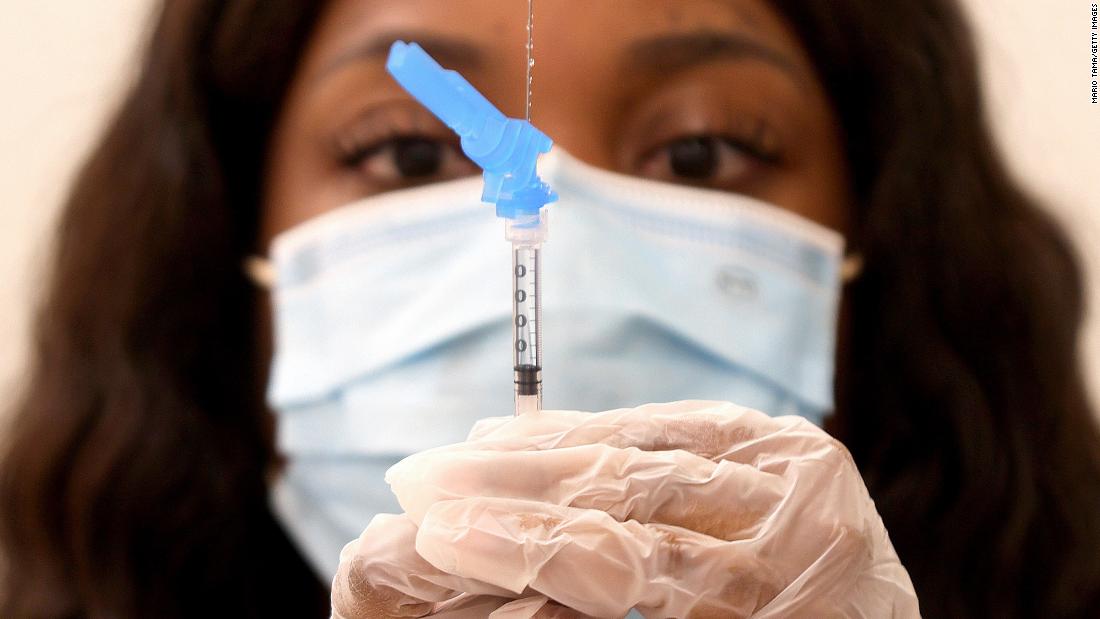 But some developments have dampened the excitement: This week, a few vaccination sites across the US paused operations after some patients reported adverse reactions following the Johnson & Johnson vaccine. The vaccine has also been linked to blood clots in four people who received the vaccine. One of the cases was fatal, European health officials confirmed.

Incidents of “breakthrough infections” have caused some concern, too: A few people who are fully vaccinated against Covid-19 have still been infected with the virus and, in some cases, have died.

Both issues raise valid concerns, said Dr. William Schaffner, an infectious disease professor at the Vanderbilt University School of Medicine. But the risks of getting vaccinated — severe reactions remain incredibly rare — are outweighed by the risks of Covid-19 infection, he said.

Health experts in the US and beyond agree: All three Covid-19 vaccines currently authorized in the US continue to be safe and highly effective at preventing Covid-19 infection.

Moderna and Pfizer, which in clinical trials were found to be between 94% to 95% effective at preventing Covid-19 infection, have recently been studied under “real-world conditions” following their authorization in the US and other countries. A US Centers for Disease Control and Prevention report that followed fully vaccinated health care workers found that both vaccines were 90% effective at preventing infections.

But 90% isn’t 100%, so “breakthrough infections,” or cases of Covid-19 that occur in fully vaccinated people, are to be expected and don’t mean the vaccines are less effective, said Dr. Anthony Fauci at a White House briefing on Friday.

“That number of individuals who were breakthrough infections is not at all incompatible with a 90 plus percent vaccine efficacy. So I don’t think that there needs to be concern about any shift or change in the efficacy of the vaccine,” Fauci said in response to a question from CNN’s Kaitlan Collins.

Johnson & Johnson is not a ‘second-class’ vaccine

The Johnson & Johnson vaccine was linked to four cases of blood clots, one case in a clinical trial and the remaining three during the vaccine’s rollout in the US, the European Medicines Agency confirmed Friday. In one of the cases, the person died.

Vaccination sites in Iowa, Colorado, Georgia and North Carolina this week paused vaccinations after a few people reported adverse reactions from the Johnson & Johnson vaccine. In Colorado, two of 11 people who complained of nausea and dizziness were taken to a hospital for evaluation but were released without hospitalization, health care provider Centura Health told CNN on Friday. The other nine people recovered with juice and water.

At this time, CDC and FDA “are not recommending health departments stop administering any lots of COVID-19 vaccine,” the statement says. “CDC has performed vaccine lot analyses and has not found any reason for concern.”

CDC officials take reports of adverse events seriously and “constantly analyze” the safety and effectiveness of vaccines, Schaffner said. Even considering those reports of adverse reactions, the Johnson & Johnson vaccine is still considered a safe and important tool to combat Covid-19.

Health experts worry, too, about the stigma that the Johnson & Johnson vaccine is a lesser vaccine than Moderna and Pfizer’s offerings. Trials of the Johnson & Johnson vaccine showed it was 66% effective at preventing moderate to severe illness compared to the 90% effectiveness of Moderna and Pfizer.
But Johnson & Johnson’s one-shot vaccine is not a “second-class” vaccine, Schaffner said. It was evaluated under different circumstances — it was tested later in 2020 than the other two, and one of its primary trial locations was South Africa, where a highly contagious variant began to dominate. The vaccine was found to be effective in preventing severe disease there, and no patients who received the vaccine were hospitalized or died.

Why some vaccinated people still get sick and even die

In Friday’s briefing, Fauci noted that the few deaths seen among the 200-plus breakthrough infections predominantly occurred in elderly people. That’s not unexpected, he said.

Older people are more likely than the rest of the population to have underlying conditions. Older people were also among the first to be vaccinated, in addition to health care workers, Schaffner noted.

Schaffner noted the fully vaccinated elderly are already at a heightened risk of death due to their age and health status.

“Those are populations that are enriched with people who have underlying illnesses,” he said. “We know that, on a day-to-day basis, adverse events in that population are going to occur.”

Side effects aren’t rare, but severe reactions are

Minor side effects after receiving a vaccine aren’t uncommon. In the case of the Covid-19 vaccines, an estimated 10% to 15% of volunteers in clinical trials developed noticeable side effects, a former Operation Warp Speed official said late last year.

The most common complaints for the Covid-19 vaccine include arm soreness, fatigue, body aches and, in some cases, a low-grade fever. Nausea, like the 11 patients in Colorado experienced, headaches and swelling at the injection site may occur, too, according to the CDC.
Severe side effects, like an allergic reaction, are far less common, occurring around every two to five per million people, Baylor College of Medicine dean Dr. Peter Hotez told CNN earlier this month.
Severe adverse reactions are extremely rare, but they’re commonly associated with vaccines, and in most cases, health agencies say the benefits outweigh the risk. The rare disorder Guillain-Barré syndrome, which can cause muscle weakness and is thought to follow infection with a virus, occurs in about one or two cases per million flu vaccines. But the vaccine is still considered an essential tool in preventing unnecessary deaths: In the 2017-2018 flu season, of the estimated 45 million Americans diagnosed with the flue, around 61,000 of them died.

The risk from the Covid-19 vaccine is miniscule compared to the risk of severe illness from Covid-19 itself, Schaffner said. As case numbers surge once again in the US, even as millions of people are vaccinated, it’s hugely important that those who can get vaccinated do, he said.

CORRECTION: This story has been updated to accurately characterize Dr. William Schaffner’s comments about vaccine risks. He said the risk of Covid-19 infection outweighs the rare risk of adverse reactions to vaccines.