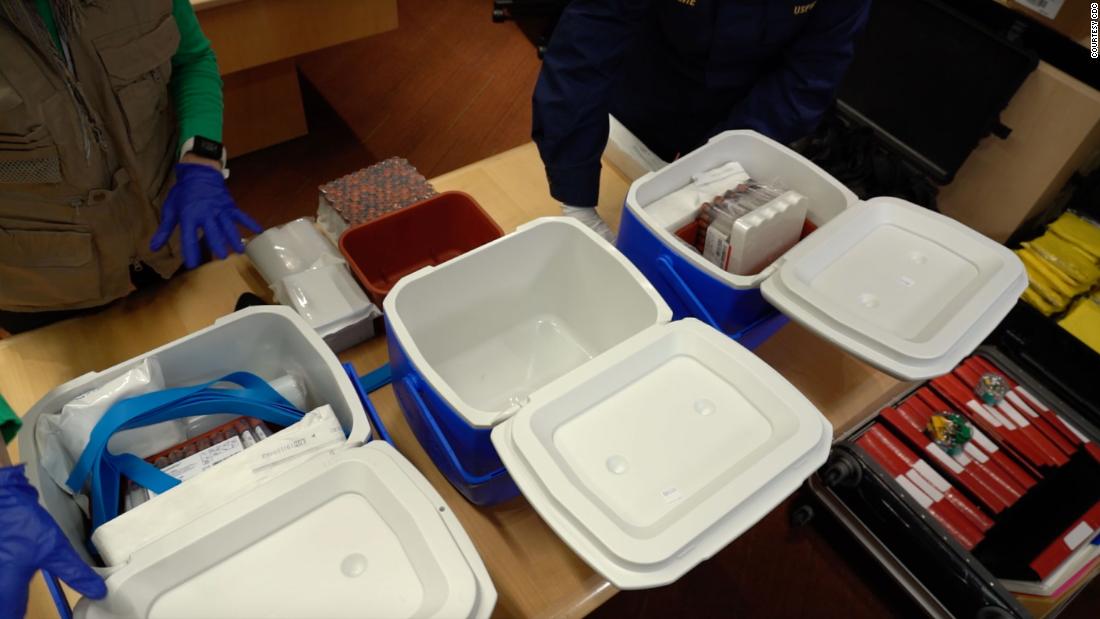 The US Centers for Disease Control and Prevention — which is headquartered in Atlanta — has partnered with the Georgia Department of Public Health and the local boards of health in Fulton and Dekalb counties to conduct a survey of randomly selected homes.

Residents who choose to participate are asked to provide a blood sample for the antibody test and answer some questions about their medical history and possible exposure to the coronavirus, the state’s Department of Public Health said in a news release.

Health workers conducting the survey have CDC vests and badges, the news release said, and are carrying a letter from the CDC and the Georgia Department of Public Health.

Participation in the survey, which started Tuesday and runs through May 4, is voluntary.

“We encourage everyone who is visited by the teams to participate in this very important survey that can help public health officials assess how widespread Covid-19 is in certain areas,” Georgia Department of Public Health Commissioner Dr. Kathleen Toomey said in a statement. “This is another way that Georgians can play a role in helping fight this virus.”

Antibody tests, also known as serology tests, do not identify an active infection. Instead, they detect antibodies in the immune system that fight off the virus.

The presence of antibodies would indicate a person was exposed to the virus and could be protected from re-infection — though it’s still unclear how strong that immunity might be or how long it would last.

Such tests are seen as key to rolling back social distancing because they give public health officials an idea of how widely the virus has spread.

“This survey will help provide us with very important information to help assess how widespread the virus is in the community and determine factors associated with infection,” said Kate Fowlie, a spokeswoman for the CDC.

The information gathered in the survey will also inform public health officials’ strategies to prevent spread in the future, Fowlie added.

The survey focuses on Fulton and Dekalb counties because they are experiencing community transmission of the virus, according to the Georgia Department of Health. The teams are visiting randomly selected areas in both counties that are census blocks used by the US Census Bureau.

The agencies hope to enroll 420 households for the survey, Fowlie said. Some residents have already participated in the survey.

Yisrael Frenkel and his family, who live in Dekalb County, were among the survey participants.

Frenkel said they had heard about the random antibody testing on the news, so they had an idea of what to expect when they got a knock on their door Wednesday and saw two health workers in masks and vests.

“On one hand we were really happy to contribute to the effort in some way,” Frenkel told CNN. “But also cautious, right? People show up at your door and want you to take a survey and give them your blood.”

After checking the workers’ IDs, the family of four felt comfortable, and filled out some paperwork, Frenkel said.

They set up in their car port and answered questions about their behavior, like whether they’ve stayed home or gone to work, the supermarket, restaurants and retail stores. They were also asked about how the pandemic has impacted them mentally, financially and otherwise, Frenkel said.

Frenkel and his wife both provided blood samples, he said, but their twin 16-year-old sons declined the blood draw and only answered the health workers’ questions.

“They need to be able to collect the data in order to plan,” Frenkel said, reiterating the family was glad to help in any way they could. “Sitting at home we don’t have that many opportunities to be helpful in the effort.”

The family was also just happy to interact with other people after so long practicing social distancing, Frenkel said, laughing.

“It was great and strange to have other humans standing at our door,” he said. “It’s been so long.”