The cassowary bird: How the world’s most dangerous bird got its unique feathers 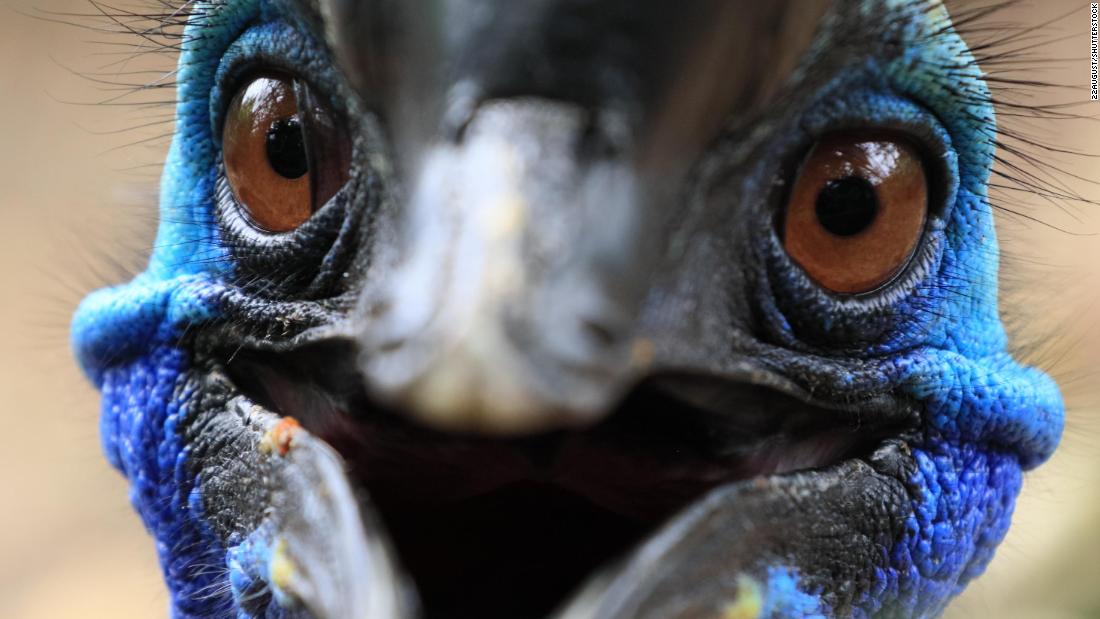 But what excites scientists about the cassowary — a large, emu-like, flightless bird — is its distinctive look. With its black iridescent feathered body, its blue, turquoise and magenta neck and horned crest or casque, it’s been described as looking like a “high-fashion dinosaur.”

“It’s a little over a meter tall. It’s pretty heavy. Their bones are dense. They definitely can cause some damage,” said Chad Eliason, a staff scientist and postdoctoral fellow at the Field Museum in Chicago and an author of a new paper on the giant bird that published Wednesday in the journal Science Advances.

“There’s lots of stories about dangerous kicks with their claws. They help you to realize birds are related to dinosaurs.”

Each of its three-toed feet has a claw that can be up to 4 inches or 10 centimeters long, allowing it to slice open a predator with a single kick, according to the San Diego Zoo. It can also run up to 31 miles per hour through dense forest and jump up to 7 feet (2 meters).

New research on the feathers taken from a dead bird has now revealed what gives cassowary feathers their glossy black shine.

“Understanding basic attributes — like how colors are generated — is something we often take for granted in living animals,” said paleontologist Julia Clarke, a professor at the Jackson School of Geosciences at the University of Texas at Austin and the paper’s senior author.

“Surely, we think, we must know everything there is to know? But here, we started with simple curiosity. What makes cassowaries so shiny?”

Unlike in other shiny birds, such as hummingbirds or crows, the cassowary’s glossiness is produced by the rachis, or the spine of the feather, rather than the barbules, or minute filaments fringing a feather.

Since the fluffy barbules on cassowary feathers are pretty sparse, the rachis gets more exposure to light than in “thick-feathered” birds, giving it a chance to literally shine.

“The gloss is in a totally different part (compared to other birds). You picture a feather being like a tree, the gloss is in the trunk of the tree, not the branches,” Eliason explained.

The three species of cassowary are native to parts of northern Queensland, Australia and New Guinea. They live on fruit.

The study suggested that the cassowary’s unique gloss-producing mechanism would have evolved gradually over time, with an ancestral bird losing its barbules and the cassowary developing a thicker central feather shaft.

Eliason suspected that flightlessness might have given cassowaries more evolutionary room to develop their odd-shaped feathers.

“Needing to be able to fly is a very strong stabilizing force on wing shape,” Eliason said.

“Losing that constraint, that need to fly, might result in new feather morphologies that produce gloss in a way that a flying bird might not.”