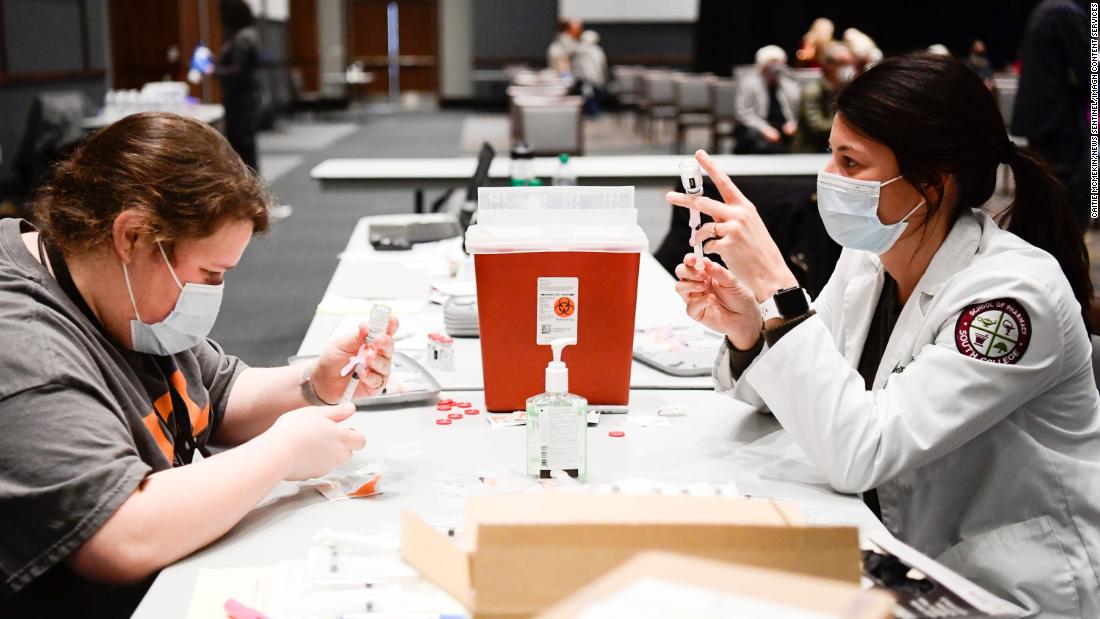 Now Dr. Michelle Fiscus, a pediatrician who has served as the state’s medical director of the vaccine-preventable diseases and immunization for two years, said she is afraid for the people of her state — which is already lagging in vaccination against the virus.

“It is just astounding to me how absolutely political and self-centered our elected people are here and how very little they care for the people of Tennessee,” Fiscus told CNN in a telephone interview.

Fiscus said she and other health officials have been under pressure, but the final straw was what should have been an innocuous memo citing Tennessee state law about whether minors may get medical care without their parents’ permission.

In 41 states, minors must have the consent of a parent or guardian to be immunized but Tennessee is one of five states that has a “mature minor doctrine” that allows health care providers to decide if any child has the capacity to consent to vaccination themselves.

Four other states and Washington, DC set an age cutoff for a minor to decide without a parent or guardian.

“A recipient of that memo was upset that, according to Tennessee Supreme Court case law, minors ages 14-17 years are able to receive medical care in Tennessee without parental consent and posted the memo to social media,” Fiscus said in a statement.

“Within days, legislators were contacting TDH (Tennessee Department of Health) asking questions about the memo with some interpreting it as an attempt to undermine parental authority. Let me be clear: this was an informational memo containing language approved by the TDH Office of General Counsel which was sent to medical providers by the medical director of the state’s immunization program regarding the guardrails set 34 years ago by the Tennessee Supreme Court around providing care to minors,” she added.

“What has occurred in the time between the release of this memo and today, when I was terminated from my position as medical director of the vaccine-preventable diseases and immunization program at the Tennessee Department of Health, can only be described as bizarre.”

The department told CNN by email it could not comment on personnel matters.

The National Association of County and City Health Officials (NACCHO) told CNN in May that more than 250 public health officials had left their jobs since the pandemic started — many of them against their will, and others under pressure from people opposed to public health efforts to control the pandemic.

Fiscus said she is worried about the safety of the people of her state. “I am angry that public health is political in this state,” she told CNN. “Public health should never, ever, ever be political,” she added.

“People all through state government are scared to death that they are going to lose their jobs over this. We are not permitted to do what is right and evidence based and what is recommended by CDC and other national experts on how to manage this pandemic. As a result, our case counts are going up. We only have 38% of Tennessee residents vaccinated, and Delta is coming over from our border states in Arkansas and Missouri.”

Tennessee had a fast and organized vaccine rollout until the matter became politicized, Fiscus said. “We were one of the best and fastest in the country,” she said.

Now, she said, the state has stopped all vaccine outreach regarding children. “This is a failure of public health to protect the people of Tennessee and that is what is reprehensible,” she wrote.

“Specifically, it was my job to provide evidence-based education and vaccine access so that Tennesseans could protect themselves against COVID-19. I have now been terminated for doing exactly that.”

Earlier Monday, three health policy experts published a commentary in the Journal of the American Medical Association’s JAMA Pediatrics arguing that teens should be allowed to decide for themselves whether to get vaccinated.

“Children and adolescents have the capacity to understand and reason about low-risk and high-benefit health care interventions. State laws should therefore authorize minors to consent to COVID-19 vaccination without parental permission,” Larissa Morgan of the University of Pennsylvania Carey Law School, Jason Schwartz of Yale University and Dominic Sist of the Department of Medical Ethics and Health Policy at the University of Pennsylvania wrote.

“In the context of vaccination, some older minors may possess a more accurate understanding of the risks and benefits of a vaccine than their hesitant guardians.”

Fiscus’s husband, Brad Fiscus, ran for a seat in the state House of Representatives as an Independent last fall and lost.