Teaching your children resilience for hard times? These kids’ books are all about it 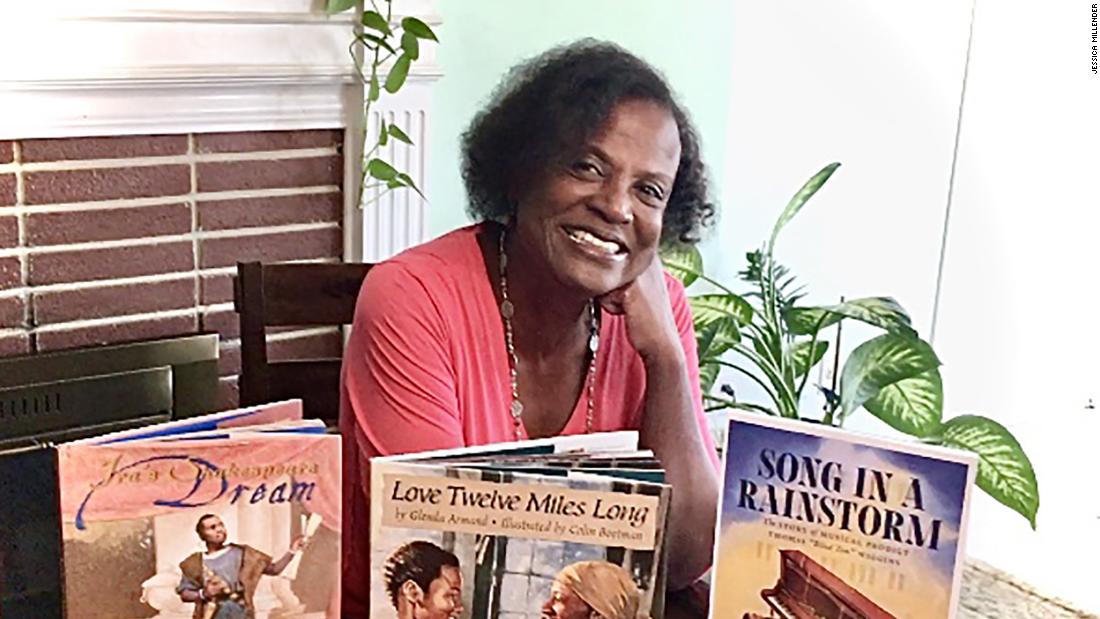 But while this pandemic is unlike anything the world has faced in living memory, previous generations of children and youth have lived, grown and even thrived through great hardship. Their stories can be models of resilience, said children’s book author and librarian Glenda Armand.

“You want to have role models for kids who are going through difficult times,” Armand said. “It gives them tools to cope with what’s going on, and shows that these times don’t last forever.”

Armand, whose book “Love Twelve Miles Long” recounts the story of a young Frederick Douglass, noted that there are important lessons for today’s children in even the grimmest periods of history.
In a recent blog post, she wrote that her great-great grandfather Victor Jones Sr. was born into slavery, and that her writing for children about enslaved people is a way “to recognize their strength, to honor their sacrifice.”

“Children tend to live in the present,” he said. “Part of their maturing and education is learning to put the present in a larger context.”

That doesn’t mean parents must turn reading time into a history class. Instead, sharing a book should be an opportunity to spark curiosity and conversations. “I would start by really listening closely to your child’s reactions,” Marcus said.

When it comes to younger children and picture books, Marcus suggested that parents cultivate their own curiosity, “maybe pointing to one of the pictures and saying: ‘What do you think is happening here? How do you think that character is feeling?'”

Children can learn resilience in all kinds of ways, Marcus emphasized.

Their role models don’t even have to be human, he said, noting that he loves the Newbery Award-winning chapter book “The One and Only Ivan,” whose protagonist is a gorilla held captive in a shopping mall. (The 2020 movie will be released in August.)

“It’s a book about empathy,” he said, “so it has a lot to offer without being obvious about it.”

What topics are kids ready to face?

Caregivers worried children aren’t ready to encounter stories about slavery, war and hardship might be surprised by what their kids have already noticed, Marcus said.

“I think parents tend to be overprotective and to assume too little about what children know and care about,” he said. “Kids are often self-regulating to a degree that parents don’t realize.”

“Most kids are pretty curious about things,” agreed Kirby McCurtis, president of the Association for Library Service to Children. “They see things and want to ask questions, so you can just go with the child as your lead.”

If your child is experiencing grief, loss, fear or other hard feelings, the books can be a way to explore them, McCurtis said. “A child who might not be ready to talk about a challenging subject — they can see themselves in a book.”

For older kids, McCurtis said that not only can reading help with coping and processing, but that stories can be a bridge to reimagining the future.

“With teens there are so many dystopian novels,” she said. “That’s an easy way to make that connection because right now feels a bit like a dystopian reality. That can be a really interesting coping mechanism for teens, but it’s in a different way. It’s sort of like: Let’s get creative in the aftermath.”

These are some expert-recommended books for kids of all ages learning to cope, put things in context and get creative.

Explore the importance of love and family in Armand’s book “Love Twelve Miles Long,” which imagines the powerful connection between a young Fredrick Douglass and his mother in 1820s Maryland. While the story itself is fictional, Armand scoured Douglass’ three autobiographies for details that inform the text.

Follow a child facing disruption and disaster in “Kenta and the Big Wave,” by Ruth Ohi, a fictional book based on the true story of a 2011 tsunami that ravaged the Japanese coast. Kenta loses his soccer ball in the aftermath of the wave, but the ocean brings it back.

Jim Crow-era racism and the Great Depression are the setting for “Roll of Thunder, Hear My Cry,” the finale of Mildred Taylor’s four-book series of novels on the Logan family, which highlights how strong relationships can offer resilience in hard times.

Despite the terror — and ultimate tragedy — of 13-year-old Anne Frank’s two years spent hiding in an attic during the Nazi occupation of Holland, her writing in “Anne Frank: The Diary of a Young Girl” offers moments of hope. “In spite of everything I still believe people are really good at heart,” she wrote.

Based on the life of Juana Maria, an Indigenous Nicoleño women who survived alone on California’s San Nicolas Island for nearly 20 years, “Island of the Blue Dolphins” by Scott O’Dell is a story of incredible resilience. In the fictionalized book version, 12-year-old Karana learns to fend for herself while coping with loneliness.

When young Kek immigrates from Sudan to Minnesota in the novel “Home of the Brave” by Katherine Applegate, everything changes. He’s grieving lost family and adjusting to a new place; making friends helps soften the transition.

Dust storms devastate 14-year-old Billie Jo’s Oklahoma farming community in the free-verse “Out of the Dust” by Karen Hesse. The Newbery Award-winning book shows the terrible toll of the Great Depression and Dust Bowl, with a young protagonist who keeps fighting despite grave setbacks.

Hanno sees his twin brother killed in 1945 Germany, then joins forces with 14-year-old Effi as he tries to survive the aftermath of the Second World War in the novel “Last Train From Kummersdorf” by Leslie Wilson.

The fictional teenage protagonists of John Green’s “The Fault in Our Stars” find romance and humor while facing down cancer and looking for deeper meaning. Love, loss and mortality are powerful themes in this engaging story.

A family tragedy unfolds amid genocide in the autobiographical “First They Killed My Father: A Daughter of the Cambodian Genocide Remembers” by Loung Ung. The author’s family moved between work camps run by Pol Pot’s regime, and Ung survived in part thanks to her family’s frank discussions of the dangers they faced.

Follow high school heroine Emily Bird through a world coping with deadly pandemic in Alaya Dawn Johnson’s “Love Is the Drug.” Bird’s hometown of Washington, DC, is quarantined, which heightens the tension of the book’s teen drama, romance and intrigue.