Talking to your family about death 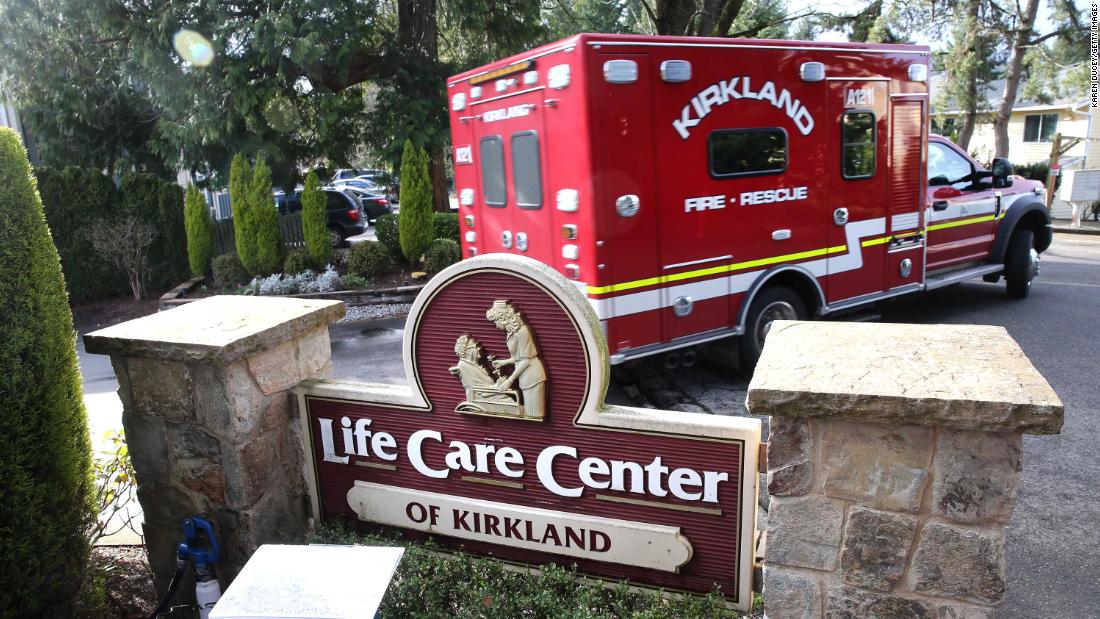 The medical directive she signed last year at the Life Care Center outside Seattle called for no resuscitation if her heart stopped, no machine to help her breathe. The 75-year-old, who suffered from lung disease and heart problems, had been on a ventilator for two weeks in 2016, a grueling experience she didn’t want to repeat.

So after Dreyfuss fell ill in late February, becoming one of the first US patients sickened by the new coronavirus sweeping the globe, her family reluctantly allowed doctors to halt lifesaving treatment in favor of comfort care.

Dreyfuss, a once-vivacious feminist and activist, died March 1, two days before tests formally confirmed she had Covid-19. But her decision to confirm her wishes in advance could serve as an example for growing numbers of individuals and families feeling new urgency to pin down end-of-life preferences and plans.
In the weeks since the coronavirus has surged, sickening more than 97,000 people in the US and killing more than 1,400 as of Friday afternoon, interest in advance care planning has surged, too.
More than 4,000 requests poured in last week for copies of “Five Wishes,” an advance directive planning tool created by the Tallahassee, Florida, nonprofit agency Aging with Dignity. That’s about a tenfold increase in normal volume, said Paul Malley, the group’s president.

“We started hearing from families that they want to be prepared.” said Malley, noting that more than 35 million copies of the living will were already in circulation.

Stephanie Anderson, executive director of Respecting Choices, a Wisconsin-based group that provides evidence-based tools for advance care planning, said her organization put together a free COVID-19 toolkit after seeing a spike in demand.

“We had hundreds of calls and emails saying we need help having these conversations now,” she said.

The tools and documents aim to help adults of all ages plan for their medical, personal, emotional and spiritual care at the end of life with a series of thoughtful questions and guides.

Malley said the Covid-19 crisis has spurred interest from two primary groups. The first: people immediately concerned that they or someone they love will contract Covid-19.

“They’re saying, ‘Will we know what Mom or Dad wants?'” Malley said. “They’re motivated by the urgency of a health crisis around the corner.”

New requests also are coming from families sidelined at home by shelter-in-place orders, he said, as they spend relaxed time with loved ones and have more breathing room for such discussions.
“Their family is playing more board games together and catching up on movies,” he said. “Advance care planning is falling into that bucket of that thing people wanted to do when they had time.”

These conversations can be difficult enough during ordinary times, but the crisis has provided an urgent new reason to start talking, said Anderson. “We’re hearing people are really worried,” she said. “I’ve heard the word ‘terrified’ about what’s happening in the country.

It’s more than just filling out a document, Anderson emphasized. The conversations about preferences and values can help provide real relief. “They want somebody to talk about these things,” she added.

Eliciting end-of-life preferences in advance also could help ease the strain on the health care system as doctors grapple with how best to divvy up care amid dwindling medical supplies and equipment.

Dr. Matthew Wynia, a University of Colorado bioethicist and infectious disease doctor, is planning how to triage seriously ill patients when the supply of mechanical ventilators runs short at his medical campus. Understanding — and soliciting — patients’ end-of-life preferences are key, he said.

“We’ve always had the requirement that people get asked about an advance care plan, but now we are taking that incredibly seriously,” he said. “Because we need to know if you get much worse, what would you want?”

One new and potentially controversial question his hospital is considering would ask patients whether they’d be willing to forgo a lifesaving ventilator for someone else in a crisis. “Would you want to get in line for those crucial care resources?” Wynia said. “Or are you the kind of person who would say, ‘I’ve had a good life and I’ll let other people get ahead of me in line?'”

The most “ethically defensible” way to make a triage decision is to ask patients in advance, Wynia said. “By the time you’re asking for volunteers, these people can’t talk to you anymore.”

But some experts worry that asking such a question crosses a line, even during an emergency. Malley balked at the thought of asking Covid-19 patients to weigh their lives against others, fearing it could pressure vulnerable people — the elderly, disabled and others — into decisions they don’t really want.

“I think we shouldn’t resort to coercive questions,” he said. “I don’t think anyone should be made to feel they have a duty to die.”

Even if you’ve made advance care plans in the past, Malley and Wynia emphasized the need to reevaluate them in light of the Covid-19 scare.

If you’ve documented your wishes to decline CPR or intubation because of a primary disease, such as cancer, consider whether you still want to forgo such treatment for the novel virus. Similarly, if you’ve opted for full treatment — prolonging life by all measures — make sure you’ve considered the potentially devastating aftermath of mechanical ventilation for Covid-19.

“For this condition, people who need to be on a vent for Covid-19 are staying on it for two weeks or three and they may have very severe lung disease afterward,” Wynia said.

Indeed, Barbara Dreyfuss’ two-week stint on a ventilator shaped her answer to questions on the medical directive that guided her care, her son said. “Because of what had happened to Mom four years ago, we had already sat around as a family and discussed this,” Briggs said.

That doesn’t mean it was easy, said Meri Dreyfuss, 62, Barbara’s sister, who called stopping active treatment “a hellish decision.” But as the infection in her lungs worsened, Barbara Dreyfuss was clearly in pain. “I was like, ‘Oh, my God, I can’t stand the thought of her suffering,” Meri Dreyfuss recalled.

Late on the evening of March 1, Briggs was with his mother in her isolation room. Nurses asked him to step out because he had exceeded the allowed contact time. But when he looked back, monitors showed that his mother’s vital signs were dropping fast.

Nurses allowed him to rush back into the room. Dressed in a hospital gown, mask and gloves, his cellphone wrapped in a plastic bag, Briggs quickly turned on the ’60s music his mother loved. Nurses had increased doses of drugs to decrease her air hunger and anxiety.

“Somewhere between ‘Stand by Me’ and ‘Here, There and Everywhere,’ my mom passed away,” he said.

At the center of a global crisis, Dreyfuss’ earlier decision allowed her to have control over how she died.

“It felt like she was peacefully sleeping,” Briggs said. “She just stopped.”