Taking a bath might be good for your heart, study says 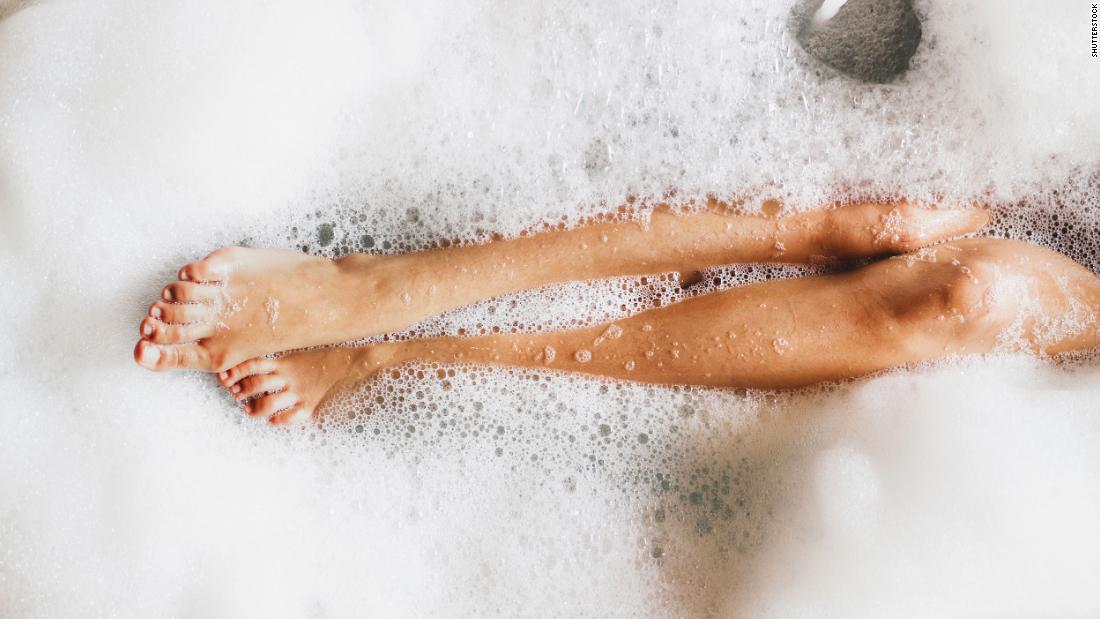 It could also lower your risk of heart disease and stroke, a new study finds.

They discovered this after tracking the bathing habits and cardiovascular disease risk of more than 61,000 Japanese adults for 20 years.

“We found that frequent tub bathing was significantly associated with a lower risk of hypertension, suggesting that a beneficial effect of tub bathing on risk of [cardiovascular disease] may be in part due to a reduced risk of developing hypertension,” the researchers said in a press release.

Participants ages 40 to 59 with no history of heart disease were followed from 1990 to 2009. At the start of the study, they were separated into groups by how often they took a bath in a tub on average: less than once a week, one to two times per week, almost daily or every day.

The temperature of the water, based on participants’ descriptions, also mattered. There was a 26% lower risk for heart disease with warm water, and a 35% lower risk of cardiovascular disease for hot water.

Why bathing could help the heart

Tub bathing is considered to have a preventative effect against heart disease by improving what’s called “hemodynamic function,” the report said. This describes the way that blood is able to be pumped efficiently through the body, said Dr. Eric Brandt, a cardiologist and lipidologist at the Yale School of Medicine’s Yale New Haven Hospital, who wasn’t involved in the study.

Good hemodynamic function would mean that the heart is able to efficiently pump blood without having to fight against conditions such as high blood pressure.

“It seems like tub bathing is similar to exercise in that it increases the heart’s work, [but] it does so by relaxing the blood vessels and getting blood pumping to other parts of the body. So it creates this extra temporary work for the heart, but not one that’s a negative consequence.”

The editorial for the study points out that taking hot baths in pursuit of health benefits is not without risk. Tub bathing may be associated with “sudden death, particularly in the elderly, by accidental drowning or heart attack triggered by a rapid change in body temperature, or by heat stroke in which the increased body temperature cannot be controlled” by sweating, the report said.

Other factors for consideration

While the study suggests that daily baths could help lower your risk for heart disease, that isn’t the only factor to consider.

Researchers found that those who took fewer baths were also less likely to engage in other healthy behaviors that would reduce their risk of heart disease — so whether their lack of bathing is what led to higher heart disease risk is questionable. The study also didn’t ask participants their reasons for bathing less frequently, which could have revealed health conditions, the report said.

Brandt isn’t convinced that bathing alone is the main reason for the study’s findings of lower heart disease risk; it’s more likely, he said, that regularly taking a warm or hot bath “can have a temporary physiological change that’s similar to exercise,” and that other healthy lifestyle factors came into play.

And those in America, where heart disease is the No. 1 killer, may not see the same benefits as those in the study because Americans have more lifestyle-related illnesses, Brandt said.

“Our population is so different than the Japanese, and lifestyle especially,” Brandt said. “The risk might be different for Americans compared to Japanese in the context where we carry a heavier burden of chronic lifestyle-related illnesses. I would say that among patients where this could apply is that among people up to their 70s, with tub bathing at least there wasn’t a signal in the study of cardiovascular harm.”

Previous research involving heat exposure has found associations similar to those in the current study: A 1999 study on eight people with diabetes found bathing led to a lower fasting blood glucose, and sauna bathing has been linked with reduced sudden cardiac death and heart disease risk.

While there’s only a link between bathing and a lower risk of heart disease, bathing likely doesn’t lead to any kind of cardiovascular harm if done safely, Brandt said.