Stuttering 101: A biological condition no one should make fun of 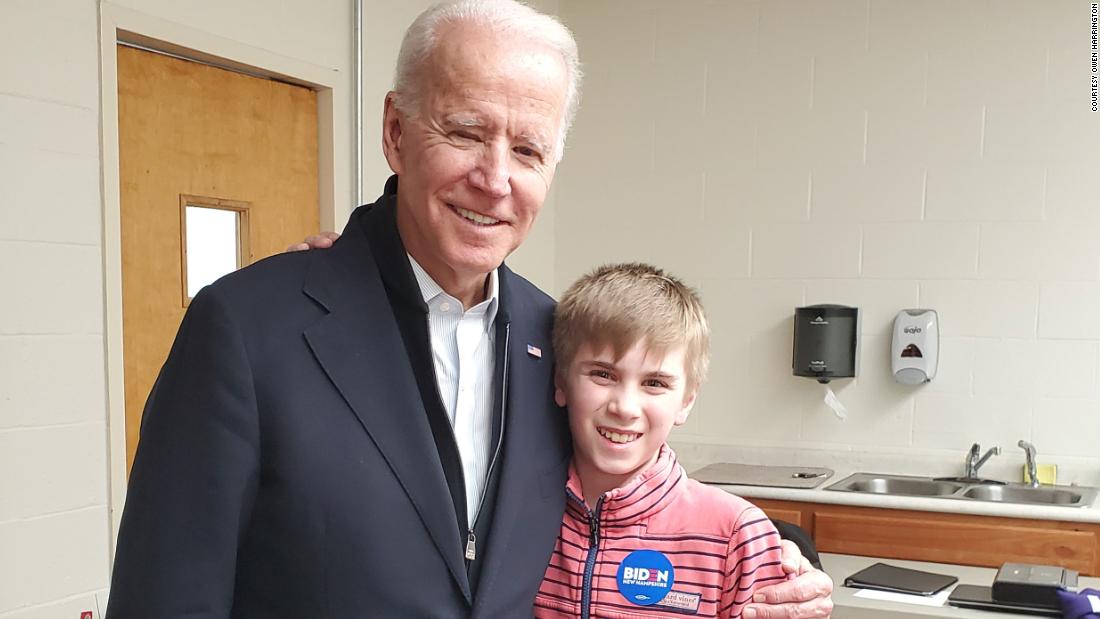 Many saw an example of that on the final night of the Democratic National Convention when a 13-year-old boy shared with the world the support he has gotten from the party’s 2020 presidential nominee, Joe Biden.

“He told me that we were members of the same club: We stutter. It was really amazing to hear that someone like me became vice president,” said Brayden Harrington in the video recorded for the convention.

He told the story of how he met Biden at a New Hampshire campaign rally and how the former vice president took him backstage and showed him how he prepared scripts for public speaking.

“He showed me how he marks his addresses to make them easier to say out loud. So I did the same thing today,” Brayden said, flipping around the piece of paper he was reading to show the markings on his speech.

“I’m just a regular kid, and in a short amount of time, Joe Biden made me feel more confident about something that’s bothered me my whole life,” Brayden said.

According to the Stuttering Foundation, 70 million people worldwide stutter, which is about 1% of the population. In the United States, that’s over 3 million Americans. Interestingly, stuttering affects four times as many males as females, although it is not fully understood why.

It’s in the genes

Sixty percent of those who stutter also have a family member who stutters, studies have found. But it was not until 2005 that scientists discovered why. Today we know that mutations in four genes contribute to about 20% of all cases of stuttering, and science is searching for more.

Those genes affect a part of the brain that controls “intracellular trafficking” — a relatively new understanding of how certain molecules inside a cell direct traffic along various neural pathways. These genes are also being studied in connection with Parkinson’s, Huntington’s and even Alzheimer’s disease.

A former researcher at the National Institute on Deafness and Other Communication Disorders, Dennis Drayna, spent much of his career researching the causes of stuttering because it runs in his family. Now retired, he explained how the genetic mutations impact speech in a previous interview with CNN.

“These mutations affect a process inside cells that degrades things that the cells don’t need anymore,” Drayna said. “This process is called the garbage can, or more like the recycling bin, of the cell. When this process gets interrupted, the cell goes haywire, and that causes problems.”

Genes can’t explain all cases of stuttering, however. There could be physical issues that contribute, such as speech sensory and motor coordination, and of course having a stroke, traumatic brain injury or other brain disorders.

How it relates to speech development

It has nothing to do with the ability to speak properly — people who stutter have no issues with grammar, syntax, articulation or pronunciation, experts say. That’s evident when people who stutter sing or recite a well-known passage, such as the Lord’s Prayer or the Pledge of Allegiance.

Young children between 2 and 5 often stutter as a normal part of learning to speak, and speech improves as they age. However, children who have developmental delays or other speech problems may be more likely to stutter.

Parents should reach out to a speech pathologist for an evaluation, experts suggest, if stuttering continues as the child grows older and lasts more than six months; if it’s combined with other speech or language problems and affects a child’s communication at school or in social interactions; or is paired with muscle tightening or visible struggles to speak.

What makes it worse?

Being excited, tired or under stress can trigger a stutter, as can feelings of pressure or self-consciousness. Public speaking can be especially difficult for anyone with the condition, and some even have challenges when talking on the phone.

Emotional distress has a huge impact on the condition. Those who have overcome their stutter in normal situations may experience a return of the issue when they are nervous or if high parental or social expectations create pressure.

However, “stuttering, at its basis, is a biological disorder,” Drayna told CNN. “People seem to think stuttering might be an emotional disorder, or even a social disorder, and it’s really very unlikely that either of those two things are true.

“I think the sooner that stuttering is recognized as a biological disorder, people can get down to using that understanding … to better treat the disorder.”

Winston Churchill stuttered, as did Queen Elizabeth’s father King George VI, whose struggle to overcome his anxiety and speak to the British people during the bombings of World War II was portrayed to critical acclaim in the 2010 movie, “The King’s Speech.”