Students with special needs: The challenges of online learning 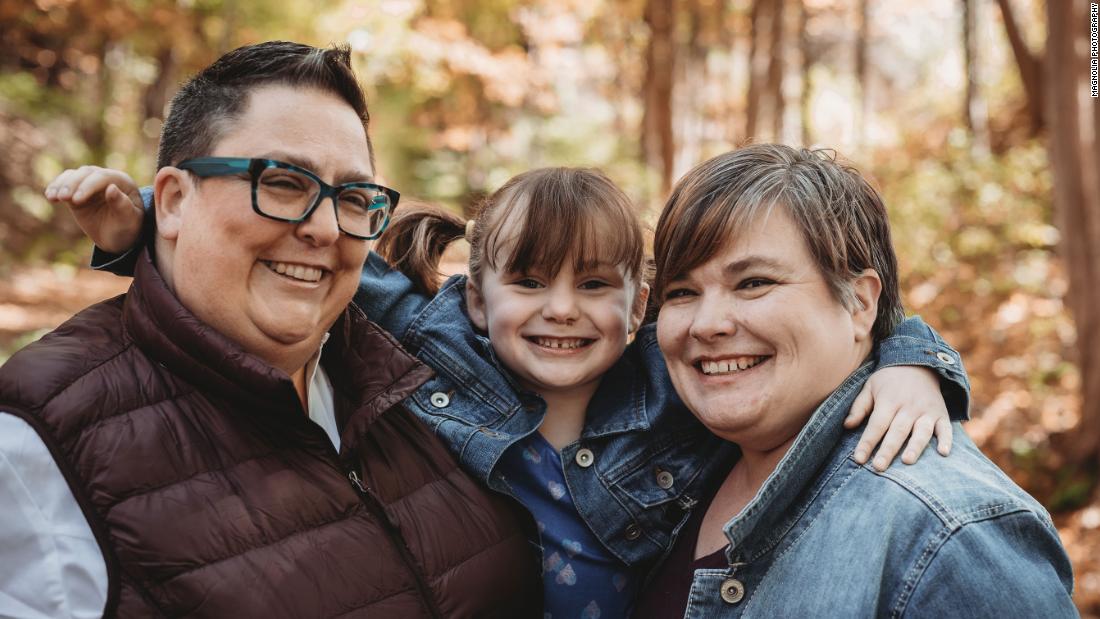 In a typical year, Burgstahler’s children would receive additional support at their respective schools — her nonverbal son in the form of an aide who is with him all day, her daughter with a counselor as needed.

But because this year is unfolding over technology at home, Burgstahler is playing all the roles herself.

That means she must figure out how to get each child logged into their classes on time. It means she follows along to make sure the kids stay focused. It means she provides their only outside help.

As many children around the world head back to school virtually, Burgstahler and other parents of children with special needs are finding themselves in a similar predicament.

All told, there are roughly 7 million students with special needs in the United States who each qualify for specifically tailored accommodations at school, known as an individualized educational plan, or IEP. As schools start the year with virtual learning, many of these students are finding the day-to-day education they are receiving falls short of what they’ve been promised and less than what they’ve been legally promised they would receive.

Selene Almazan, a Silver Spring, Maryland-based attorney who also serves as legal director for the Council of Parent Attorneys and Advocates, said this reality is not only problematic, but also may be illegal.

“When it comes to education, some parents think something is better than nothing,” she said. “But what works for some students may not work for those students with special needs, and many parents are feeling like they’re in a no-win situation for the foreseeable future.”

No discussion of virtual learning for students with special needs can begin without at least a cursory explanation of what individualized education plans are and how they usually work in a school setting.

Think of an IEP as a detailed outline for the special education instruction and services a child needs to thrive in school. Each program is designed to meet a student’s unique needs. What’s more, each program constitutes a legally binding document that follows the student for the duration of their schooling — wherever the student goes. So long as the student stays in a US public school, the school or school district is required to comply with the terms of the IEP.

Rules and enforcement of IEPs are covered by the Individuals with Disabilities Education Act. The language of that law says students with IEPs are entitled to “free and appropriate public education.” Experts on the subject such as Almazan colloquially refer to this provision as “FAPE.”

US Secretary of Education Betsy DeVos back in March instructed school districts that federal law should not be used as a cover to prevent them from offering online learning to students with disabilities. Since then, however, the federal government hasn’t provided any guidance on how schools or school districts deliver critical services to those students who need them most.

On paper, at least according to Almazan, it means the government has washed its hands of guaranteeing that children with IEPs receive the education and services to which they are legally entitled.

In practice, it means most families — and teachers — have been left to fend for themselves, especially in those cases where the family can’t afford outside services to help the child at home.

“At some point, the issue of IEPs, like so many other issues during this pandemic, becomes an equity issue,” Almazan said. “Many kids with disabilities live in poverty. What are they supposed to do?”

As a special education teacher at a public middle school in Commack, New York, Kristin Liskow already has seen this dynamic play out with her students. Liskow described the spring semester as a “struggle” for her students. Some of them managed to participate remotely, but most could not participate with any consistency.

Most, she said, were quite simply left behind.

As a result, for Liskow a huge part of the fall semester this year will be evaluating students to see the extent to which they’ve regressed or need modifications to their IEPs because of what happened to their education following the pandemic shutdown.

“At the end of the year you’re making recommendations and you’re trying to plan for the following year, but last year was so different — we really couldn’t base things on the same metrics as usual,” she said in a phone interview last month. “It was hard to give them a report on how they progressed toward their goals, because we’re not tracking them the same way that we were in the classroom.”

“Everything is different,” she said.

As of press time, Liskow has reopened with a blended learning model, meaning that all neurotypical students (without IEPs) do some work in person at school and some work independently at home, while many neurodiverse students (with IEPs) report for school with certain public health provisions five days a week.

“I know the spring wasn’t good,” she said. “I’m trying everything I can to make the fall better.”

Others have embarked on similar missions, only with different approaches to embrace the virtual environment.

Take LaDonna Curry, for example. Curry is a student supports manager with Communities In Schools of Chicago, a nonprofit that helps students with cognitive, developmental and multiple disabilities at schools across the area. Since the pandemic started, she has spent her days getting a caseload of 47 neurodiverse kids comfortable with virtual learning.

This process looks different every day. Curry incorporates movement as intervention if students are having a tough time. Sometimes she tries to get students to break away from the curriculum to do a group breathing exercise. In a pinch, she’ll instruct parents to give the kids chewing gum to keep their mouths occupied. If a student admits to feeling anxiety, Curry will have the student describe what it feels like, and where in the student’s body the feeling is coming from.

The effort doesn’t stop there.

Curry also meets privately with parents (virtually, of course) to help them understand the arsenal of tools teachers would be using if they were working with the students in an actual school setting.

“Frequent check-ins with students and parents. Open communication. Whatever it takes. At this point it’s all virtual, and that’s how I do my job,” she said. “I’ve always thought of myself as creative but this situation has pushed me into finding new ways to connect with students and meet their needs.”

For every success story like these, there also are stories of disappointment and frustration, said Sara Finegan, special education specialist at Hage Elementary School in San Diego’s Mira Mesa neighborhood.

Finegan bemoaned the fact that no matter how good resources are, no matter how willing teachers might be to bend over backward for a particular student, in many cases students with special needs are just going to struggle with the shortcomings of virtual learning.

“A lot of these kids have a lot of trouble staying focused and working independently, whether that’s because they have an actual attention deficit disorder or because they have low expectations that they’ll know what to do,” she explained.

“Beyond that, what works in general education doesn’t work for special education students. New concepts must be broken down into manageable parts, taught in isolation and practiced a lot. That’s really hard to do in digital learning, even if you’re a terrific teacher.”

Lanya (Lane) McKittrick, a Seattle-based mother who has IEPs for three of four children, understands this fundamentally. Two of her IEP children are deaf and blind; the youngest also suffers from anxiety and ADHD, and the third has severe learning disabilities and ADHD. McKittrick said that in the early going she has had “countless” meetings with teachers and the principal. So far, the school year has been a lot of energy investment for little return.

Still, she is keeping an open mind. McKittrick and her husband continue to interface with their kids’ school to try to get more of the services they need.

The couple also has considered bringing in outside help to fill some of the holes in the kids’ education.

“Individualization is hard when you have a distance program trying to serve everybody,” said McKittrick, who is also a research analyst at the Center on Reinventing Public Education. She added that she has been pleading with the district to prioritize flexible plans for students with special needs and has been seeking willingness on the part of the school or district to work with parents to get the new approach right.

For most parents of students with IEPs, the name of the game is patience, and accepting that the stopgap nature of virtual education isn’t necessarily designed for them.

Jessye Cohen-Filipic, psychologist at REACH Medical and associate professor of psychology at Ithaca College in Ithaca, New York, put the challenge into perspective by describing the situation as “a work in progress that probably won’t ever be as good as it should be.”

In pre-pandemic times, Cohen-Filipic said her 7-year-old would have three to five sessions weekly of counseling, special education consults and speech therapy, in addition to her second grade classroom experience. Now that school has started, Cohen-Filipic and her partner Katherine Cohen-Filipic are lucky if Arya engages in one of these meetings every five days.

“One of the primary goals of her IEP is to assist with communication and reciprocal peer relationships,” Jessye Cohen-Filipic explained. “Social functioning is key to her success and her development, but I don’t know how virtual learning can or will facilitate that at all.

“I assume that everybody involved with this is doing the best they can and wanting to make things better. For us, with our kid, it just feels like an impossible ask.”