Stray dogs and coronavirus: Just a hypothetical theory with no proof 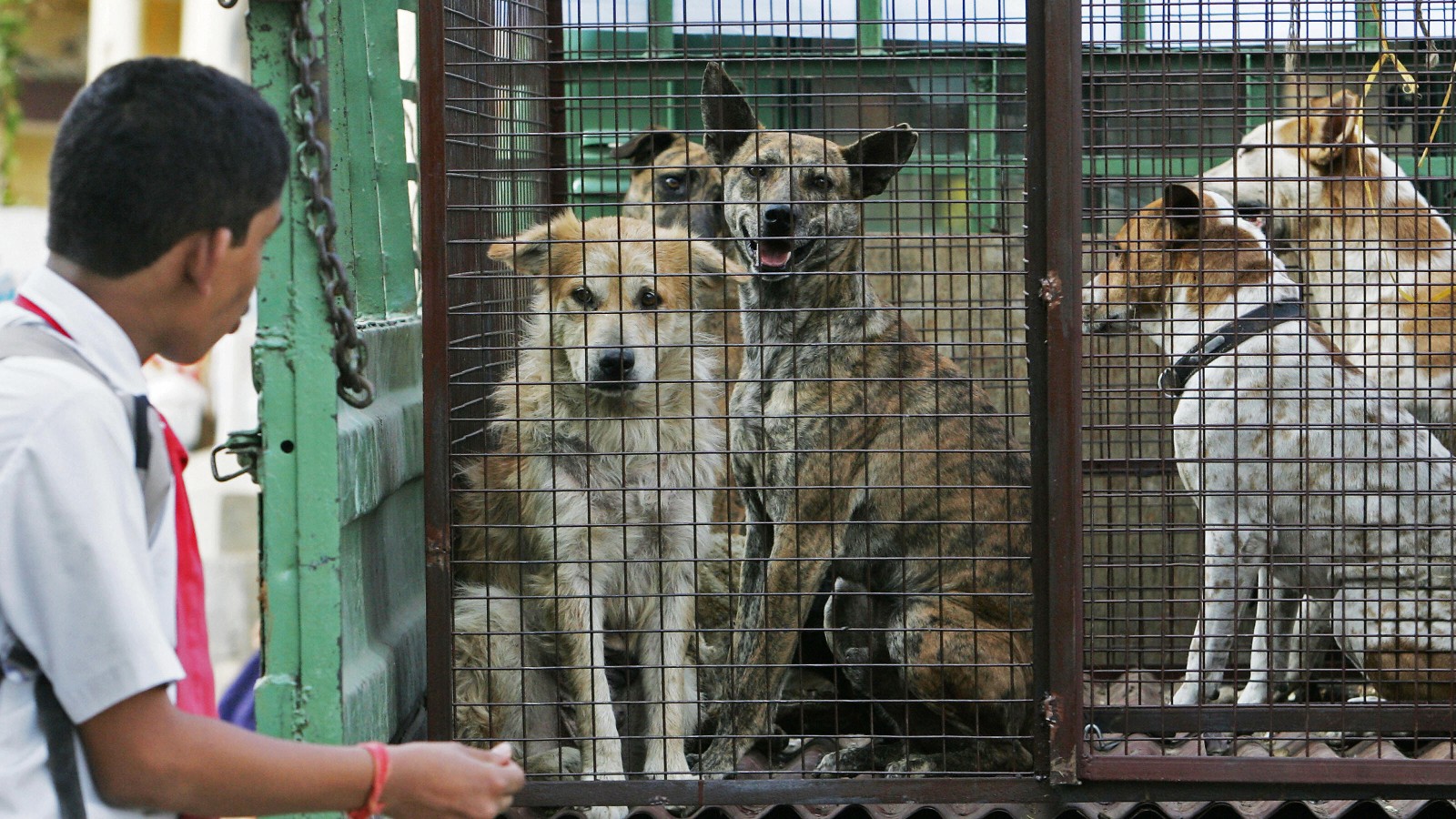 It’s a theory, a hypothesis, based on a computer analysis of the genome of various types of coronaviruses — a theory that has yet to be proven by any established facts.

“I do not believe that any dog owners should be concerned as a result of this work,” said professor James Wood, head of the department of veterinary medicine at the University of Cambridge in the UK.

“I do not see anything in this paper to support this supposition and am concerned that this paper has been published in this journal,” said Wood, who researches infection dynamics and disease control.

“There is far too much inference and far too little direct data,” Wood concluded.

“The answer to both of those questions is no.”

The search for compatible hosts

Around the world scientists are feverishly burning the midnight oil at their home computers or makeshift labs, looking for the holy grail of virology: the animal responsible for transmitting the novel coronavirus known as Covid-SARS2 to humans.

Most agree bats are the original source — bats have been the host for several deadly viruses that have jumped to man — but the transmission wasn’t direct. Bats had to have given the virus to another animal, which then gave it to people.

The first suspects were snakes purchased at a Wuhan “wet market,” a shopping area where people buy live wild animals to eat, and which is thought to be the epicenter of the first case of Covid-19, the disease caused by the virus.

Researchers have since added wild civit cats, domestic cats, ferrets and pangolins (a scaly anteater), to the list of potential suspects, and now — the intestines of stray dogs.

No one theory has the scientific world convinced, with comments flying back and forth in agreement and disagreement.

Only a computer analysis

The paper, published Tuesday in the journal Molecular Biology and Evolution, conducted a sophisticated computer analysis of a part of the coronavirus genome called CpG and a protein in animal immune systems, Zap, which help protect us from viruses.

The study explored the idea that SARS-CoV-2 has evolved to evade the protective human ZAP protein, also known as zinc finger antiviral protein, by reducing genomic CpG. Low levels of CpG would encourage the virus to replicate, the study speculated.

Of the thousands of genomes analyzed, dog intestines were the best host for replication, said study author Xuhua Xia, a biology professor at the University of Ottawa: “Canids have a tissue that favors the evolution of coronaviruses with a low-CpG genome.”

He points out, however, that not all mammals have been geneotyped, so there could be additional candidates.

“The respiratory tract and the digestive tract — they share the mouth as the common opening,” said Xia, therefore, it makes sense that a respiratory virus could be swallowed and cause digestive symptoms.

In fact, a recent study out of China found one third of the early Wuhan patients with Covid-19 had diarrhea.

However, there is no real world evidence of SARS-CoV2 transmission in dogs. On the contrary, another recent study on real dogs — not computers — found the virus replicates very poorly in canines, thus indicating that they are a likely dead end for transmission.

Xia argues that CpG and Zap levels in the digestive tract of feral dogs would be a more favorable replication site than the lungs, so therefore the previous study showing dogs were not efficient transmitters via the respiratory tract may not apply.

“The theory that SARS-CoV2 originated in dogs seems to stem from speculation about CpG and high Zap expression. This is speculative at best and certainly isn’t strong evidence for the link,” said Mick Watson, personal chair of bioinformatics and computational biology at the Roslin Institute at the University of Edinburgh.

“This study is based on re-analysis of old data without any new data,” said Ben Neuman, chair of biological sciences at Texas A&M University-Texarkana, adding that the research has similarities to an earlier paper that incorrectly claimed a snake origin of SARS-CoV-2.

“It is going to take some new data to finally solve the mystery of the origin of SARS-CoV-2,” Neuman said. “The conclusion that cats or dogs were involved as an intermediate host for SARS-CoV-2 is highly speculative, and should not be presented as fact.”

If the hypothesis was true, how would the virus jump from feral dogs to people? Xui suggests it could be transmitted to a person if they touched the dog’s feces or was licked or bit by a dog who had recently cleaned its rectal area.

Or perhaps it could occur by selling animals to eat at the “wet market” in Wuhan, as was suggested with the snake hypothesis.

“It has got nothing to do with eating the animal,” said Vanderbilt’s Schaffner.

“We don’t think food is a mode of transmission of this virus,” Schaffner said. “There are two ways it can transmit — the animal is butchered and you create aerosols during the course of butchering and breath them in.

“Or you can get your hands contaminated and then touch the mucus membranes of your own mouth and nose.”

To verify his computer hypothesis, Xiu would need to find a grant or other resources to test stray dogs in the wild.

“This suggests the importance of monitoring SARS-like coronaviruses in feral dogs in the fight against SARS-CoV-2,” Xiu said.

While that’s a reasonable hypothesis based on the study of viruses, it will take time to do, and the results may or may not support the theory, just as other hypothesis have fallen to the wayside.

“I am confident that answers about the origin of SARS-CoV-2 are still out there, somewhere in the natural world, but we have not found them yet,” Neuman said.

To put the study’s conclusions into perspective for pet owners worldwide, Schaffer points to what he calls the key line in the paper: “zoonotic transmission must be a very rare event.”

“There is near a 100% likelihood that there was just one transmission,” Schaffner said. “This is a powerful statement — one transmission from some animal source to a human that likely occurred in a wet market in China.

“It happened only once, and all the other infections in humans that have occurred have come from that one instance of transmission.”