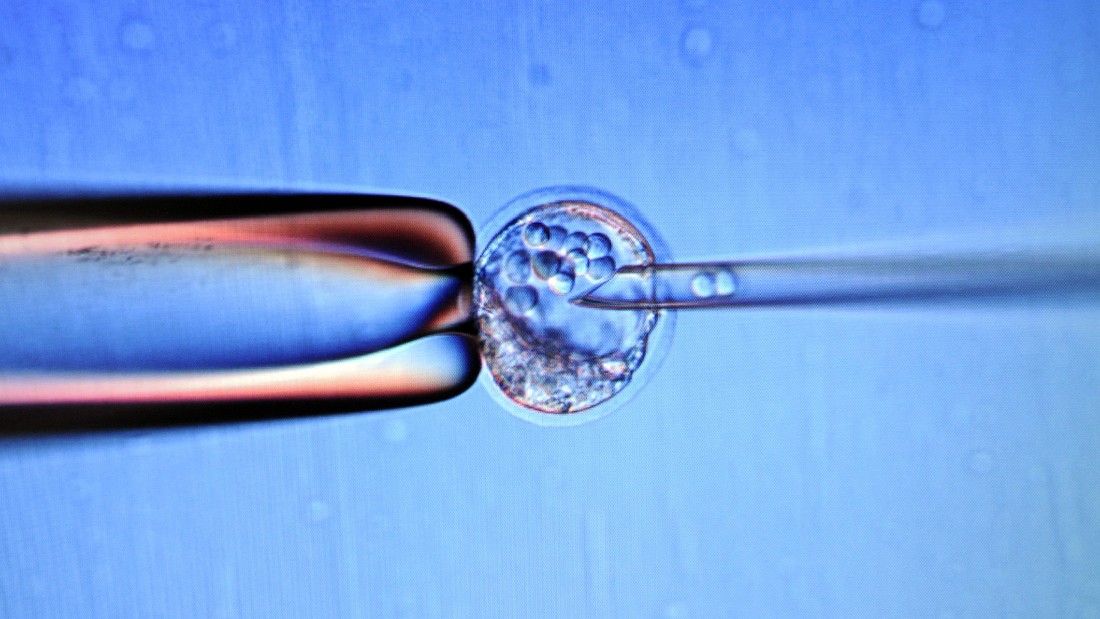 Stem cells have two characteristics that differentiate them from other types of cells:

– They are unspecialized cells that can replicate themselves through cell division over long periods of time.

– Stem cells can be manipulated, under certain conditions, to become mature cells with special functions, such as the beating cells of the heart muscle or insulin-producing cells of the pancreas.

The primary role of adult stem cells is to maintain and repair the tissue in which they are found.

Scientists believe stem cells can be used to generate cells and tissues that could be used for cell-based therapies as the need for donated organs and tissues outweighs the supply.

The goal of therapeutic cloning research is not to make babies, but to make embryonic stem cells, which can be harvested and used for cell-based therapies.

Using fertilized eggs left over at fertility clinics is also controversial because removing the stem cells destroys them.

Questions of ethics arise because embryos are destroyed as the cells are extracted, such as: When does human life begin? What is the moral status of the human embryo?

1999 – The National Bioethics Advisory Commission recommends that the government allow federal funds to be used to support research on human embryonic stem cells.

2000 – During his campaign, George W. Bush says he opposes any research that involves the destruction of embryos.

2000 – The National Institutes of Health (NIH) issues guidelines for the use of embryonic stem cells in research, specifying that scientists receiving federal funds can use only extra embryos that would otherwise be discarded. President Clinton approves federal funding for stem cell research but Congress does not fund it.

August 9, 2001 – President Bush announces he will allow federal funding for about 60 existing stem cell lines created before this date.

January 18, 2002 – A panel of experts at the National Academy of Sciences (NAS) recommends a complete ban on human reproductive cloning, but supports so-called therapeutic cloning for medical purposes.

February 27, 2002 – For the second time in two years, the House passes a ban on all cloning of human embryos.

July 11, 2002 – The President’s Council on Bioethics recommends a four-year ban on cloning for medical research to allow time for debate.

January 23, 2009 – The FDA approves a request from Geron Corp. to test embryonic stem cells on eight to 10 patients with severe spinal cord injuries. This will be the world’s first test in humans of a therapy derived from human embryonic stem cells. The tests will use stem cells cultured from embryos left over in fertility clinics.
March 9, 2009 – President Barack Obama signs an executive order overturning an order signed by President Bush in August 2001 that barred the NIH from funding research on embryonic stem cells beyond using 60 cell lines that existed at that time.
August 23, 2010 – US District Judge Royce C. Lamberth issues a preliminary injunction that prohibits the federal funding of embryonic stem cell research.

September 9, 2010 – A three-judge panel of the US Court of Appeals for the DC Circuit grants a request from the Justice Department to lift a temporary injunction that blocked federal funding of stem cell research.

September 28, 2010 – The US Court of Appeals for the District of Columbia Circuit lifts an injunction imposed by a federal judge, thereby allowing federally funded embryonic stem-cell research to continue while the Obama Administration appeals the judge’s original ruling against use of public funds in such research.

October 8, 2010 – The first human is injected with cells from human embryonic stem cells in a clinical trial sponsored by Geron Corp.

November 22, 2010 – William Caldwell, CEO of Advanced Cell Technology, tells CNN that the FDA has granted approval for his company to start a clinical trial using cells grown from human embryonic stem cells. The treatment will be for an inherited degenerative eye disease.

April 29, 2011 – The US Court of Appeals for the District of Columbia lifts an injunction, imposed last year, banning the Obama administration from funding embryonic stem-cell research.

May 11, 2011 – Stem cell therapy in sports medicine is spotlighted after New York Yankee pitcher Bartolo Colon is revealed to have had fat and bone marrow stem cells injected into his injured elbow and shoulder while in the Dominican Republic.

February 13, 2012 – Early research published by scientists at Cedars-Sinai Medical Center and Johns Hopkins University show that a patient’s own stem cells can be used to regenerate heart tissue and help undo damage caused by a heart attack. It is the first instance of therapeutic regeneration.
May 2013 – Scientists make the first embryonic stem cell from human skin cells by reprogramming human skin cells back to their embryonic state, according to a study published in the journal, Cell.
April 2014 – For the first time scientists are able to use cloning technologies to generate stem cells that are genetically matched to adult patients,according to a study published in the journal, Cell Stem Cell.
October 2014 – Researchers say that human embryonic stem cells have restored the sight of several nearly blind patients — and that their latest study shows the cells are safe to use long-term. According to a report published in The Lancet, the researchers transplanted stem cells into 18 patients with severe vision loss as a result of two types of macular degeneration.
May 2, 2018 – The science journal Nature reports that scientists have created a structure like a blastocyst — an early embryo — using mouse stem cells instead of the usual sperm and egg.
June 4, 2018 – The University of California reports that the first in utero stem cell transplant trial has led to the live birth of an infant that had been diagnosed in utero with alpha thalassemia, a blood disorder that is usually fatal for fetuses.