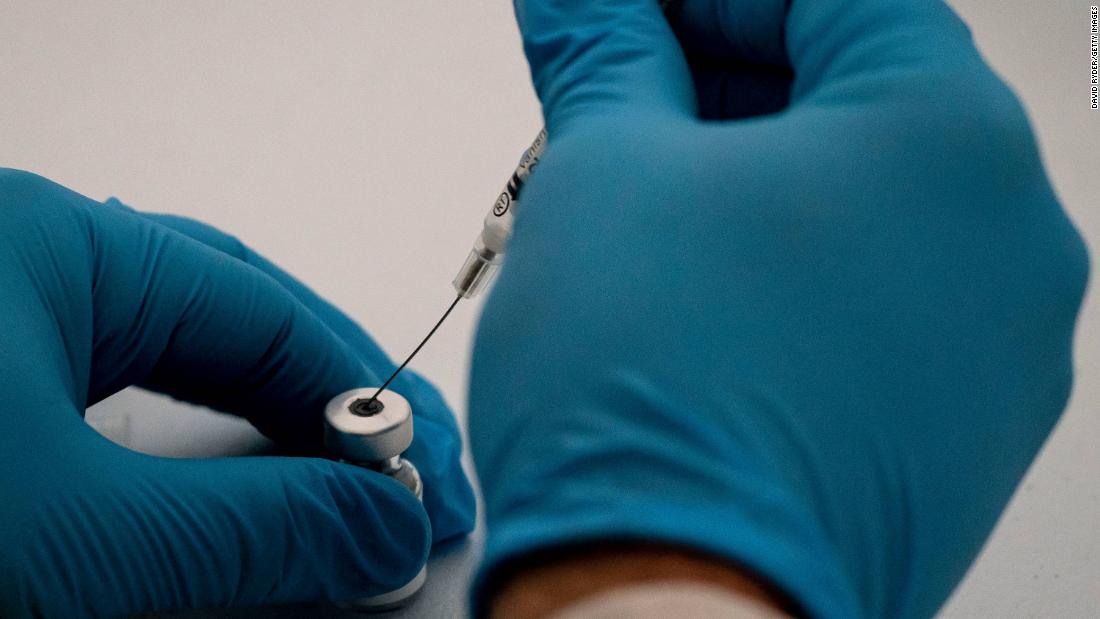 Residents and staff of long-term care facilities were among the very first prioritized by CDC’s Advisory Committee on Immunization Practices to receive Covid-19 vaccines. According to the CDC, less than 1% of America’s population lives in nursing homes and assisted living facilities. Yet, this population represents about 39% of all Covid-19 deaths.

The US vaccine rollout got off to a slow start, but the federal long-term care partnership has been the target of particular criticism for it’s slow pace.

“The states are frustrated,” said Claire Hannan, executive director for the Association of Immunization Managers.

Hannan pointed to slower than expected uptake among long-term care staff members and an over estimation of the number of doses it needed. Retail pharmacists were unfamiliar with working with this population — for example, requiring consents from people who may be unable to consent for themselves.

“This shouldn’t be the ‘Hunger Games’ like it was with PPE, right. That was ridiculous and we all had to play that game,” said Utah Governor Spencer Cox in a press briefing last month.

“That Walgreens and CVS partnership with the federal government, that’s where all the backlog is in every state right now,” added Cox.

‘The last thing we would do was … hold it’

Both CVS and Walgreens acknowledge there was an overestimation of how many doses may be needed.

To determine what was set aside for the long-term pharmacy program, they took the number of beds in each participating facility and multiplied by two in order to account for staffing, too. According to the CDC, the federal partnership covers more than 70,000 long-term care facilities nationwide.

In an email to CNN, the CDC said that in the initial weeks of the rollout the agency “required that jurisdictions allocate ample vaccine supply to support efforts to schedule vaccination clinics at (long term care facilities) nationwide and avoid any interruptions or delays in those onsite vaccination efforts. “

On Tuesday, Walgreen’s Chief Medical Officer Dr. Kevin Ban told CNN’s Chris Cuomo, “We found ourselves in a situation where we had more vaccine than we needed — the last thing we would do was ever hold it — and so immediately what we did was get in touch with the states to make sure that we were compliant with their wishes.

“Walgreens does not determine who gets vaccinated, we’re the last mile of this, we’re the ones who actually distribute and administer it, but only based on state eligibility,” added Ban.

In a statement to CNN, CVS said, “In most cases these ‘excess doses’ aren’t in our possession, but rather earmarked from state allocations. We want shots in arms as urgently as the states do, so in some cases we’re proactively asking that they ‘reclaim’ allocation we won’t need, or defer making more allocations as appropriate. “

But the federal program reported directly to the CDC, and states say they were often in the dark about progress at long-term care facilities, said Lori Freeman, CEO of the National Association of County and City Health Officials.

“Our health departments didn’t have a significant amount of awareness of anything that was going on the parallel tracks to hospitals or pharmacies, and that’s really not the way we want to run a public health emergency response,” said Freeman.

In a call with governors last week, Biden administration officials told states that they should be reallocating vaccines that had been earmarked for the federal program that hadn’t been used within a week of delivery.

And on Monday, Andy Slavitt, a senior adviser to the the White House Covid-19 response team, said the administration continues to ensure that doses are allocated to people who will use them.

“We have been working with states and with those distributors to make sure that those excess doses quickly get to the places that there needed when they exist,” he said.

Doses begin to head back to the states

Last week, Utah reallocated 28,275 doses back into the hands of the state to be redistributed.

Already, the states of Arkansas and New Jersey are taking back 30,000 doses each. New Jersey has also stopped the delivery of 44,000 doses that had been allocated to the federal program. The state of New York is reallocating 50,000 doses.

In a letter posted to Twitter on Friday, South Carolina Gov. Henry McMaster announced that the state was reallocating 37,800 doses to vaccine providers in the state.

“These surplus vaccines should be made available to members of the general public right away rather than at the completion of the LTC program,” McMaster wrote.

The CDC told CNN at least 24 such transfers have been approved, but states and jurisdictions can work directly with the pharmacies to redistribute vaccine as needed. Some states have already received their doses to distribute among other groups eligible for vaccine.

One state, West Virginia, opted out of the federal partnership entirely. Instead, it utilized the established relationships it already had with local pharmacies to distribute the vaccine.

It has consistently been one of the leading states in terms of the share of distributed doses that have been administered. According to the CDC, West Virginia has administered 82% of the doses it has received, putting the state second after North Dakota. Nationally, the rate is about 61%.

West Virginia Gov. Jim Justice said states “need to get the bureaucratic thinking out of the system.”

Justice has suggested a “common sense” approach to vaccine distribution, focused on vaccinating older people first and making the vaccine available at places people are familiar with, including local pharmacies and local health clinics.

“You have to take this to the people,” he said.

This week, the Biden administration announced it will be put 1 million doses toward the first phase of the retail pharmacy program — a similar partnership between the federal government and retail pharmacies, but this time geared towards vaccinating the general public.

NACCHO’s Freeman says she hopes that the there will be clearer communication between the federal government and local health officials this time around.

“We could run the risk here again with the federal pharmacy program about to be rolled out … if we don’t ensure that we have some transparency and awareness,” she said.