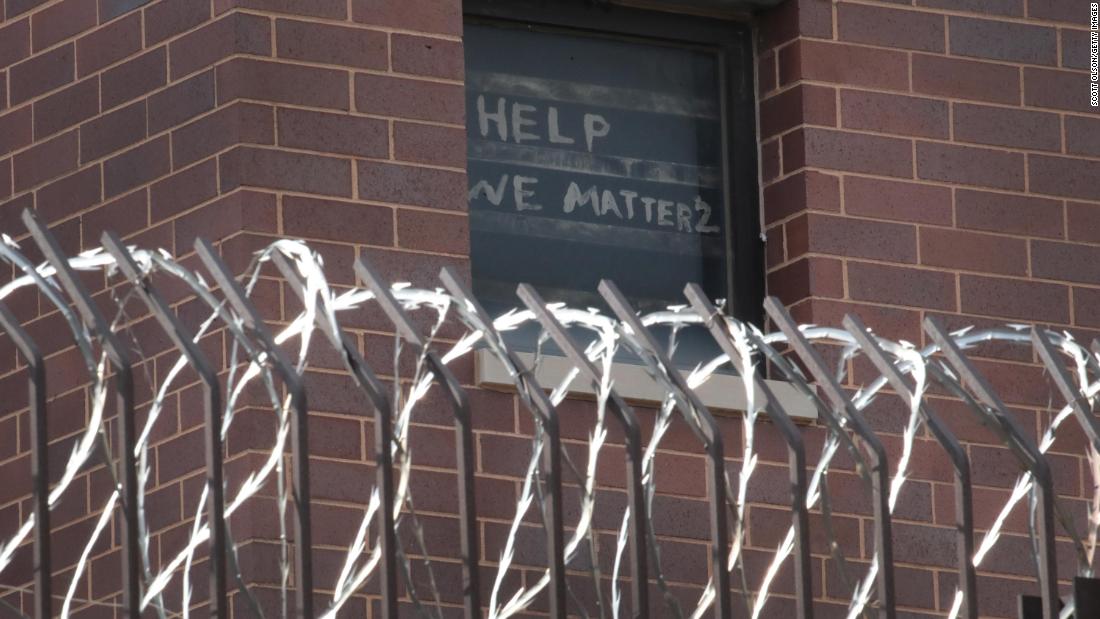 The organizations published a report Thursday on conditions for the incarcerated.

As of June 22, more than 570 incarcerated people in the US and more than 50 corrections officers have died due to Covid-19, the report said. Jails and prisons have become hotspots for new cases.
Early in the pandemic, experts warned states that the prison system could become “petri dishes” for Covid-19. Good hand hygiene is difficult when sanitation in these jails and prisons is typically poor. Medical resources are scarce. Social distancing is not possible.

There was an extra level of concern that when prisoners got out they would spread Covid-19 infections to vulnerable communities. This is an especially large threat to poor communities and, due to racial disparities in arrests and sentencing, to communities of color, the report said.

Despite the warnings, the systems failed the incarcerated, the report concluded. The highest score any state got for managing these Covid-19 cases Was a D-. Only nine states got that grade: Oregon, Colorado, Minnesota, Michigan, Kentucky, Tennessee, West Virginia, Maine and Vermont.

The majority got a failing grade.

“It is clear that no state has done enough and that all states failed to implement a cohesive, system-wide response,” the report said.

Some states did reduce the state’s jail populations, but no state had “close to adequate” prison population reductions, even in states where governors issued orders to reduce those numbers quickly, the report said.

The states earned these poor marks for a failure to test people, and for failing to provide personal protective equipment for staff and the incarcerated.

States were also slow to release prisoners to reduce the jail or state prison populations — even medically vulnerable prisoners, in some cases. In Arkansas, there was a 42% median jail population reduction, but in Texas it was only 2%, and in some states there was an increase in prisoners, the report found. Many states also failed to publish regularly updated data about cases in the prison system.