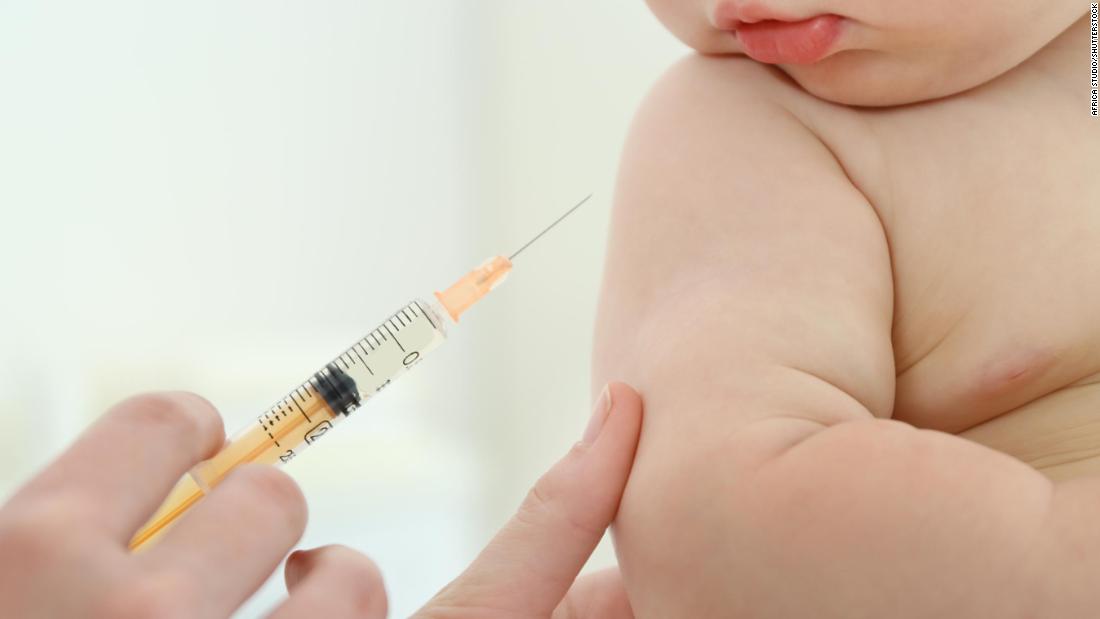 More than half of pediatricians’ offices in the United States included in a new study published in the medical journal JAMA reported having a dismissal policy for families who refuse to vaccinate their children. Some physicians say this house policy is a way to encourage parents to vaccinate their children, while many also use it as a safeguard against unvaccinated kids who might endanger their other patients.

“This study among US pediatricians showed that the practice of dismissing families who refuse vaccines for their children was common, with half of pediatricians reporting their office has a dismissal policy, although fewer personally dismiss patients,” said the study by researchers at the University of Colorado Anschutz Medical Campus that released Tuesday.

Researchers conducted a survey from April to July 2019 among US pediatricians to assess their current practices, experiences and office policies regarding the dismissal of families who refuse or ask to “spread out” vaccinations.

More than half — 51% — of the 303 pediatricians involved in the research reported that their office had a policy to dismiss families if a vaccine was refused. However, only 37% reported doing this themselves.

That number was higher than a similar study done in 2012, which found only 21% of pediatricians reported they often or always dismissed families for refusing vaccines.

Families were dismissed more often by physicians for refusing vaccines (37%) than spreading out vaccines (6%), with a similar pattern being spelled out in office policies.

Of the 154 physicians who reported that they ever dismissed families for refusing vaccines, 18% said that families always or often changed their minds and agreed to vaccination after hearing about the policy.

“Because vaccine refusal is common, the high prevalence of dismissal for families who refuse has important implications,” the researchers said.

“Future work should explore the effect this practice has on vaccination rates, whether it results in parents changing their mind about vaccination, and whether it decreases access to medical care or erodes trust in clinicians.”

A report released in May by the US Centers for Disease Control and Prevention found a “troubling drop in routine childhood vaccinations as a result of families staying at home.”
Both the CDC and the American Academy of Pediatrics are urging parents to keep their children’s vaccinations up to date during the pandemic. Just after the report, the AAP released new guidelines for pediatricians to ease parental fears about bringing their child into the office.

“We know parents are worried,” said Dr. Sally Goza, president of the AAP, in a statement released in May.

“We want to reassure all our families that pediatricians have innovated ways to make visits even safer, including setting different hours or locations for well and sick children, rigorous cleaning practices, and conducting portions of visits by telehealth.”

Pediatricians should work with families to identify and bring children up to date on vaccine as quickly as possible, she added.

Here are the recommended vaccines by age, according to the CDC:

Birth: Within the first 12 hours of life all babies should get their first dose of hepatitis B vaccine.
1 to 2 months: During this time, baby needs to get a second dose of Hepatitis B (HepB) vaccine as well as the first dose of vaccine for the following:
4 months: A second dose is due for the following vaccines:
6 months: Babies 6 months and older need flu shots if it’s influenza season — roughly September through March. Flu is deadly: Complications from the flu killed 830 children in the United States between 2004 and 2012 — many of those kids were otherwise healthy. Third doses of vaccines needed at this time also include:
12 to 23 months: A couple of former vaccines need a fourth dose, but baby also needs new vaccines designed to protect against a host of serious illnesses:

4 to 6 years: It’s time for another dose of several vaccines started earlier, along with the yearly flu shot:

7 to 10 years: Besides the yearly flu shot, children in this age range need to get their first dose to protect against human papillomavirus, which can cause cervical cancer, cancer of the vulva, vagina, penis or anus as well as head and neck cancer. Some 79 million Americans, most in their late teens and early 20s, are infected with HPV, according to the CDC.

The vaccine can be given as early as age 9 to both girls and boys.

Preteens (11 to 12 years): Don’t forget the flu shot each year. Additional vaccines needed at this age include:
Teen (13 to 18 years): At 16 years old, teenagers need to have their second dose of the meningococcal conjugate (MenACWY) vaccine, along with a yearly flu shot. If your child’s college has reported any outbreaks of a different type of meningococcal diease, called serogroup B meningococcal disease, talk to your pediatrician about a vaccine for that subtype.

CNN’s Elizabeth Cohen and Dana Vigue contributed to this report.