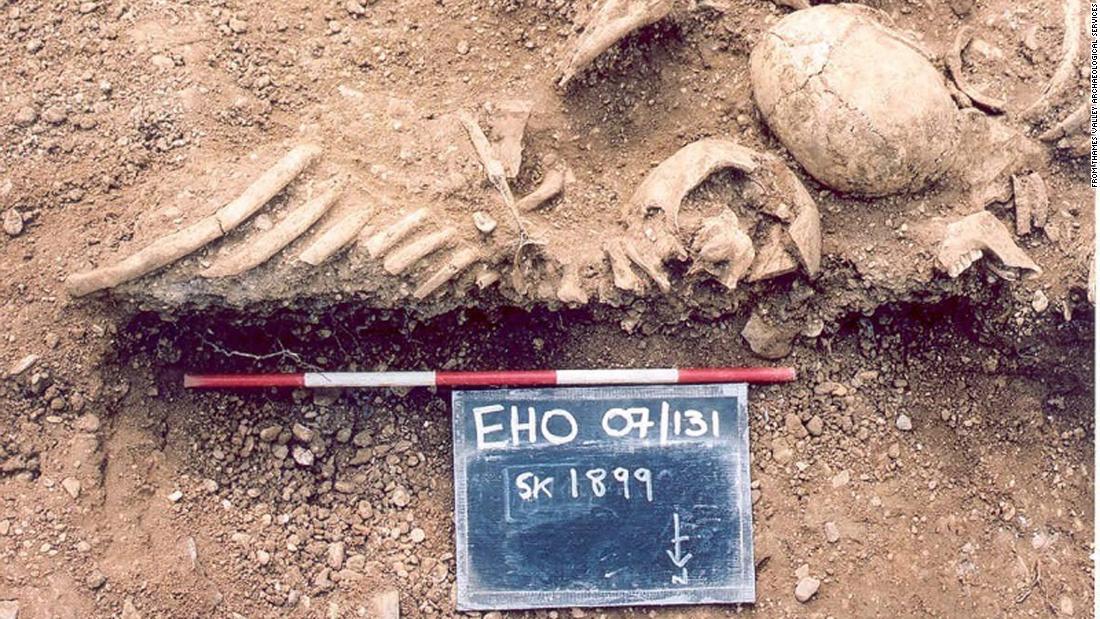 A study of DNA sampled from Viking Age skeletons found the presence of smallpox in 11 individuals living in Northern Europe — what is now Denmark, Sweden, Norway, Russia, and the UK — between 600 and 1050 AD.

“The 1400-year-old genetic information extracted from these skeletons is hugely significant because it teaches us about the evolutionary history of the variola virus that caused smallpox,” professor Eske Willerslev of the University of Cambridge, and director of the University of Copenhagen’s GeoGenetics Center, said in a release.

As Covid-19 continues to rage around the world, learning about ancient epidemics gives us some perspective. Much like us, the Vikings also engaged in long distance travel and commerce.

“We already knew Vikings were moving around Europe and beyond, and we now know they had smallpox,” Willerslev said.

“People travelling around the world quickly spread Covid-19 and it is likely Vikings spread smallpox. Just back then, they travelled by ship rather than by plane,” he added.

Smallpox killed an estimated 300 million people in the 20th century alone. The disease, caused by the variola virus, covers the body with painful sores. It was declared eradicated in 1980 after a worldwide vaccination campaign launched in 1967 by the World Health Organization.
In this study, scientists were able to reconstruct four viral genomes from the samples, and found significant differences in the structure of these viruses compared to modern strains. The now-extinct viruses form a group, or clade, of their own.

“What is really exciting about this is that we can use these reconstructed genomes to trace the steps that these viruses, and other pathogens, took to become the disease that they became,” Martin Sikora, study co-author and professor at the Centre for GeoGenetics at the University of Copenhagen, told CNN.

While historical accounts suggest that smallpox was around over 3,500 years ago, there is plenty of uncertainty that DNA sequencing might help clarify.

“Before the rise of sequencing there is a long historical record of disease outbreaks, some of which sound like smallpox,” Terry Jones, a co-author of the study and a computational biologist at the University of Cambridge and the Institute of Virology at Charité in Berlin, told CNN.

“The further back in time you go, the less certain things are,” he added.

In particular, Jones noted, diseases like chickenpox and measles are difficult to distinguish from smallpox, and before 900 AD there was little understanding of these differences, he argued.

Thanks to the study, “we’re now back to about 600 AD in terms of concrete knowledge of the existence of the virus.”

The new evidence lays to rest previous theories that smallpox might have been introduced into Europe through Spain during the Moorish invasion, by returning Crusaders or by way of England by the Normans.

The study shows that smallpox was already present in Europe during the Viking Age — and that it was “really widespread,” Sikora said.

The 11 Viking Age individuals who tested positive for smallpox were part of a larger sample of 500, a 2% positivity rate.

Based on that rate, Sikora explained, “one can assume that smallpox was already endemic across Europe at least by that time if not earlier.”

“That’s the kind of direct evidence that really only ancient DNA can give you,” he added.

Scientists were able to reconstruct four nearly complete genomes for ancient smallpox strains, all of them different. The strains are also significantly different from more modern smallpox genomes.

These ancient strains belong in a clade of their own in terms of their genetic structure.

“It is a clade that is ancestral, but it’s not the direct ancestor of variola,” Barbara Mühlemann told CNN. She is the first author of the study and participated in the research during her PhD at the University of Cambridge. Mühlemann is now based at the Institute of Virology at Charité in Berlin.

As viruses evolve to better perform in their hosts, whether animals or humans, some of the viral genes go through a process of inactivation — they get switched off, so to speak. Some inactive genes in Viking Age viruses are still active in modern variola, Mühlemann explained.

“They can’t be the direct ancestors in a straight line. They are more of a side branch,” Mühlemann added.

Viking Age viruses are extinct, but that doesn’t make them less compelling. Their patterns of gene inactivations, unlike those of any previously known smallpox viruses, offer a crucial takeaway.

“Now we know there are other combinations of genes that would result in a virus that would work in humans, that would be transmissible, and may have other properties,” Jones told CNN.

This insight could not have been gleaned from any of the smallpox genomes known to scientists, because that diversity was never observed before.

“Knowledge from the past can protect us in the present. When an animal or plant goes extinct, it isn’t coming back. But mutations can re-occur or revert and viruses can mutate or spill over from the animal reservoir so there will always be another zoonosis (disease caused by viruses that jumped from animal hosts into human hosts),” Jones said in a release.

The newly discovered ancient strains were most likely circulating at the same time as the smallpox strains we became familiar with in modern history, according to Jones, citing near certainty that all the strains discovered so far descended from a common ancestor predating all of them.

“Seeing as we know the other viruses were still around in the 20th century, they must have been around in the Viking Age in some form, presumably with more genes intact,” Jones told CNN.

“But we can’t know in which host they existed. Most people would just assume they were in humans, but it might not be the case,” Jones added.

Did the 11 Viking Age individuals actually die of smallpox? That question remains open.

Sikora said he believes the individuals would have had to have some sort of active infection when they died for the scientists to be able to actually find the viral DNA in their remains — their teeth in particular.

“Virus genes are very very small, so there’s not much DNA unless there’s a lot of copies of that DNA present in the individual,” Sikora explained.

“I don’t think we would be able to pull it out of a mixture of DNA extracted from a tooth that has been buried 1000 years ago,” he added.

For one of the individuals, who was found in what is believed to be a massacre site in Oxford, England, with a stab wound in the back, scientists don’t believe smallpox would have been the cause of death.

From smallpox history to coronavirus

The study’s results left researchers hopeful for the future, and motivated to learn more about viral genomes.

“The last 40 to 50 years have been exceptionally quiet for us, because we’ve had such tremendous progress in medical research, the combination of vaccines and antibiotics,” Sikora said.

“The eradication of smallpox gives us hope for the current situation,” Mühlemann told CNN, emphasizing how through vaccinations we were able to eradicate this deadly disease.

“I think it shows what we are capable of,” she said.