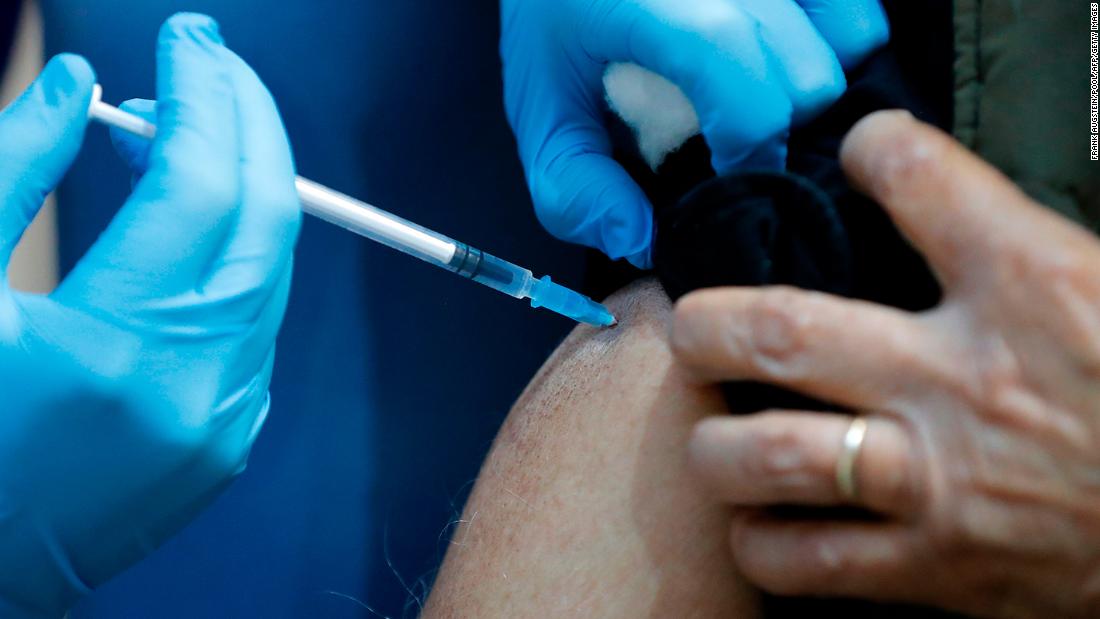 In the United States, the vaccine is authorized as two doses taken 21 days apart. To protect against Covid-19, the first dose primes the immune system and the second boosts it.

The researchers found that in those who had a previous natural infection, vaccination increased their antibody levels more than 140-fold. “This increase appears to be at least one order of magnitude greater than reported after a conventional prime-boost vaccine strategy in previously uninfected individuals,” the researchers wrote in their paper.

The other paper, from researchers at Imperial College London and other institutions in the United Kingdom, included data on 72 health care workers who were vaccinated in late December. Twenty-one of them had evidence of previous coronavirus infection.

The workers provided blood samples at the time of receiving their first dose and then 21 to 25 days after vaccination. The researchers found that people with previous coronavirus infection appeared to generate stronger immune responses to one dose of vaccine compared with those who had not been previously infected.

Dr. Paul Offit, director of the Vaccine Education Center at the Children’s Hospital of Philadelphia, told CNN on Friday that the findings in the two new papers are not surprising.

“What these data show is exactly what you’d expect — that people who’ve been naturally infected, who already had developed an immune response to this virus, when they’re then given that quote unquote first dose have a booster response,” Offit said. “In other words, they’re acting as if they’re getting the second dose.”

But for now, Offit emphasized that people who have previously recovered from Covid-19 are recommended to still get both doses of vaccine when it is their turn.

“You could reasonably ask, ‘Well, given that there’s a shortage of vaccine, why not make this recommendation that anyone who’s been previously infected can reasonably get one dose, period?’ I think the reason that that didn’t happen was largely programmatic,” Offit said.

“If you tried to overlay on the current strategy of getting people vaccinated — that there was a screening test beforehand to see who had been previously exposed and who hadn’t — that would make it much more difficult to roll this vaccine out. So, people just thought, look, give everybody the vaccine,” Offit said. “There’s no downside. Worst case to worst, you’ll get just booster responses when you’re vaccinated if you’ve already been naturally infected.”

It’s possible a single dose of coronavirus vaccine might be enough to protect people who have recovered from a bout of Covid-19, Dr. Francis Collins, director of the US National Institutes of Health, said on Thursday.

“It does look as if in those individuals, a single dose, basically it’s a booster for them because they already had the infection. They already have some antibodies that may be sufficient and they may not need the second dose,” Collins told CNN Chief Medical Correspondent Dr. Sanjay Gupta.

Collins said that the NIH is “trying to collect as much data as possible about that right now.”

But, he said that a single dose strategy for everyone could result in unforeseen consequences.

“Are those people who are in between first and second actually sitting ducks for getting infected?” Collins asked. “Is that actually a way that we might encourage more mutations to happen because they’re only partly protected? The virus has a chance to live a little longer in their system and pick up some changes.”

Collins said that until the data show otherwise, the authorized two doses three to four weeks apart is the regimen that should be followed.