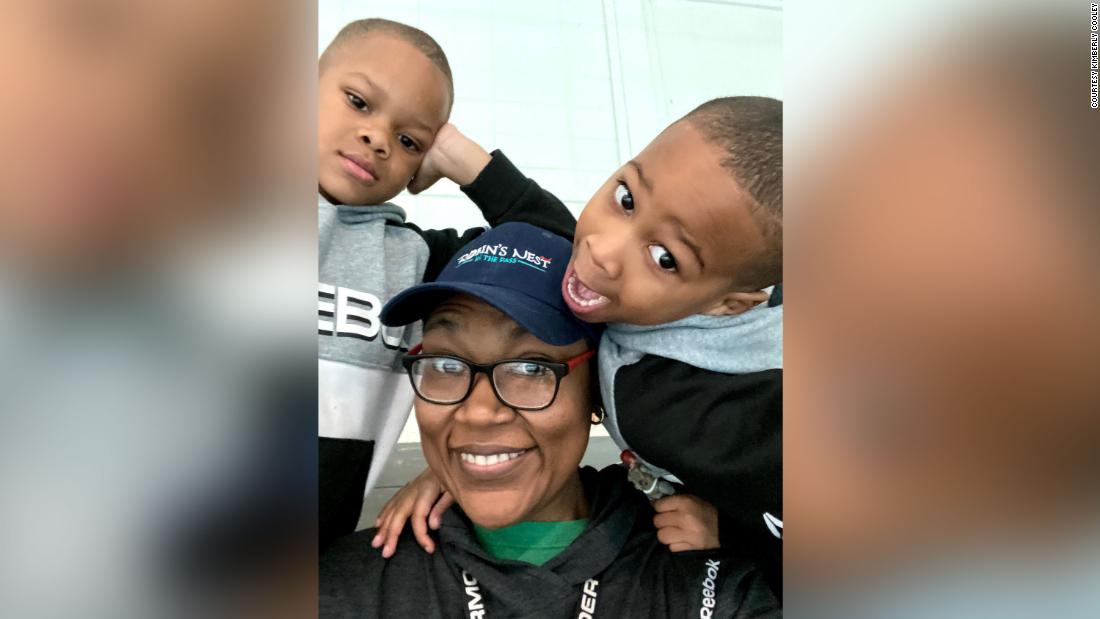 Cooley received two doses of Pfizer’s Covid-19 vaccine in February, but blood tests show the shots didn’t give her antibodies against the virus.

That’s because, like millions of Americans, Cooley takes medications to suppress her immune system. A study by Johns Hopkins researchers that published Monday found that vaccinated immunocompromised people like her are 485 times more likely to end up in the hospital or die from Covid-19 compared to the general population that is vaccinated.

She’s taken to Twitter to implore people to roll up their sleeves.

“Mississippi is HOT right now and I’m not referring to the heat,” she tweeted in May. “70% of the state is NOT vaccinated. SEVENTY! Just #TakeTheShot”
Not much has changed in two months – currently, 66% of Mississippi’s population is not fully vaccinated.

Based on an estimate by the US Centers for Disease Control and Prevention, about 9 million Americans are immunocompromised, either because of diseases they have or medications they take.

It has been known for months that Covid-19 vaccines might not work well for this group. The hope was that vaccination rates overall would be so high so that the “herd” would protect them.

But it didn’t work out that way, because about a third of eligible people in the US have not received even one dose of a Covid-19 vaccine.

Monday’s study in the journal Transplantation looked at infection, hospitalization and death rates for 18,215 fully vaccinated organ transplant patients in the US, Croatia and France. Transplant patients take medications to suppress their immune system so they won’t reject their new organs.

Among the 18,215 transplant patients in the study, 151 had breakthrough infections, 87 were hospitalized with Covid-19 and 14 died from the virus.

“This is a stark reminder that there are many vulnerable people around us who have been unable to achieve the same levels of protection that the rest of us have been able to achieve, and as a result are at much higher risk of getting sick or dying from this terrible virus,” said Dr. Dorry Segev, a transplant surgeon at Johns Hopkins Medicine and lead author of the study.

Those numbers terrify Fred Kolkhorst and his wife, Nancy Marlin, both 68.

Kolkhorst, a retired professor at San Diego State University, and Marlin, the university’s former provost, have both received transplants — a new heart for him and a new kidney for her.

Blood tests showed that neither developed antibodies after two doses of the Moderna vaccine. Kolkhorst received a third dose of the vaccine, and his antibodies increased, but it’s unclear if they went up enough to protect him. His wife recently received a third shot, but her doctors tell her it’s unlikely it will work because of the specific immune suppression drug that she takes.

The couple live in a county where 71% of the population age 12 and up are fully vaccinated, but they know that might not be enough to fully protect them if their vaccines don’t work.

Now the couple has been forced to skip gatherings with family and friends and keep mostly to themselves.

“We don’t go out very much,” Kolkhorst said. “We’re still living a quarantined life, and it’s been a year and a half.”

Kolkhorst has heard unvaccinated people argue that it’s their right not to get the shot.

“It’s difficult for me to understand how people talk about personal freedoms, but they’ve impinged on our ability to go out and mingle and be with other people,” he said. “I try not to get mad at them, but it’s so disappointing and frustrating to those of us who can’t get out and be a part of life without being fearful.”

Once, he tried to convince an unvaccinated friend to take the shot. He failed.

Cooley has also had those conversations with family members and friends.

They remember when she nearly lost her life to liver failure because of a case of autoimmune hepatitis, and what she went through to get a liver transplant in 2018.

And they know how much she wants to hug her nephews. She did hug them back in February, two weeks after her second shot, but that was before three blood tests — she’s a part of a study at the University of Mississippi Medical Center — showed the vaccines did not give her antibodies.

Even though these friends and relatives know her story, they still refuse to be vaccinated.

“In my conversations with them, I say, ‘Remember what my life was like before the transplant and during the transplant? Remember how you told me to let you know if there was anything you could do for me?’ Well, this is what I need you to do,” Cooley said.

“Knowing everything I went through and what I’m going through now, still they could not do this one thing for me,” she said.

“Observation: People are willing to get the vaccine to save their jobs but not for the sake of their parents or ‘loved’ ones. Let that sink in,” she tweeted in March.

Now she can only dream of the day her nephews can come to her house for a sleepover, something they did regularly before Covid. She imagines how they’ll have pizza together and watch the new “Jumanji” and Marvel movies.

For now, she has given up asking friends to get vaccinated, and she stopped imploring people on Twitter, too.

CNN’s Sarah Braner and Justin Lape contributed to this story.