Self-isolation, quarantine and California’s stay-at-home order: What the terms mean and how they differ 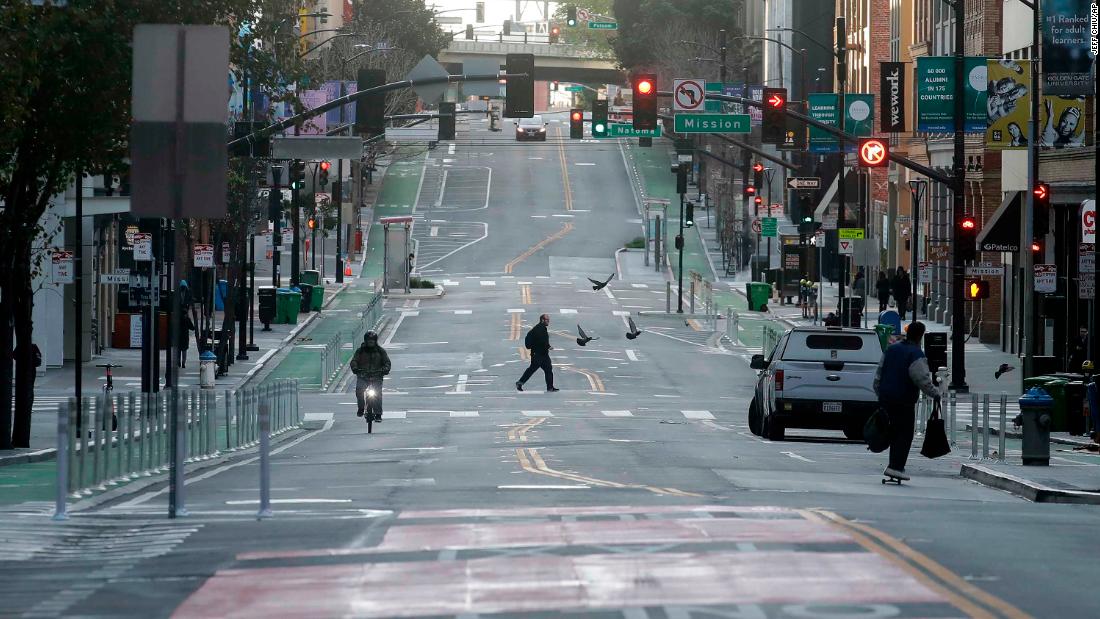 They’re not the same thing, though they all have the goal of keeping others from getting infected. But what do they mean, exactly?

Here are some brief explanations.

This is for people who may have been exposed to the virus. They are asked to stay at home, or as in the case with people who were repatriated from China to the United States, to stay in a provided facility.

They’re required to be in quarantine for 14 days. After that, people who still don’t test positive for the virus no longer have to be in a contained environment.

Some people may choose or be asked to self-quarantine, meaning they do it voluntarily because they think they may have been exposed or they are being cautious.

Governments — federal, state and local — can order quarantines, and in fact, those repatriated from China were under a federal quarantine order.
That’s only done in extremely rare situations, though. The last time it was ordered on a large scale was during the Spanish Flu pandemic of 1918-1919, according to the Centers for Disease Control and Prevention.

This is for people who actually have the virus or suspect they may be infected.

Those with the virus who need to be hospitalized will be kept in an isolation unit.

People who have been infected with the virus may be asked to self-isolate at home if they have no symptoms or are only mildly ill.

It’s important to call your health provider, in any case, if you develop symptoms.

Those in isolation should keep away from other people as much as possible. The CDC recommends that you use a separate bathroom, if available, wear a face mask when around others, and don’t share household items.

Until recently, the term “shelter in place” meant for most people an active shooter situation — stay where you until the coast is clear.

Now, millions of Americans have been ordered to shelter in place, and other areas may follow.

These people are being asked to stay at home as much as possible, meaning they shouldn’t be out unless getting food, gas or other essentials, or for medical reasons.

Health professionals, police, firefighters and other essential service providers are still expected to go to work. And of course, grocery store clerks and gas station attendants are working, too.

Going outside for a walk or exercise is allowed, and even encouraged, but people are asked to keep their distance from others.

Answers to some of your top coronavirus questions, every day

It’s all about social distancing, and by now, we probably all know that means keeping six feet apart from other people when out and about.

More than a dozen states have issued stay-at-home orders.

California was the first to implement a statewide order of this kind in response to the coronavirus.

Residents can still go out for essential needs as long as they are practicing social distancing and “common sense,” the governor said.

Services including gas stations, pharmacies, grocery stores, farmer markets, and restaurants (providing only takeout and delivery options) as well as banks and laundromats will remain open, the governor’s office said.