Searching for love in the time of coronavirus 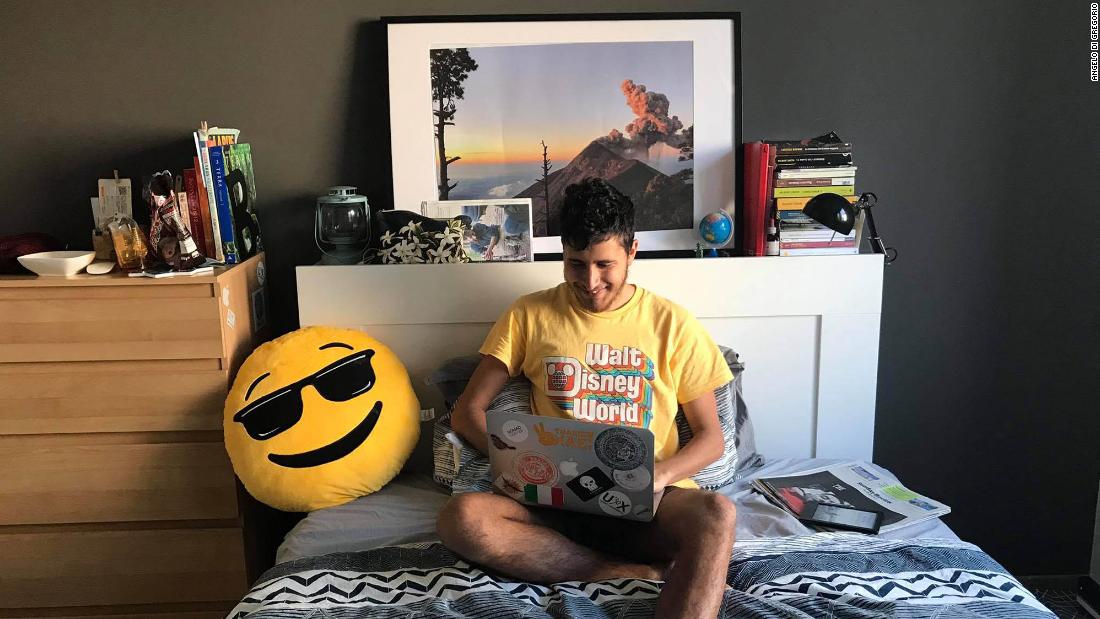 With coronavirus cases trending in the city, he’d invited her out that Saturday for what they both knew these days might be a risky rendezvous.

Jenny, who asked that CNN leave out her last name for privacy reasons, said the coffee shop in the Seattle’s Anchorhead neighborhood was much less crowded than usual.

She and her date shared interests in sci-fi and books, and their coffee date went well. They made plans to see each other again.

But then Washington state Gov. Jay Inslee issued rules effectively shutting down bars and restaurants in the city.

Jenny told CNN she has a high threshold for going over to a date’s house and they’re not at that stage yet. So for now, they’re texting and making plans to play Nintendo online together.

Two thousand miles away in Chicago, a corporate attorney had just met a man on Hinge, another dating app. For professional reasons, she asked that her name not be used in this story.

The conversation was flowing, ranging from their favorite podcasts to which presidential candidates’ campaigns they’d volunteered for. They were ready to meet face-to-face.

But they didn’t get that far.

Illinois Gov. J.B. Pritzker issued a similar ban closing all the places where they’d might be able to meet and kick off a fledgling courtship.

With 30 degree (Fahrenheit) temperatures in the Windy City, taking a walk or having picnic weren’t the most pleasant options either.

For now, they’ve settled on getting to know each other better over the phone calls.

Now that grabbing a drink with a potential lover feels almost like a seismic risk, millions of singles reckon with a dilemma as they seek love in the time of coronavirus.

Do you risk trying to meet someone or do you put love and intimacy on hold for weeks or even months?

As of March 12, New York City Mayor Bill de Blasio wasn’t ready to rule out the quest for love. He got a dating question at a press conference, and said, “It is dangerous to stop living life.”

He advised to do basic due diligence before meeting someone new.

He urged prospective lovers to err toward over-communicating about any potential symptoms, asking questions such as, “‘Hi, are you sick today?’

“So the other thing is, you know, with a date, you know, you might keep a little more distance than you might have before,” de Blasio added.

For those who may be starting to catch feelings but don’t want to catch coronavirus, Dating.com is offering a few tips on how to spend some quality time with your special someone. The dating sevice’s tips include watching a movie simultaneously over video chat together, or cooking the same meal together over video chat.

Netflix offers a “watch together” feature, enabling viewers in two different locations to watch the same film or show together.

And the dating app Bumble published a blog post by epidemiologist Dr. Seema Yasmin urging those on the app to avoid shaking hands if users opt to meet in person and to stay several feet away from each other.

“If you’re confined to your home for days, you certainly have more time on your hands to plan a date with someone you met on a dating app,” Yasmin wrote. “But should you cancel? If you’re sick, absolutely.”

Hinge told CNN that it prioritizes its users’ safety and wants them “to feel prepared during this pandemic. We strongly encourage users to use their best judgment and be as safe as possible during this time, including following the latest guidelines from the World Health Organization.”

Dr. William Schaffner, an infectious disease expert at Vanderbilt University School of Medicine, had similar advice on how to keep dating, but stay illness-free. He recommends asking, “How are you feeling? Have you had any symptoms? Do you have any fever? Are you comfortable going out?

“I think that’s a reasonable thing to do,” he said.

Even with bans on group gatherings,Schaffner said that dating is still an option because it only involves two people. The trick is to enjoy each other’s company while slipping away from any crowds you see.

“Maybe going for a walk in the park and getting a cup of coffee afterward or a soda,” Schaffner said. “So dating styles may have to change, but I wouldn’t think two people getting together would be inappropriate. And you can have a conversation about that.”

Italy offers a preview for US relationships

The coronavirus pandemic has reached crisis levels in Italy, and offers a preview of how the American situation could develop in the coming weeks. The dating world is no different.

Antonio had been seeing her boyfriend for six months, ate dinner with him every day and spent every weekend with him. But her love for her mother trumped all of it.

For awhile, they tried to keep up in-person visits at a distance.

“We used to just meet in the courtyard, but had to sit on separate benches,” Antonia said.

They couldn’t touch. Sometimes her boyfriend just sang to her from across the courtyard.

“I would see him every day. But I told him from now on we have to keep distance because my mom is chronically ill,” Antonia said.

Then the rules got stricter, and everyone had to stay home. “I’m not seeing him at all at the moment,” Antonia said.

The mother and daughter watch films and drink prosecco and tend flowers on their balcony to help pass the time. And Antonia still video chats with her boyfriend, who lives in the same village.

A long-distance relationship an hour away

Another Italian, 24-year-old Angelo di Gregorio, told CNN he met a man he liked in December and the relationship seems promising.

Di Gregorio lives in Valeggio, about 20 miles outside of Verona. His love interest lives about an hour away by car, so the pandemic’s travel restrictions have put their budding romance in purgatory.

Di Gregorio said that with his job leading travel expeditions, love can be fleeting, so finding someone is precious.

“It’s the first time that I feel like going forward, since I’m always traveling for work,” he said.

But the country’s travel ban has made seeing each other impossible.

“We FaceTime each other to talk. It seems like a long-distance relationship, even though it’s not.”

He says the two have placed their hopes on April 3rd, the date when the country’s travel restrictions are expected to be lifted.

“If this thing is being postponed, then we don’t know what we do,” he said.

Coronavirus has placed dating, like nearly every aspect of life, in a state of suspended animation.

“I don’t know how people can start dating right now, to be honest,” di Gregorio said. “They should just postpone it. It’s just too much.”