Seabird poop is worth millions, say scientists trying to save the birds 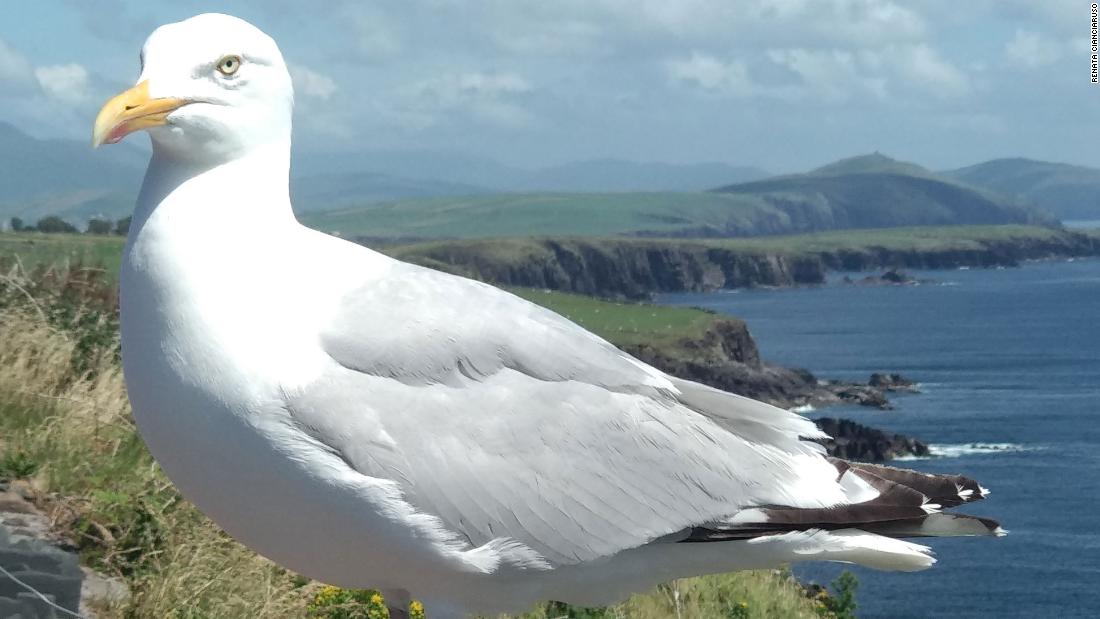 But some valuable products are less evident — and much more off-putting.

New research has revealed that the waste produced by seabirds — that’s right, the poop of seagulls, pelicans, and penguins — could be worth nearly half a billion dollars annually.

That’s because seabird feces, also known as guano, can be used as commercial fertilizer and is vital for contributing nutrients to marine ecosystems.

In an effort to raise awareness about the importance of seabirds and conserving their habitats, scientists set out to quantify the contributions of seabirds and illustrate the actual cost of declining seabird populations by valuing their waste.
It’s not petty cash: Its value is estimated at more than $473 million each year and possibly much more, according to a new paper published today in the journal Trends in Ecology & Evolution.

“Guano production is an ecosystem service made by seabirds at no cost to us — I can go to an island, collect the guano, and sell it at market price as fertilizer,” study coauthor Marcus V. Cianciaruso, an ecology professor at the Federal University of Goiás in Brazil, said in a press release.

“Because there is this scientific and biological importance, it’s possible to quantify seabird ecosystem services in a language that the general public and policymakers can begin to understand.”

Although only a few seabird species produce guano that is currently commercialized in Peru, Chile and other countries, the waste of other birds contributes vital nutrients to marine ecosystems and is also important for coastal economies.

Seabirds bodily functions are nature’s way of pumping nutrients back and forth “between marine and terrestrial habitats,” wrote Cianciaruso and his coauthor, Daniel Plazas-Jiménez, a doctoral student at the Federal University of Goiás, in the paper.

“They release high concentrations of nitrogen (N) and phosphorus (P) through their faeces, causing important environmental changes in these ecosystems,” according to the study.

In coral reef ecosystems, the nutrients deposited from guano can increase reef fish biomass — a measurement of the number of fish in a reef and their size — by up to 48%, according to the study. That’s important for fisheries and tourism in places like the Caribbean, Southeast Asia and the Great Barrier Reef in Australia.

Researchers estimated the annual value of the nitrogen and phosphorus deposited into these ecosystems from seabird poop by calculating the cost to replace them with artificial nutrients. As it turns out, failing to protect seabirds could get expensive.

“We made a very conservative estimate that 10% of coral reef fish stocks depend on seabird nutrients,” said Plazas-Jiménez. “According to the United Nations and the Australian government, the annual economic returns of commercial fisheries on coral reefs is over $6 billion. So, 10% of this value is around $600 million per year.”

When you combine that with the commodified guano figure of nearly $474 million, the value of seabird poop increases to an estimated $1 billion.

“However, because seabird species are heavily threatened, this function [nutrient deposition] is threatened too,” Plazas-Jiménez told CNN in an email. “To face these threats, it is necessary that the general public, the economic sectors, and policymakers get involved in seabird conservation.”

Seabirds also have impacts that reach far beyond their immediate habitats. Some species, such as penguins in Antarctica, have significant influence on nitrogen and phosphorus levels at both local and global scales.That’s another reason to protect habitats that may seem removed from human life.

“The example of coral reefs is just for a little group of seabirds,” said Plazas-Jiménez.

“A huge amount of nutrient deposition happens in Antarctic ecosystems: penguins contribute half of the nitrogen and phosphorous deposited by seabirds every year,” Plazas-Jiménez added. “However, 60% of this contribution is made by penguin species with declining populations, and these contributions will decrease in the future if no conservation activity is taken.”

Seabirds face threats from climate change, overfishing, invasive species and “bycatch,” meaning they are often killed accidentally as a byproduct of commercial fishing.

“We found that the main threats to seabirds — climate change and bycatch and overfishing — have a higher effect on nutrient deposition than in the number of seabird species. Climate change threatens 80% of the amount of nitrogen and phosphorus deposited by seabirds but only 44% of seabird species,” Plazas-Jiménez told CNN. “Potentially, the effect of these threats on the contributions that seabird nutrient deposition made to our well-being is greater than previously thought.”

Almost half of seabird species are declining in population, and a third of seabird species face the threat of extinction, according to BirdLife International, a global partnership of conservation organizations dedicated to protecting birds and global biodiversity.
“The depletion of fish through overfishing and climate change has caused rapid declines in widespread and much loved seabirds such as Atlantic Puffin Fratercula arctica and Black-legged Kittiwake Rissa tridactyla — both are now considered vulnerable to extinction,” said BirdLife International in a 2018 report.

“Seabirds are one of the world’s most threatened groups of vertebrates,” according to BirdLife.

The Federal University of Goiás researchers also noted that seabirds offer much more than bodily functions.

Tourism and birdwatching are increasingly important industries in many parts of the world, and the value of seabirds’ contributions to marine ecosystems would increase even more if all their other functions in our ecosystems were quantified.

“In some areas, fishermen follow seabirds to find places to fish,” said Plazas-Jiménez. “To that fisherman, seabirds are everything.”