Scientists are one step closer to delaying aging 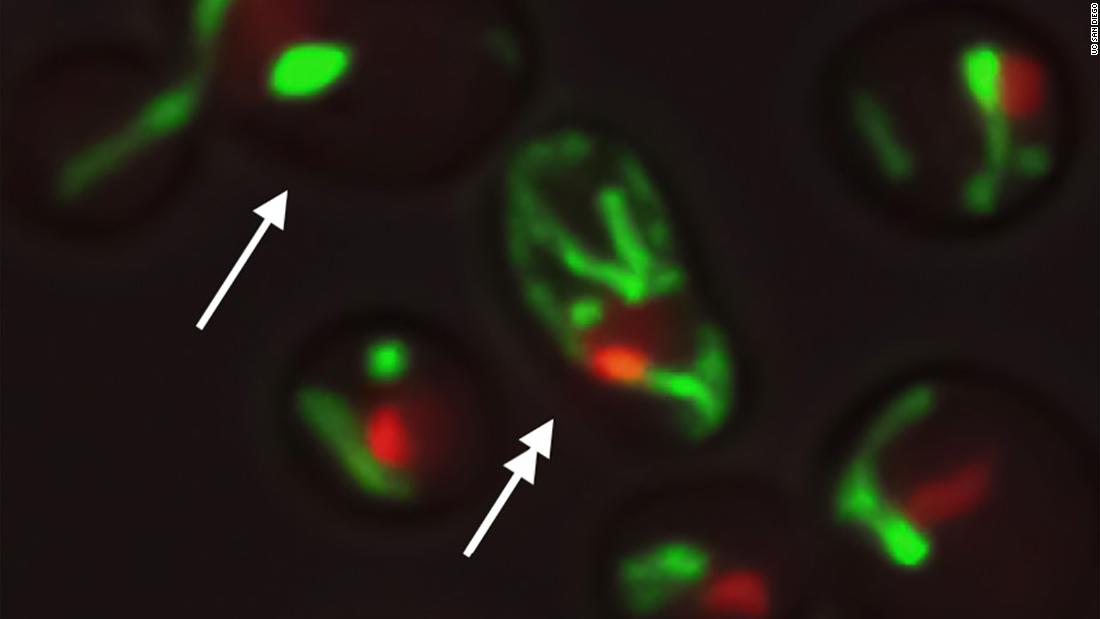 A team of scientists studied aging in yeast — chosen because its cells are easily manipulated — to try and understand if different cells age at the same rate, and for the same reason.

What they found was intriguing. Even cells made of the same genetic materials and within the same environment aged in “strikingly distinct ways,” according to the scientists, who published their findings in the journal Science.

About half of the yeast cells aged because of a gradual decline in the nucleolus, a round body located in the nucleus of a cell, the scientists learned, by using techniques including microfluidics and computer modeling.

However, the other half aged because of a dysfunction of mitochondria, which produce a cell’s energy.

Scientists said that the cells go down one of two paths — nuclear or mitochondrial — early in life, and they continue with the aging route until they ultimately decline and die.

Researchers performed further tests to understand how the cells behaved.

“To understand how cells make these decisions, we identified the molecular processes underlying each aging route and the connections among them, revealing a molecular circuit that controls cell aging, analogous to electric circuits that control home appliances,” said Nan Hao, senior author of the study and an associate professor in UCSD’s division of biological sciences’ molecular biology section.

After modeling the “aging landscape,” the team of researchers found they could manipulate — and optimize — the process of aging, using computer simulations to reprogram the master circuit and modify its DNA.

They were then able to create a “novel aging route,” with a dramatically extended lifespan. This, researchers believe, could ultimately lead to the possibility of delaying human aging.

“This is an aging path that never existed, but because we understand how it is regulated, we can basically design or regulate a new aging path,” Hao told CNN.

“Our study raises the possibility of rationally designing gene or chemical-based therapies to reprogram how human cells age, with a goal of effectively delaying human aging and extending human healthspan,” Hao said in a statement.

Scientists said that they plan to test their model in complex cells, organisms, and eventually, humans, as well as testing how combinations of therapeutics and drugs could lead to further longevity.

“Aging is a fundamental biological question. We know very little about the aging process,” Hao told CNN. When it comes to medical relevance, he said, “aging is related to many diseases so if we can help slow aging or promote longevity, it will be beneficial for society.”