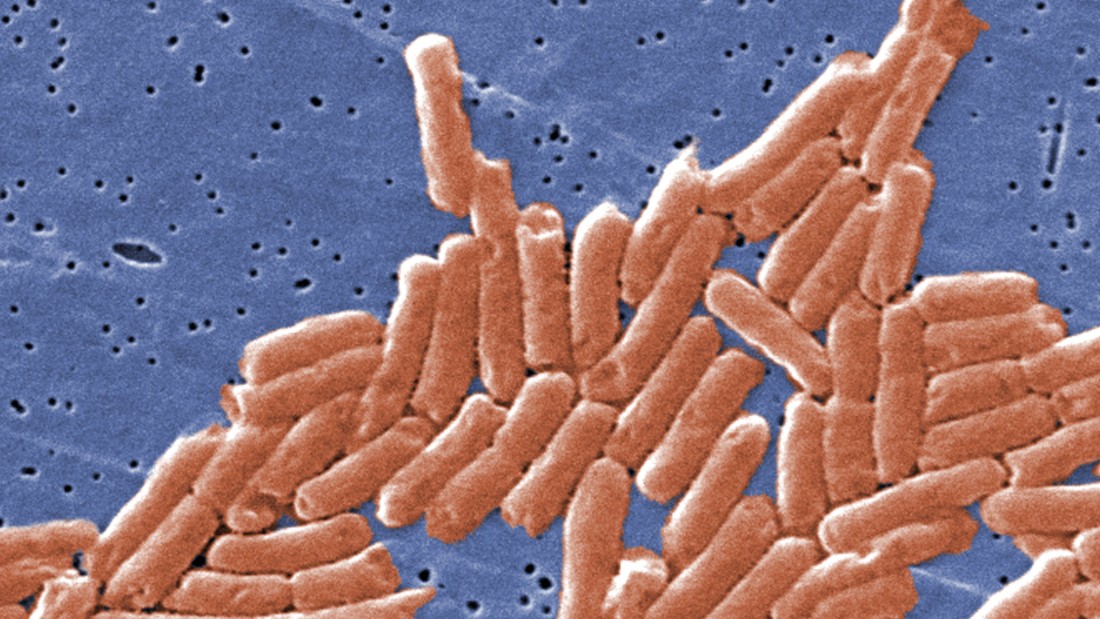 Salmonellosis, the infection caused by the bacteria Salmonella, is one of the most frequently reported foodborne illnesses in the United States.

Prono: sal•mo•nel•la. The first “L” is pronounced, unlike the silent “L” in salmon, the fish.

Approximately 450 people die each year due to Salmonella.

Salmonella lives in the intestinal tracts of animals, including birds, and people.

Foods contaminated with Salmonella are often of animal origin, such as beef, poultry, milk or eggs, but any food may become contaminated.

It rarely affects the taste, smell or appearance of food.

The Salmonella family includes more than 2,300 serotypes of bacteria. Salmonella Typhimurium and Salmonella Enteritidis are the most common in the United States and account for half of all human infections.

S. typhimurium is most commonly found in food of an animal origin.

S. enteritidis is mainly associated with poultry and eggs.

Salmonella infections can be life-threatening especially for young children, pregnant women and their fetuses, the elderly, and people with weakened immune systems. The Salmonella infection can spread from the intestines to the blood stream and cause death if not treated early.

A small number of persons infected with Salmonella develop reactive arthritis, which causes painful urination, joint pain and eye irritation. This condition can last for months or years and can lead to chronic arthritis.

People infected with Salmonella should not prepare food for others.

Proper storage and handling of food helps prevent the growth of Salmonella and thorough cooking destroys the bacteria. Raw or undercooked meat or eggs and raw or unpasteurized dairy products should not be consumed. Produce should be washed thoroughly.

Wash hands with soap after changing diapers or using the restroom.

Wash hands after handling pets. Reptiles are especially likely to carry Salmonella, since it can contaminate their skin. Salmonella is also often found in the intestines of chicks and young birds.

Timeline of recent selected cases in the United States

Multistate outbreak of Salmonella Hadar associated with backyard fowl, including pet poultry like chicks and ducklings.

A total of 137 persons in ten states were infected, with 38 hospitalizations.

Mexican soft cheese and ground beef 2018
Multistate outbreak of Salmonella Newport from ground beef from a slaughter and processing plant in Texas and soft cheese from Mexico.
A total of 255 infections, including 60 hospitalizations and two deaths, were reported in 32 states.
Live Poultry 2016
Eight multistate outbreaks linked to human contact with live poultry in backyard flocks and hatcheries.

A total of 895 people in 48 states were infected, with 209 hospitalizations and three deaths. Of those sickened, 28% were children five years of age or younger.

A total of 907 persons in 40 states were infected, with 204 hospitalizations and six deaths.

A total of 634 persons in 29 states and Puerto Rico were infected.

A total of 356 persons in 39 states were infected, with 62 hospitalizations.

Peanut butter 2012
Multistate outbreak of Salmonella Bredeney infections associated with peanut butter manufactured by Sunland, Inc. The FDA temporarily shuttered the plant where the peanut butter was manufactured but later entered a consent decree that allowed the facility to reopen after actions were taken to bolster food safety. As part of the agreement, Sunland must allow the FDA to inspect the facility to ensure compliance with the consent decree.

A total of 42 persons in 20 states were infected, with ten hospitalizations.

A total of 425 individuals were infected in 28 states, with 55 hospitalizations.

A total of 43 individuals were infected in five states.

A total of 136 individuals were infected in 34 states, with 37 hospitalizations and one death.

Eggs 2010
Multistate outbreak of Salmonella Enteritidis infections linked to eggs from Wright County Eggs and Hillandale Farms.
A high number of Salmonella Enteritidis cases prompted the CDC to investigate. The government traced the illnesses back to two egg companies in Iowa and estimated that about 1,939 illnesses were associated with the outbreak. Two executives from Quality Eggs, a company linked to Wright County Eggs and Hillandale Farms, pleaded guilty to introducing adulterated food into interstate commerce. They were sentenced to three months in prison. Quality Egg also agreed to pay a $6.79 million fine for the outbreak.
Peanut butter 2008
Multistate outbreak of Salmonella Typhimurium infections associated with King Nut peanut butter manufactured by the Peanut Corporation of America (PCA). Two PCA executives were convicted of conspiracy to defraud customers by shipping salmonella-positive peanut products. Stewart Parnell was sentenced to 28 years in prison while his brother, Michael Parnell received a 20-year sentence.

A total of 714 individuals were infected in 46 states with nine deaths.

Peanut butter 2006
Multistate outbreak of Salmonella Tennessee associated with Peter Pan and Great Value peanut butter manufactured at a ConAgra plant. ConAgra was charged with one criminal count of introducing adulterated food into interstate commerce. The company reached a plea agreement to pay an $8 million fine and forfeit $3.2 million in assets.

A total of 628 individuals were infected in 47 states.