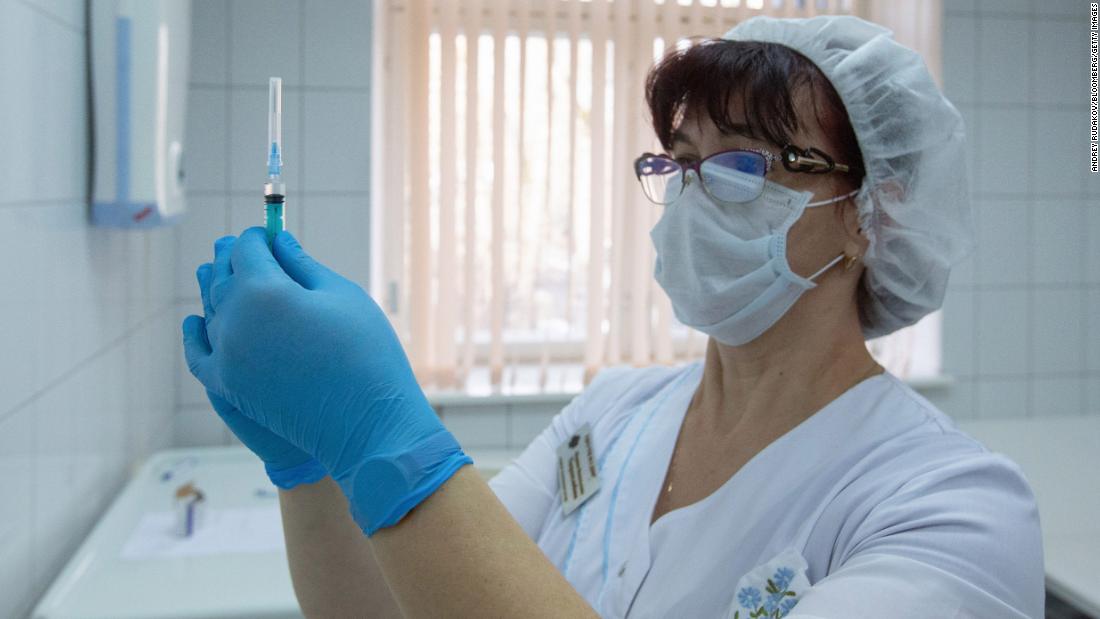 The preliminary findings were published in The Lancet on Tuesday and are based on data gathered from 19,866 participants, of which around three-quarters (14,964) received two doses of the vaccine and a quarter (4,902) were given a placebo.

Sixteen cases of symptomatic Covid-19 were confirmed in the vaccine group 21 days after participants received the first vaccine dose. Sixty two cases were found in the placebo group — equating to an efficacy of 91.6%.

The trial included 2,144 people over the age of 60 and a sub-analysis conducted on this group revealed the vaccine was well tolerated and had a similar efficacy of 91.8%.

Serious adverse events were also rare and none was considered to be associated with vaccination. The majority of side-effects that were reported were mild, such as pain at the injection site, flu like symptoms and low energy levels, according to the study.

The analysis includes only symptomatic cases of Covid-19, however, and the authors note more research is needed to understand the vaccine’s efficacy against asymptomatic Covid-19, transmission and how long protection may last.

The majority of participants in the trial were also white so further research is needed to confirm the results across other ethic groups. The trial is also ongoing and is aiming to include a total of 40,000 participants.

Dr. Inna V Dolzhikova, co-lead author of the study, said the analysis suggested the vaccine had “high efficacy, immunogenicity, and a good tolerability profile in participants aged 18 years or older.”

Dolzhikova works at Russia’s Gamaleya National Research Centre for Epidemiology and Microbiology, which developed the vaccine.

The people in the trial were given PCR Covid-19 tests when they received the second shot. They took a further test if they reported symptoms of respiratory infection.

The Sputnik V vaccine is a two-dose adenoviral vector vaccine using two different adenoviruses for each dose, with doses administered 21 days apart. With this type of vaccine, an adenovirus is altered so that it can deliver a piece of genetic material from the virus that causes Covid-19 into the body and get cells to express the spike induce found on the virus and induce an immune response. It’s an approach similar to the vaccines developed by AstraZeneca and Johnson & Johnson.

The authors say that using a different adenovirus vector for the booster vaccination may help create a more powerful immune response.

One advantage of adenoviral vaccines is that they do not need to be stored and transported in extremely cold temperatures, scientists say. Sputnik V only needs to be refrigerated and costs $10 per dose, according to Russian Direct Investment Fund, which funded vaccine production and is responsible for selling it globally.

“This is a useful addition to the published data on Covid-19 vaccine effectiveness,” Dr. Julian Tang, clinical virologist at the University of Leicester.

But he highlighted that “median follow up was 48 days from the first dose, so the study cannot assess the full duration of protection.”

The vaccine’s production has been funded by the Russian Direct Investment Fund (RDIF), which is also responsible for selling it globally.

Russia drew criticism from scientific circles last year when it approved Sputnik V for public use in August — before the crucial Phase 3 trials had been completed.

“Despite the earlier misgivings about the way this Russian Sputnik V vaccine was rolled out more widely — ahead of sufficient Phase 3 trial data — this approach has been justified to some extent now,” Tang said.

“The vaccine trial results are coming thick and fast as high infection rates in areas where Phase 3 clinical trials provide increasing amounts of data that together encourages us to believe that vaccines will soon be able to drive down the human cost of Covid-19,” added Alexander Edwards, associate professor in Biomedical Technology at the Reading School of Pharmacy, University of Reading.

“Manufacturing may remain a bottleneck for months to come, so the more vaccines available, the better for global health,” he said.