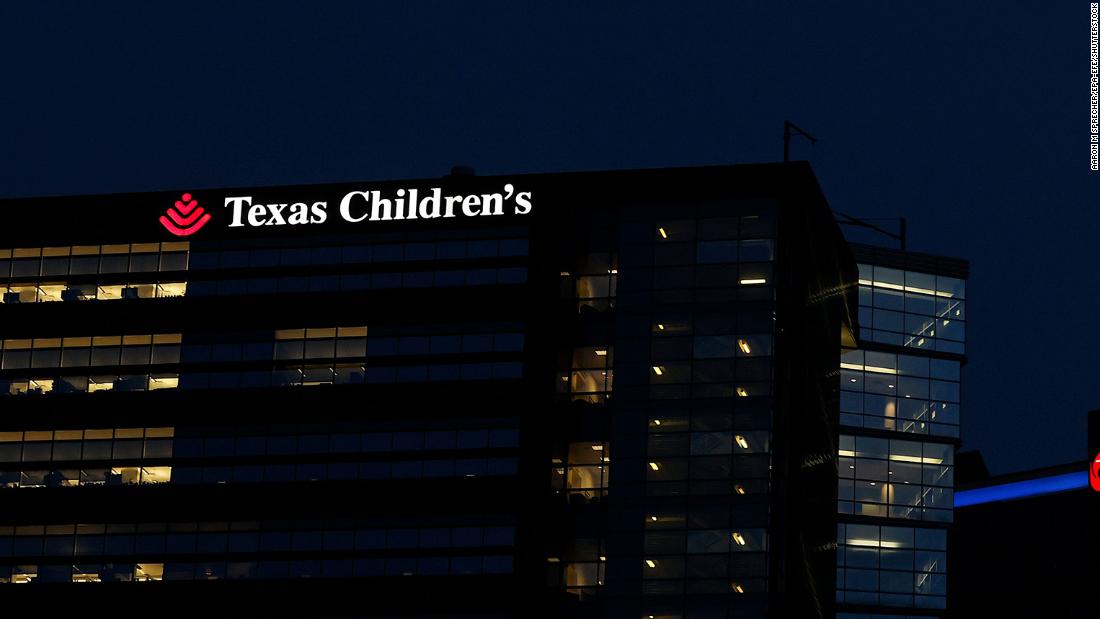 On top of it, many are infected with a second virus at the same time — usually respiratory syncytial virus, or RSV.

A fresh surge of Covid-19 is colliding with an unseasonable epidemic of RSV, and it’s landing kids in hospitals across the country.

“The past few days, the past week, we’ve been seeing high numbers of children coming in,” said Dr. Sarah Combs, a pediatric emergency medicine physician at Children’s National Hospital in Washington, DC.

“You name it — anything from the common cold to pneumonia to having respiratory distress, meaning we need to get some support breathing, and they’re just coming in in higher and higher numbers,” Combs told CNN. “In the summer, typically RSV is a non-issue. It’s just not there.”

It’s the same in Texas.

“This Delta surge has been coupled with the re-emergence of other respiratory viruses,” said Dr. Jim Versalovic, interim pediatrician in chief at Texas Children’s Hospital in Houston.

‘Christmas in July’ — without the joy

“It’s not seasonal. I have been calling it Christmas in July, because we usually see it around Christmas,” he added.

“It’s not exactly a gift. We are just seeing it at a time we typically don’t.”

The three hospitals, among others, are also seeing high numbers of other respiratory viruses such as parainfluenza 3, rhinoviruses and enteroviruses that cause hand, foot and mouth disease and other conditions.

“The interesting thing with rhinovirus is that normally it would cause just the common cold,” Combs said.

“It’s normally a very mild virus. It’s the most common cause of the common cold, so it is unusual that we’re seeing children get sicker than we’d expect. And really what we see is that children are just getting that much sicker, you know, they may be requiring things like BiPap to breathe.” Bilevel positive airway pressure devices are a non-invasive type of ventilator that help ensure the lungs keep filling up with oxygenated air.

In 2020, Versalovic told CNN, “it was really mainly about Covid.”

Now, hospitals are not only seeing more kids with Covid-19, and sicker than they were with Covid-19, but they’re sicker with viruses that normally do not land most children in the hospital.

“We are working with other children’s hospitals and the Centers for Disease Control and Prevention and the Children’s Hospital Association to share data to explore this further,” Versalovic said.

“The cases are there. The cases are rising. The children are getting sick. And so we need to be prepared to take care of them,” Combs said.

The pediatricians see some clear reasons for what’s causing the surges, and equally clear ways forward for preventing them.

Back to school for kids, and germs, too

“I think it’s clear over the summer months we had children mingling playing out and about,” Versalovic said. “Many children are now congregating in preschool and obviously grade school environments — high schools too. So we also know they’re involved in extracurricular activities and getting together socially and playing,” he added.

“And we want children to develop and to be in class in person, but we have to continue to emphasize the importance of masking. Because masking doesn’t just protect one from Covid but could also prevent these co-infections.”

There’s another factor. Kids have not been exposed to seasonal viruses for more than a year.

“I think one thing is that we essentially sheltered a lot of these children during Covid,” Combs said.

“So there’s a theory that their immune systems didn’t have the normal low-lying, routine level of exposure to the normal routine viruses like rhinovirus, so they weren’t able to mount those kind of micro-responses to viruses and keep themselves ticking over,” she added.

“Essentially it was like a bubble child, right? You’ve had them contained. You’ve had them quarantined … and then all of a sudden we released these children. They’re often in summer camps and we’re even looking at going back to school. So all of a sudden these relatively naive immune systems that have kind of been resting on their laurels for the past 18 months are forced to confront the normal load of viruses and it’s just that much harder to fight them.”

On top of that, said Schaffzin, people got tired of wearing masks, of washing hands, of keeping apart. The heat of summer drove many people back indoors.

“We can’t say for sure whether the unmasking and people wanting to spend time with each other is causing more of an increase, but we’re certainly seeing a lot more infections and for RSV, not at the typical time of year,” he said.

The benefits of all that masking and social distancing earlier in the pandemic was made clear by the lack of a flu season in 2020-2021, Schaffzin said.

“Last year, there was one. And that’s why masking, again, seems to be the answer.”

“And I think that really proves, the real-world data shows us, that masking is an inexpensive and effective intervention,” he added.

People don’t like masks, but the pediatricians agreed that parents and governors making a fuss over mask mandates are wrongheaded.

“I’m not going to lie — you’re outside and there’s 100% humidity, a high heat index, it doesn’t feel great,” Combs said.

But it’s not dangerous to anyone to wear a mask.

“When people are uncomfortable from the mask it’s because they feel overheated and they’re either getting a little anxious, or the mask is uncomfortable. It’s close up against their mouth. Sometimes they breathe in and they can feel it against their lips and it’s not something they’re accustomed to. And it makes people feel out of breath,” Schaffzin said.

And children don’t mind masks unless their parents tell them they should.

“Especially if you make it fun, if you make it colorful or something that they enjoy, kids will not only have no problem but they’ll want to wear the masks,” he added.

“If you normalize masking, which is normal in many countries around the world, the controversy goes away.”

The same goes for hand hygiene.

“You know there are lots of things that we do that we do for our own health that may not impact others’ health. We brush our teeth. Some of us floss, exercise and whatnot, and what we do is we build those methods and those events into our daily routine, so that it feels weird if we don’t do them,” Schaffzin said.

“We’re more likely to notice that we haven’t brushed our teeth than we are to remember brushing our teeth on a given day. And what I would like to see is Covid prevention methods to be similar to that.”

The pediatricians note that it’s true masks can interfere with communication, especially in classrooms, where seeing someone’s mouth or expression might be important.

“We need more data in terms of the social effects of masks and we can’t dismiss that outright,” Schaffzin said.

There are work-arounds. For instance, clear masks, sometimes used at children’s hospitals, can help, he said.

“There’s always a way around it. Humans innovate. It’s what they do,” he added.

‘We can control a pandemic’

“We have not found a way to prevent every respiratory disease, but we do have mechanisms, including hand hygiene and including masking and including avoiding people who are sick, that when we do them together, reliably, we actually can prevent transmission,” Schaffzin said. “We can control a pandemic.”

“What we know, numbers wise, is that we were successful when we put all the measures in place,” she said. But people have started letting down their guard.

“There’s a lot of fatigue around with doing the same things over and over, especially with seeing these peaks come and go and come and go. But what we do know is that when we mask appropriately, especially if you have a well-fitting mask or even a double mask technique, if everyone in a certain area is wearing that appropriate masking, that’s going to be about 95% effective at preventing transmission or spread,” she said.

And that will be the same whether the virus being kept at bay is Covid-19, or RSV, or rhinovirus or parainfluenza virus.