Recovered coronavirus patients are testing positive again. Can you get re-infected? 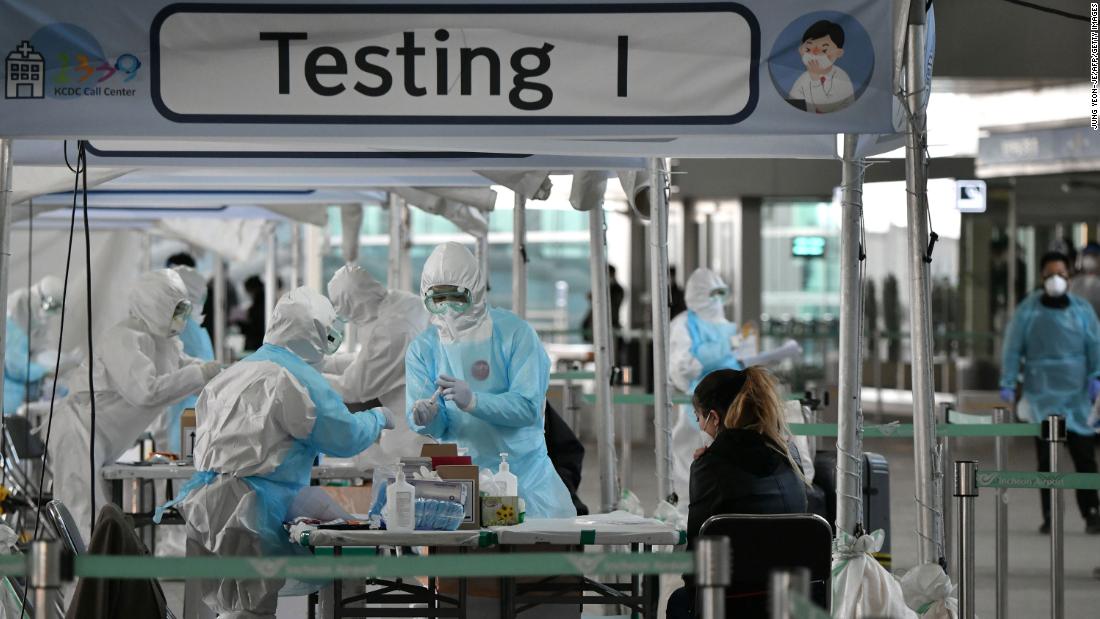 The same has been recorded in China, where some coronavirus patients tested positive after seeming to recover, although there are no official figures.

But patients retesting positive is still a concern around the world, including in countries like South Korea where authorities appear to have brought the outbreak under control.

KCDC deputy director Kwon Joon-wook said that so far, there’s no indication that patients who retest positive are contagious, even though about 44% of them showed mild symptoms.

But he cautioned there is still a lot scientists don’t know about the virus, including the issue of naturally acquired immunity.

“Covid-19 is the most challenging pathogen we may have faced in recent decades,” Kwon said. “It is a very difficult and challenging enemy.”

Finding remnants of the virus?

For now, the most likely explanation of why people are retesting positive seems to be that the test is picking up remnants of the virus.

The KCDC has re-investigated three cases from the same family where patients tested positive after recovering, Kwon says.

In each of these cases, scientists tried to incubate the virus but weren’t able to — that told them there was no live virus present.

Like many countries, South Korea uses a reverse transcription polymerase chain reaction (RT-PCR) to test for the virus. The RT-PCR test works by finding evidence of a virus’s genetic information — or RNA — in a sample taken from the patient.

According to Kwon, these tests may still be picking up parts of the RNA even after the person has recovered because the tests are so sensitive.

“That’s one possible and very strong explanation,” he said.

The same theory was posited by one of China’s top respiratory experts, Zhong Nanshan. In a press conference earlier this week, he said that a recovered person can test positive because fragments of the disease remained in their body.

“I’m not too worried about this issue,” he added.

What are some of the other explanations?

There are other theories for why patients may be retesting positive: there might be an error with the test, or the virus could have been reactivated.

If there’s an error with the test, patients may be getting false negatives or false positives. There are a number of reasons why this could happen, including issues with the chemicals used in the test and the possibility that the virus is mutating in such a way that it is not being identified by the test.

In a public briefing, Kwon said it was unlikely testing would have errors. However, he said scientists have been screening patients who tested positive again, to make sure that their positive result wasn’t just an issue with the test. “We need more further investigation,” he added.

For now, the KCDC is investigating the remaining cases to get a more conclusive answer.

The changing results can be frustrating for patients. Jin Kim, who is hospitalized in the South Korean city of Daejeon, tested positive for coronavirus on March 25 — this week he tested negative, but a day later he tested positive again. The 25-year-old will have to take another two tests at least, as he needs two consecutive negative tests to be declared recovered.

Once he’s discharged from hospital, the government recommends he isolates for two weeks.

Can a person who has retested positive infect others?

Kwon says there is no evidence so far of a person who has retested positive being infectious, adding: “At the moment, we think that there is no danger of further secondary or tertiary transmission.”

That’s also a concern weighing on the minds of people in the US.

Responding to a question about patients retesting positive at the CNN Town Hall on Thursday night, Dr. Deborah Birx, the White House coronavirus response coordinator, said the jury was still out on whether a person who had recovered could still shed infectious RNA strands.

“That’s a question that’s still outstanding — it hasn’t been answered in the studies to date, although people are really working on that now and culturing the virus and seeing if that potential exists,” she added.

After coronavirus patients are declared recovered, the KCDC recomends two more weeks of self-isolation. In an article published in BMJ medical journal this week, Sung-Il Cho, a professor of epidemiology at the Seoul National University Graduate School of Public Health, also advised discharged patients to remain isolated or quarantined for a while to make sure there’s no re-detection of the virus.

What does this mean for antibodies?

When a person is recovering from a virus, their body produces antibodies. Antibodies are important because they can prevent a person from being reinfected with the same virus, as the body already knows how to fight the disease.

The number of recovered patients who have retested positive for the virus has raised concerns about how antibodies work in response to Covid-19.

When asked Thursday whether it was possible for someone to get reinfected, Birx replied: “In biology, you never want to say that that’s not possible.”

She said they had seen coronavirus patients appear to recover and develop antibodies, but there was always the possibility of outliers who did not develop antibodies to the virus. “Those outliers always exist, but right now we don’t have (any) evidence that that’s a common thing that we see,” she said.

The KCDC plans to test 400 specimens from people who have been infected and recovered to see how much — if any — immunity having Covid-19 might give people. Kwon says those tests may take several weeks.

CNN’s Shawn Deng and Jake Kwon contributed to this report.