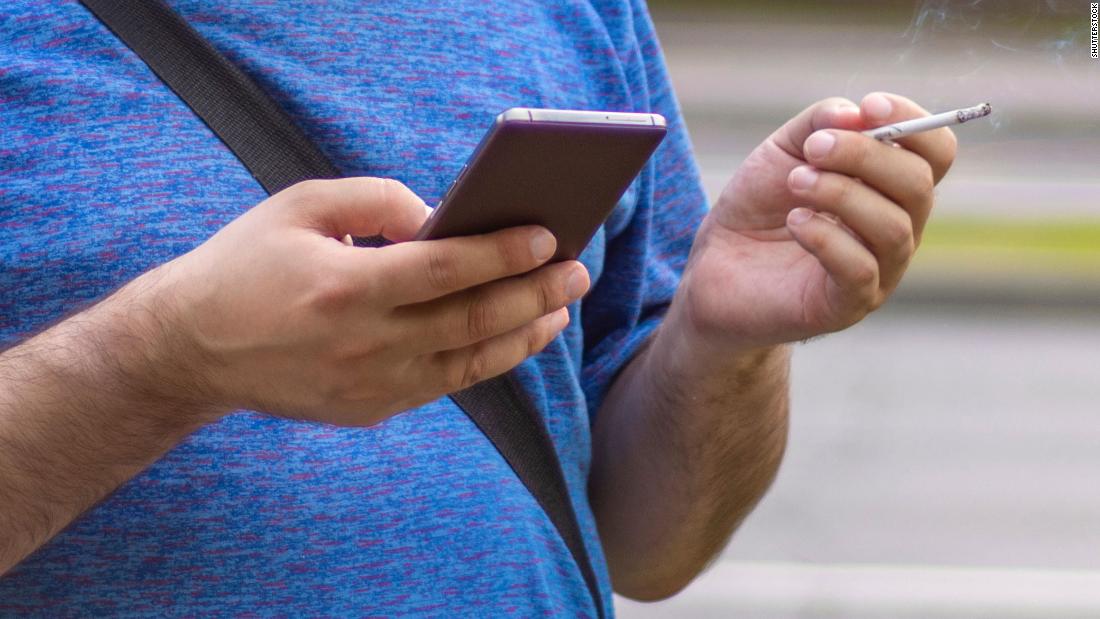 And downloading a smartphone app that takes that approach could increase your odds of success, according to a study published Monday in JAMA Internal Medicine.

“The problem is that when you try to avoid what you’re feeling and what you’re thinking, you paradoxically create more of what you’re trying to avoid,” said Jonathan Bricker, lead author of the new study and a professor in the cancer prevention program at Fred Hutchinson Cancer Research Center in Seattle.

That approach to behavioral change could be beneficial to the more than one in 10 Americans who smoke.

One shortcoming of this tech-driven approach, however, is that it requires people trying to quit to have a smartphone and a working phone line, according to Dr. Panagis Galiatsatos, an assistant professor of medicine at Johns Hopkins School of Medicine in Baltimore and a volunteer spokesperson for the American Lung Association. He was not involved in the study.

“I need primary care physicians to be cognizant of this type of product being available,” he said. However, this should be as an adjunct (to medical care), not as a replacement.”

The majority of his patients are Black, he noted, and the average annual income for those in his surrounding community is about $15,000. Galiatsatos directs the Tobacco Treatment Center at Johns Hopkins Bayview Medical Center.

Although smoking tobacco has fallen to record lows, 34 million Americans still smoke, according to Smoking Cessation: A Report of the Surgeon General, which was released earlier this year.

Beyond proving that an acceptance-based plan could help people cut smoking longer term, Bricker and his team wanted to prove that tracking your progress on a digital app was practically useful. About 490 smoking cessation applications have been downloaded as many as 33 million times, according to data from SensorTower.com.

However, data is limited on how effective they actually are. So Bricker and his team took a deeper look.

The app that helped people accept, rather than avoid, cravings was 50% more effective, the researchers found.

The study team enrolled 2,415 adult cigarette smokers, splitting them into two groups. In the first cohort, participants used iCanQuit, an app that the researchers developed, based on acceptance and commitment therapy, which teaches acceptance of smoking triggers. The goal of that approach is to quit smoking by appealing to one’s values, and to encourage the user to allow an urge to smoke to pass without acting on it.

In the second group, smokers used the National Cancer Institute QuitGuide, an app designed to help people quit smoking by avoiding the triggers that drive people toward cigarettes. The NCI’s app is based on the US Clinical Practice Guidelines for smoking cessation, which motivate people to quit with logic and reason.

The researchers followed up with the participants multiple times between May 2017 and September 2018.

After users download the iCanQuit app, they set a date for when they would like to quit smoking, and then followed the guidance of the app’s virtual coach, who helps them become more aware of specific personal stressors that trigger their tobacco cravings.

By accepting the existence of cravings rather than trying to eliminate them, the app and its underlying approach ease the tug-of-war fight many have with their desire for a cigarette.

“You let go of the rope,” Bricker said.

His team concluded that with every 100,000 smokers who start with the iCanQuit app, 28,000 of them would successfully quit smoking.

“This elevates apps as an effective way of quitting smoking,” Bricker said. “Up to this point, there just wasn’t much data about whether apps worked.”

More than one way to quit

This new study on smoking cessation apps adds to existing research on ways to quit smoking.

And one successful way to help people quit was by creating a financial incentive. A past study published in the New England Journal of Medicine had people deposit $150; the participants received that money back, plus $650, if they successfully stopped smoking. More than half were able to quit, provided they also had access to advice on quitting along with nicotine replacements such as gum or a patch.
Love could also be a powerful driver, found a 2015 study published in JAMA Internal Medicine. Half of the men and women in the study were able to quit if their partner quit with them. On the other hand, only 8% of men’s cessation attempts were successful if their partner did not stop.
Nicotine replacement therapy, such as inhalers, nasal sprays, lozenges and gum, can add considerable heft to quitting efforts. A 2018 review of 150 different tests of such methods showed that these therapies could improve likelihood of quitting by 50% to 70%.

Smokers who are left behind

He praised the study for having a large sample size and using a chronic care model, and for the lengthy amount of time researchers monitored participants in order to ensure that they truly kicked their habit.

Galiatsatos, however, explained that many of his low-income patients have trouble using quitline services to stop smoking because they don’t have a reliable and consistent phone line.

In coming from a lower socioeconomic situation, many smokers don’t have the resources and support that make it fully possible to quit.

“A lot of the populations that smoke are the ones that have health disparities,” he said.