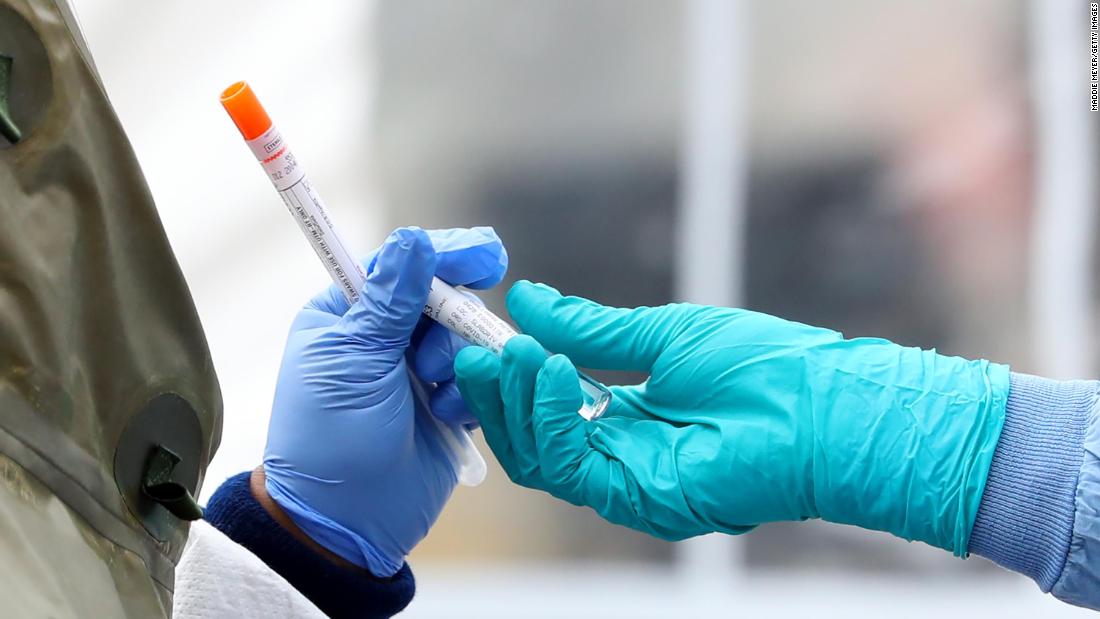 “In my own mind, I’m not convinced that the supply chain will ever keep up with demand, particularly with tweaks in the plans that we’re seeing for contact tracing and so on,” Blank said at a recent media briefing.

Coronavirus testing in the United States has lagged woefully behind the spreading pandemic since the US Centers for Disease Control and Prevention sent out faulty test kits in early February, putting the country at a disadvantage in identifying and verifying where the virus was and who had it, something public health experts have emphasized is critical for reopening society and restoring some semblance of normalcy.

“Although the overall amount of tests performed has expanded, the testing environment continues to be resource constrained and supply shortages persist,” said Kelly Wroblewski, APHL’s director of infectious disease.

Almost 5.8 million Covid-19 tests have been performed in the United States, according to data from Johns Hopkins University’s coronavirus tracker Wednesday. The American Clinical Laboratory Association, which represents hundreds of private labs in the United States, is conducting more than half of all the Covid-19 tests performed in the country, reporting on its social media feed that the labs have performed 3.3 million tests so far. Public health labs and hospitals are conducting the remainder of the testing.
Wroblewski said public health labs are still reporting a shortfall in necessary testing material, including, for example, having only two days’ worth of the products needed to continue testing, such as swabs and chemical reagents — the compounds needed to get a sample off a swab and into a form that can be processed and tested.

“In many parts of the country we’re still not in a place to meet the demand, particularly if that demand expands significantly. Some things have improved but others have not,” Wroblewski said in a recent media briefing.

There are 97 public health laboratories in all 50 states, Washington D.C., Puerto Rico, Guam and the US Virgin Islands.

“While the number of both private and public health laboratories capable of testing is expanding, the country is still facing testing challenges including shortages of materials required for testing (such as laboratory supplies, testing reagents and personal protective equipment). As such, testing needs to be limited to priority groups until sufficient testing supplies become more widely available,” APHL said on its website.

The chief executive officer of APHL, Scott Becker, said part of the problem right now is that the country is expanding testing and creating a Covid-19 testing system.

“This pandemic is showing us how dependent we as Americans are in that laboratory system which is largely invisible,” Becker said.

Becker added that the federal government could really help with production of needed items but said it’s unclear when the issues might be resolved.

But, as part of its blueprint for increased testing, the White House emphasized in Monday’s press briefing that the federal government must be viewed as a “last resort” when it comes to testing and supplies.

Becker said the shortages are a global issue.

“This is not just a US problem. It is our problem right now, but it’s really a problem elsewhere,” Becker said. “As other countries open up and, frankly, do less testing than what is needed here because of the scale and scope of our country, that may help us down, down the road. How long the road is, I really can’t say.”