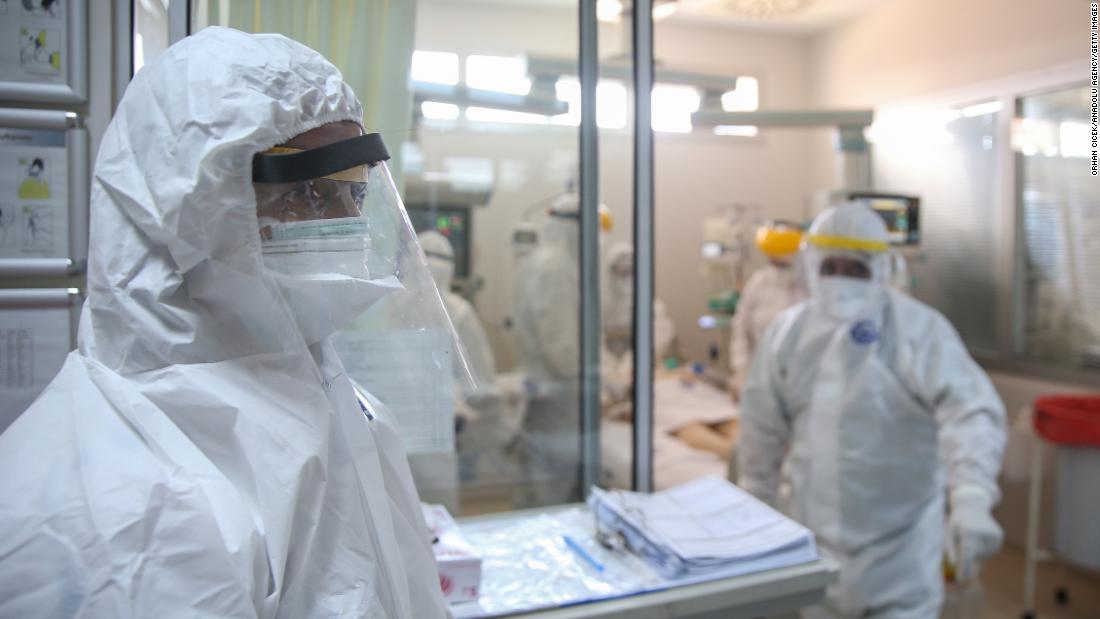 The disorder occurs when symptoms from a psychological trauma disrupt daily functioning for at least a month. The nation has been reeling from the impact of the deadly novel coronavirus for over seven months.

The risk of experiencing pandemic-related trauma that could turn into PTSD is heightened for frontline doctors and nurses and families who have lost loved ones and ill patients, experts say, especially if they have been on ventilators.
In addition, a group of 24 international mental health experts worry that the severe acute respiratory syndrome that occurs in some patients with Covid-19 could infect the brain or trigger immune responses that are detrimental to brain function and mental health in patients. The experts expressed their concerns in a paper published in the Lancet Psychiatry journal in April.

“PTSD, which appears to be common among people who have been hospitalized with Covid-19, remains an underdiagnosed, undertreated, and under researched mental health condition, yet it can have serious long-term consequences,” said senior author Vasiliki Orgeta, an associate professor in the division of psychiatry at University College London, in a statement.

“Our study provides important new evidence of how traumatic experiences can impact brain health, and how the long-term effects of trauma may impact the brain in many ways increasing vulnerability to cognitive decline and dementia,” Orgeta said.

“I am not shocked at all that the most severe levels of stress, post traumatic stress disorder, is associated with dementia,” said neurologist Dr. Richard Isaacson, founder of the Alzheimer’s Prevention Clinic at NewYork-Presbyterian and Weill Cornell Medical Center, who was not involved in the study.

“In the last decade or so, there’s just been an explosion of evidence that stress is absolutely as important as a risk factor for so many chronic medical conditions from Alzheimer’s to diabetes and heart disease,” Isaacson said.

Twice the risk for non-miilitary

Calling the research “the first meta-analysis of global evidence on PTSD and dementia risk,” the study looked at data on nearly 17 million people from 13 studies done on four continents.

People with PTSD faced a 1% to 2% higher risk of dementia up to 17 years later, according to pooled data from eight of the studies.

And it wasn’t military veterans who were at highest risk. People with PTSD in the general population — possibly from physical or sexual abuse, threat of death, car accidents, terrorism or other trauma — were more than twice as likely to develop dementia than adults with no such diagnosis.

Veterans with PTSD were one and half times more likely to develop dementia than vets without PTSD.

Between seven or eight of every 100 people will experience PTSD in their lifetime, according to the National Center for PTSD, a program of the US Department of Veterans Affairs. Women are more likely than men to develop PTSD.

Symptoms of PTSD include flashbacks, in which a person relives the traumatic event in some manner, and include physical symptoms such as a racing heart or sweating. Reoccurring memories or nightmares are also a sign.

People with PTSD will also try to avoid thoughts or feelings related to the trauma, and they can often change their behavior to stay away from people, places or objects that are reminders of the experience.

Cognition and emotional behavior can change with PTSD — having negative or distorted thoughts, having trouble concentrating or remembering, losing interest in activities, feeling isolated and being unable to feel happiness are all common for people with the disorder.

A heightened state of arousal is another key sign. Symptoms include being easily startled, feeling on guard or irritable, behaving in risky or destructive ways or having angry and aggressive outbursts.

It’s not entirely clear why PTSD would bring on dementia, but many of the symptoms of the disorder, such as hypervigilance and re-experiencing the trauma would certainly put the brain on high alert, flooding it with stress hormones, the study suggested.

And since resilience from PTSD is associated with social support and more positive thinking, becoming moody and isolated from family and friends may “reduce cognitive reserve and resilience,” the study said.

“Is post traumatic stress disorder a modifiable risk factor? I would say yes,” Isaccson said. “If we can recognize it, we can mitigate it with stress reduction techniques, with seeing qualified medical professionals, by using pharmacologic and non pharmacological treatments, by seeing a psychiatrist or seeing a therapist. We also need more research on how to minimize stress in order to protect brain health over time.”

CNN’s Amy Woodyatt and Jacqueline Howard contributed to this report.