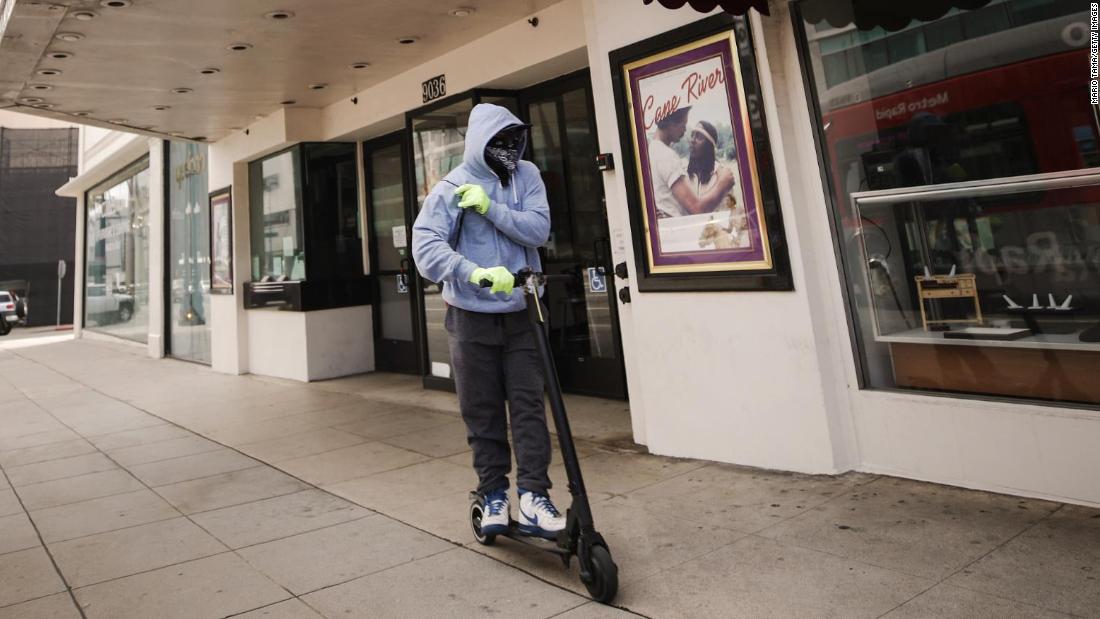 Trump has claimed that “when it gets a little warmer [the virus] miraculously goes away.”

In their letter to the White House, members of a National Academy of Sciences committee said data is mixed on whether coronavirus spreads as easily in warm weather as it does in cold weather, but that it might not matter much given that so few people in the world are immune to coronavirus.

“There is some evidence to suggest that [coronavirus] may transmit less efficiently in environments with higher ambient temperature and humidity; however, given the lack of host immunity globally, this reduction in transmission efficiency may not lead to a significant reduction in disease spread without the concomitant adoption of major public health interventions,” according to the letter.

The letter noted, for example, that a study of the outbreak in China showed that even under maximum temperature and humidity conditions, the virus spread “exponentially,” with every infected person spreading it to nearly two other people on average.

Dr. William Schaffner, an infectious disease specialist at Vanderbilt University Medical Center, who is not a member of the NAS committee, said, “Although we can hope weather will make some contribution to the reduction in transmission, we can’t rely on it alone. We have to continue to employ social distancing and other measures to reduce transmission.”

President Trump has said coronavirus will recede with warmer weather.

“A lot of people think that goes away in April with the heat — as the heat comes in. Typically, that will go away in April,” he said on February 10 in remarks to the nation’s governors.
Trump repeated the claim later that day at a political rally in New Hampshire.

“Looks like in April, you know in theory when it gets a little warmer it miraculously goes away,” he said.

He said it a third time that day on an appearance on Fox News.

“You know in April, supposedly, it dies with the hotter weather. And that’s a beautiful date to look forward to,” he said.

Schaffner, an adviser to the US Centers for Disease Control and Prevention, noted that the NAS report gives “a more sobering assessment” of the situation than Trump did.

The letter from the NAS scientists notes that some laboratory studies have shown reduced transmission of the virus under warmer and more humid conditions, but that it’s still a concern.

The letter describes how Chad Roy, a researcher at Tulane University, subjected the virus to hot and humid temperatures in the laboratory, and studied it for 16 hours.

Roy reports “surprisingly” that new coronavirus lived longer than flu, monkeypox, tuberculosis or the coronavirus that causes SARS, known as severe acute respiratory syndrome, according to the letter from the NAS’s Standing Committee on Emerging Infectious Diseases and 21st Century Health Threats.
The scientists sent the letter to Kelvin Droegemeier at the White House Office of Science and Technology Policy.

The letter points out that in the real world, the virus is still transmitting in countries with warm weather.

“Given that countries currently in ‘summer’ climates, such as Australia and Iran, are experiencing rapid virus spread, a decrease in cases with increases in humidity and temperature elsewhere should not be assumed,” according to the letter.

The letter also notes that while flu typically is seasonal, that’s not necessarily the case when there’s a new strain of the flu and very few individuals have any immunity.

New strains of flu have broken out in warm and cold weather, and then there’s been a second wave about six months later.

Dr. Paul Offit, an infectious disease specialist, noted that while the coronaviruses that cause the common cold are seasonal, this new coronavirus is different because it originated in animals, not humans.

“It’s unclear how this virus is going to act,” said Offit, a professor of pediatrics at Children’s Hospital of Philadelphia.